Work and pensions secretary Iain Duncan Smith has launched another government attack on disability living allowance (DLA), claiming that spending on the key disability benefit had “spiralled out of control”.

Duncan Smith told MPs during the final day of the budget debate that the DLA system had been “vulnerable to error, abuse and, in some cases, outright fraud”.

Duncan Smith also confirmed that the government would implement new rules agreed by MPs last year, which will allow severely visually-impaired people to claim the higher rate of the mobility component of DLA, instead of the lower rate.

Later in the debate, Conservative MP Stewart Jackson complained that 6,000 of his constituents “languish” on DLA, and “most shockingly, more than 1,000 of them languished on that particular benefit for more than 12 years”.

Maria Eagle, Labour’s former disabled people’s minister, said: “People who work receive DLA. It is not a benefit that one languishes upon. It is a recognition from society that disabled people need a little extra support to enable them to participate in life.”

She said the introduction of a new medical test for those on DLA “looks like harassment”, and appeared to be a way of cutting the number of people on DLA by a fifth in order to save money.

Following the debate, Anne Kane, policy manager for Inclusion London, said the government had clearly been trying to condition people, including MPs, to accept that cuts to the IB and DLA budgets were “unavoidable” and “necessary”, when they were not. 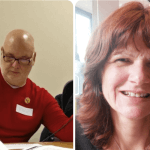 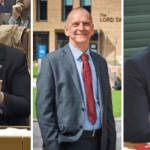 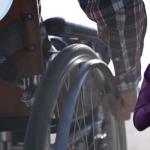