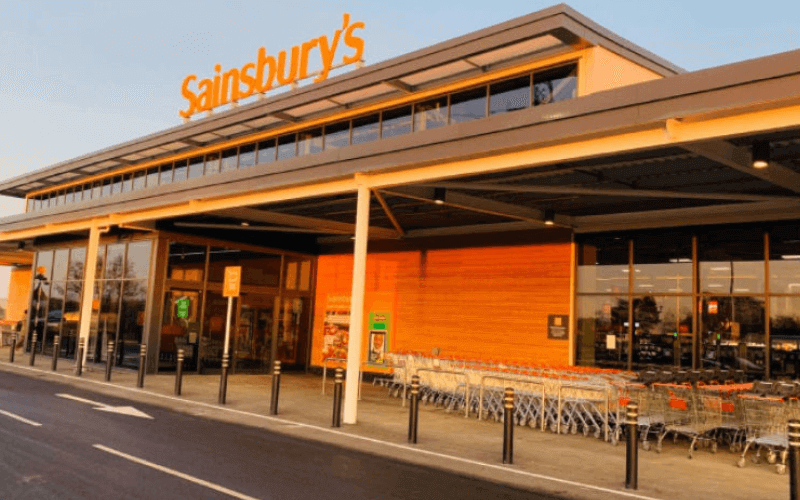 Supermarkets are facing mass legal action from disabled people left anxious and distressed because they are unable to buy food and other groceries during the coronavirus crisis.

At least 30 disabled people have instructed solicitors to begin legal action against various supermarkets for discriminating against them under the Equality Act by failing to make the reasonable adjustments needed for them to shop safely.

Many of them have found it impossible to order home deliveries online, because they are not in the small proportion of disabled people seen by the government as being “extremely clinically vulnerable”.

Some of the claimants could shop safely in-store if their local supermarket was willing to make reasonable adjustments for them, but are prevented from doing so, for example, by having to queue to enter the store – with no seats while they are waiting – or not being allowed to bring a companion with them to help them shop.

They also accuse the supermarkets of ignoring their written complaints.

Solicitors Fry Law, who are acting for the group, are still seeking other disabled people who have had problems with supermarkets since the COVID-19 pandemic began*.

Fry Law is taking the cases on a no-win no-fee basis, but it will not take any success fees – usually 25 per cent of the pay-out – if its clients secure any damages.

The supermarket chain that has drawn most complaints so far about breaches of the Equality Act is Sainsbury’s.

One of the claimants, who is autistic and a wheelchair-user, has described how the failure to secure regular deliveries from Sainsbury’s has been a “huge source of anxiety”, despite being an online customer for 10 years.

She says her email complaint to the supermarket had been ignored.

Although she is seen as being “at risk”, because of her health conditions, she is not one of the 1.5 million people in England on the government’s list of those most at risk from the virus and so is not seen as a priority for home deliveries, even though she receives the enhanced rates of personal independence payment for both daily living and mobility.

One night, she told Fry Law, she had to check the website multiple times between midnight and 5.30am to try to secure an available slot for a food delivery, before one eventually came up at 8.30am.

She said it had been “very distressing” to have such a disruption to her routine deliveries, and not to be able to order the food she usually eats, which has affected her strict menu planning and means “every day is a panic of what can I cook to eat”.

If she shopped in person, it would mean multiple risky trips to the supermarket because she would be unable to buy a week’s worth of groceries at a time, and would be unable to ask for help from staff and members of the public because of the need for social distancing.

A second disabled claimant, who has health conditions that put her at increased risk from the virus, and is a wheelchair-user, described how she had found the process of trying to secure online deliveries from Sainsbury’s “chaotic and stressful”.

She is unable to visit the supermarket and although she managed to register as one of those most at risk with Sainsbury’s, she said she had not found any delivery slots available, nearly two weeks later.

She found a “click and collect” slot by chance and has had to ask a volunteer to collect it for her.

She told Fry Law: “Both government policy and supermarket policy is leaving lots of us with no way to get food.

“I couldn’t get food before so why do they think I can suddenly get it now?

“If you are able to hold them accountable, that would be fantastic. We need to come out of this in a stronger position, not with our rights for equality eroded.”

Another of the disabled claimants, who is blind, described in his letter of claim to one of the supermarkets – not Sainsbury’s – how he had been forced to register with a local foodbank because of the difficulty of securing a home delivery, which he had found “degrading and stressful”.

He has managed to book only two deliveries in the last two months.

Chris Fry, founder of Fry Law, said some of the disabled people who were taking legal action were “living hand to mouth” and having to use foodbanks because it was impossible to obtain regular supplies of groceries.

He said: “We don’t want to be seen to be making things worse, but we can’t just sit back and let disabled people be ignored by the supermarkets.”

Fry said there were “fairly easy fixes” the supermarkets could use to make their services more accessible.

He said: “The supermarkets are making a substantial return at the moment, and as far as I am concerned the fix with this is fairly inexpensive.

“It’s really about re-allocating resources and changing websites to improve accessibility and finding ways to work with disabled people’s organisations, to work out what is necessary instead of trying to do it themselves.”

He said that one of the key concerns was the failure of the big retailers to talk to disabled customers and disabled people’s organisations about their concerns.

Fry said he hoped the supermarkets would resolve the legal action before Fry Law had to begin litigation which could end in court.

He said: “People are coming to us because they have been told that their complaint emails are being ignored as a matter of policy.

“They are clearly not disturbed by bad PR. Maybe they will be disturbed if they find themselves receiving hundreds of letters from lawyers.”

The British Retail Consortium (BRC) said it could not comment on ongoing legal cases.

But Andrew Opie, BRC’s director of food and sustainability, said: “While most supermarkets are ramping up their online delivery operations, these account for only about eight per cent of all food sales.

“It would be impossible to deliver to all of the 11-plus million people classified as long term ill, impaired or disabled in the UK.

“Supermarkets are focused on the most vulnerable, using lists provided by the government, and we urge everyone to do what they can to support elderly, vulnerable or disabled neighbours in getting the essentials they need from stores.”

He added: “Retailers are working with government to identify and support elderly, vulnerable and disabled customers.

“While they are increasing capacity to meet the large surge in demand and prioritising delivery to these groups where possible, many are also encouraging those who are able to shop in-store to do so.

“It is important to support one another during this pandemic and everyone should consider whether there are vulnerable neighbours they can support by shopping on their behalf.

“These measures will help alleviate the pressure on delivery services and ensure that slots are available for those with the greatest need.”

A spokesperson for Sainsbury’s also said he could not comment on the legal case.

But he said Sainsbury’s was “committed to serving the nation’s most vulnerable people” and had been the first supermarket to prioritise all its delivery slots for “elderly and vulnerable customers”.

He said: “Initially we used our own existing data for elderly and vulnerable customers and helped others find delivery slots through our Careline team; now the government is helping supermarkets to identify the most vulnerable people.

“We have significantly increased our home delivery service. Four weeks ago, we had 370,000 online grocery slots available and we have now increased this to 600,000 across home delivery and click and collect.”

He also said that Sainsbury’s allowed personal assistants or carers to accompany “elderly or vulnerable customers” on their shopping trips, even though stores generally only allow one adult per family “to help adhere to the government guidance on social distancing”.

He added: “In addition to this, every Monday, Wednesday and Friday, all our supermarkets are dedicating 8am to 9am to prioritise store access to elderly customers, disabled customers and their carers.”

*To request that your case is added to the legal action, complete and submit this form