You are here: Home / Independent Living / Councils apologise over ILF delays and confusion, but blame government 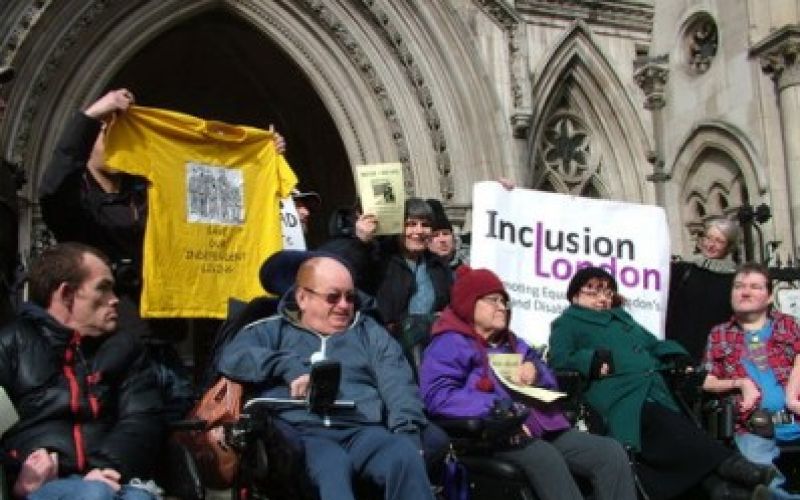 Fresh evidence has emerged of delays and cuts to care packages as local authorities prepare for the closure of the Independent Living Fund (ILF).

The Association of Directors of Adult Social Services (ADASS) has admitted to Disability News Service (DNS) that there are problems with the transition process – ahead of the fund’s closure at the end of this month – but insists that central government is to blame.

Last week despite many ILF-users telling DNS that they had yet to be informed by their own local authorities how much support they would receive once the fund closed both the Department of Health (DH) and the Department for Work and Pensions (DWP) refused to comment on the apparent confusion and delays.

Now both DWP and DH have been accused of “washing their hands” of the problems caused by the decision to close ILF, and the failure to plan for its closure.

Faced with reports of problems across England, ADASS today (Thursday) apologised for the problems ILF-users were facing.

Ray James, president of ADASS, said: “We are concerned by any evidence that people who use our services are not satisfied with them and we recommend strongly that individual councils should engage with local recipients of the Independent Living Fund as soon as possible.”

But he said the closure was “very much at the behest of central government, and comes at a time when local authorities are reeling from a £4.6 billion reduction in their budgets in the past five years”.

James said directors were doing all they could “in an extraordinarily difficult financial environment”, and had already been hit by the need to carry out extra assessments of disabled people following last year’s Supreme Court rulings on deprivation of liberty safeguards.

He admitted that there “will be some difficulties for which I am sorry”, but that most authorities would be “pressing ahead” in line with guidance published last November by ADASS, ILF and the Local Government Association.

James said the problems with transition “should have been envisaged by central government”.

He said: “Where there are difficulties I urge colleagues to resolve them as swiftly as possible.

“They would have been caused by a lack of money: not a lack of concern.”

ILF is a government-resourced trust which helps about 16,500 people with the highest support needs to live independently, but the coalition government decided that it should close on 30 June, with one year’s worth of non-ring-fenced funding transferred to councils in England, and to devolved governments in Wales and Scotland.

Sue Bott, former director of the National Centre for Independent Living and now deputy chief executive of Disability Rights UK (DR UK), said: “There is a lot of concern and confusion out there.”

She has spoken to four ILF-users in three local authorities whose councils have indicated that their care packages will be cut, following reassessments. All four are appealing against those decisions, a step she said DR UK would always recommend in such circumstances.

She said both DWP and DH appeared to be “washing their hands” of the consequences of ILF closure, while the Department for Communities and Local Government could also not escape blame.

She said: “It is not a good example of good government and joined-up government. It just seems that the two departments [DWP and DH] never talk to each other, which is extraordinary.

“It is people trying to get on with their everyday lives who suffer the consequences.

“Good joined-up government is what a minister for disabled people is supposed to ensure. It clearly hasn’t happened in this case.”

Bott said that the transition work of ILF itself had been “exemplary, and they have done absolutely everything that they can”.

But she said: “ILF-users have been caused an awful lot of anxiety. It is really not acceptable because this is not anxiety about some little matter that may not happen.

“This is about people’s basic quality of life and what happens to them on a day-to-day basis.

“We are talking about people with the highest social care needs. I think a lot more could have been done to resolve people’s anxiety.”

Some ILF-users are receiving better treatment from their local authorities.

Consultant and campaigner Miro Griffiths has been told by his local authority – Wirral council – that his overall package will stay the same for the rest of the year after ILF closes.

He said: “They were fairly empathic to the situation but were unable to explain what happens after the first year.”

Meanwhile, solicitor Kate Whittaker, from lawyers Scott-Moncrieff, working with ILF-users, Inclusion London and Disability Sheffield Centre for Independent Living, has produced a new guide for ILF-recipients and other people with high support needs.

The guide aims to help ILF-users “understand legal and practical issues about community care assessments and support and how it will apply to them” following the ILF closure.

Disabled People Against Cuts is organising a lobby of parliament on Wednesday (24 June) in a final bid to persuade MPs to reverse the closure, and is asking as many ILF-users and supporters as possible to attend.

Pictured: ILF-users protesting against the closure of the fund 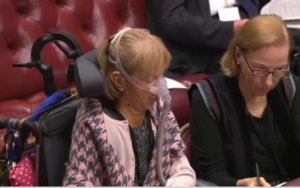