You are here: Home / Arts, Culture and Sport / Countdown to Rio: Cockroft pushes harder and further than ever in bid for gold 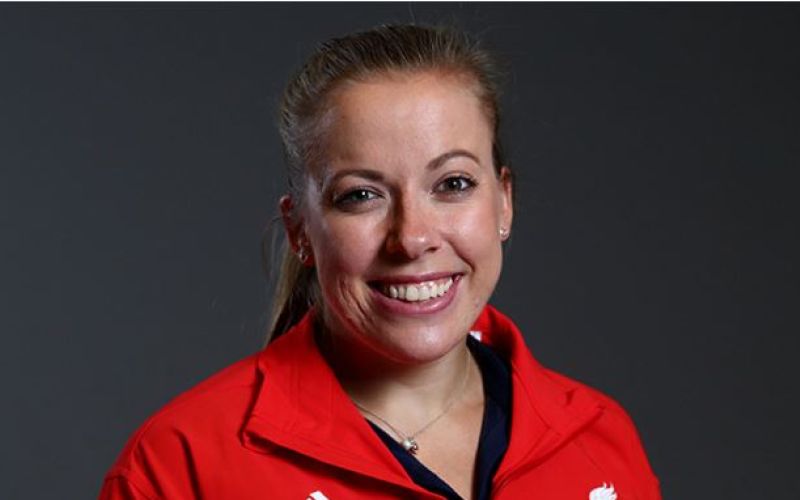 Hannah Cockroft admits she has loved every minute of the celebrity lifestyle that has come in the wake of her two track gold medals at the London 2012 Paralympics.

She’s been seen at awards ceremonies, taken part in fashion shoots, and appeared on television programmes such as Countryfile, Celebrity Mastermind and 8 out of 10 Cats.

But none of that means she has taken it easy in training.

In fact, she says, she has pushed herself even harder than in the lead-up to London 2012, her debut games at the age of 20, which came only five years after being introduced to wheelchair racing by Dr Ian Thompson, husband of Paralympic legend Baroness [Tanni] Grey-Thompson.

“It has been completely different,” she told Disability News Service (DNS) earlier this summer. “A long session prior to London was six miles; a short session now is 10 miles. My mileage has gone through the roof.

“I have definitely pushed myself this year harder than I ever have.”

Partly this is because she knows the competition is edging closer to the previously unbeatable Cockroft.

One of those competitors is 15-year-old Kare Adenegan, who watched Cockroft race four years ago in London and made headlines last September after becoming the first athlete to beat her in her senior career.

“I had the shock defeat last year, the first ever loss of a race I guess and that really drove me to be, like, ‘The world is catching up, I need to go quicker,’” she says.

And whereas she believes she is still unbeatable over 100 metres, she is not so sure that will apply over the longer distances.

But she adds: “I don’t see any point in going to a games and not expecting the best of yourself. If I go into a race expecting a silver that’s probably what I’m going to get.

“I am still learning it, I haven’t got that much experience in the 800 and it’s going to be a challenge.

“So I truly believe if I get everything right I can win three gold medals, but we will see what the other girls bring.”

Looking back at the last four years, Cockroft admits now that she tried to do too much.

She was enjoying the celebrity red carpet, she moved away from home for the first time, and she went to university.

“I tried to do a lot of things, which I kind of feel was the wrong decision now, but I tried it,” she says. “Sometimes it worked and sometimes it didn’t.

“To go full-time at university and move so far from home, from my support network, that was tough.

“I was driving 40 miles a day to get to training and back, I was in lectures for the full nine-to-five and then trying to fit two sessions in around it, and obviously I was living on my own for the first time, so learning to use a washing machine, and learning to cook.

“I really washed myself out, I really drained myself, and it was tough.”

She stepped back from all those commitments by taking a gap year from university this year, having already gone part-time after her first year at university.

Cockroft has been one of the more outspoken Paralympians since London 2012, and DNS has already reported her concerns at an imminent reassessment of her eligibility for disability benefits.

Like many other Paralympians, she uses her disability living allowance (DLA) to lease a Motability vehicle.

But DNS reported last month how some Paralympians who had been claiming DLA have already lost their Motability cars after being reassessed for personal independence payment (PIP).

Cockroft says: “I haven’t yet been hit by PIP, I haven’t been called up for my assessment, but honestly, it scares me.

She also expressed her concern for the many disabled people who have already lost their Motability vehicles as a result of being reassessed, after DNS told her that Motability expected 35,000 of its customers to have to hand back their keys in 2016.

Cockroft, who is now back living with her parents in Yorkshire, adds: “I know people will say, ‘Oh, you can afford a car, you can afford this, you can afford that,’ but the truth of the matter is I am a Paralympian so I don’t actually make enough money to even move out of my parents’ house. I can’t live without my car.”