You are here: Home / Benefits and Poverty / Government ‘has stripped Paralympians of their Motability vehicles’ 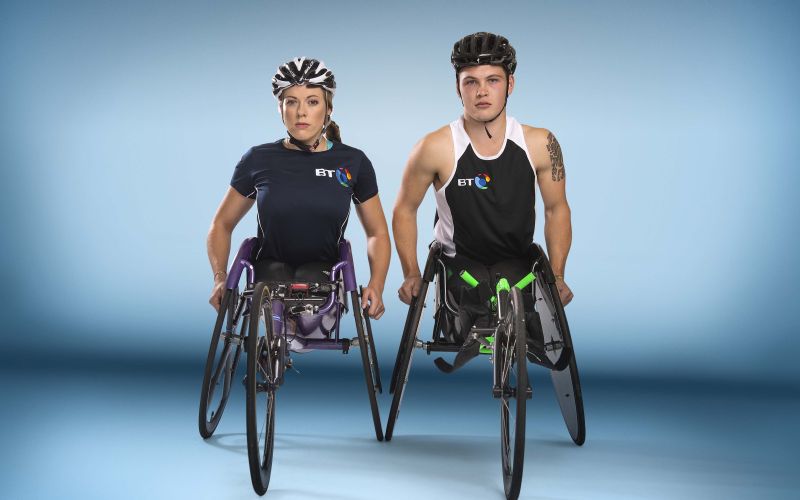 Paralympians heading to Rio next week have lost their Motability vehicles after being reassessed as part of the government’s programme of benefit cuts and reforms, a member of the ParalympicsGB team has revealed.

Some Paralympians have spoken previously of the importance of the support they receive from the benefits system particularly through disability living allowance (DLA), but this is the first confirmation that any of them have lost that support as a result of the government’s austerity programme.

The concerns were raised by wheelchair-racer Ben Rowlings, one of the young track stars of the British team, who is set to compete in the T34 100 metres and 800 metres in Rio, and holds the British record at 100, 200, 400 and 800 metres.

He currently receives the higher rate mobility component of DLA, which has allowed him to use that payment to lease a vehicle through the Motability scheme.

But like hundreds of thousands of other disabled people, he has been told he will be reassessed for the government’s new personal independence payment (PIP) – introduced in 2013 in a bid to cut working-age DLA spending by 20 per cent – and that an assessment of his eligibility will take place next year.

The Shropshire resident does much of his training 50 miles away in Coventry, alongside fellow Paralympians Kare Adenegan and Mel Nicholls, and told Disability News Service this week that the PIP reassessment could put his career in jeopardy if it results in him losing his Motability car.

He said: “It is something that’s on my mind because without the access to having my Motability car… I wouldn’t be able to get to any of the training that I do.

“I need my car, I need the support to get me around to places, and training and work, because racing is my job, and without the support of the Motability [car] and the DLA, I wouldn’t be able to get to training.”

The 20-year-old said he knew of fellow Paralympians who have already lost their Motability cars after being reassessed for PIP.

He said: “There have been Paralympians who have been told that they are too able to claim Motability and they have had to fight to get the cars back because they have been taken off them.

“I don’t know too much about it, I haven’t spoken to them about it because that’s a personal matter for them, but it’s something I’m a little bit concerned about.”

He said he was not comfortable providing further details about colleagues, and could not say how many fellow team-members had lost their Motability vehicles, but added: “All I know is anyone with disabilities is getting assessed at the moment, so it’s a possibility for any of us.”

Last month, another ParalympicsGB star wheelchair-racer, Hannah Cockroft (pictured with Rowlings), told DNS she was “scared” that she would lose her independence when she was reassessed for PIP.

Cockroft, who won double gold at London 2012, has also yet to be assessed for PIP, but she said that she was dreading her eventual reassessment, the possibility of having her support cut, and potentially losing the car she leases through the Motability scheme.

Motability has said that it expects 35,000 vehicles will have to be returned by disabled people during 2016 as a result of the PIP reassessment programme.

Of Motability customers reassessed for PIP so far, 44 per cent of them have lost their entitlement to the scheme and have had to hand their vehicles back.

Activists who took part in a national day of action last month – organised by Disabled People Against Cuts (DPAC), WinVisible and the Mental Health Resistance Network – said they believed PIP was “rotten to the core”, and pointed to growing evidence of the “shoddy nature” of PIP assessments, which are carried out by the government’s contractors, Capita and Atos.

The British Paralympic Association – which manages the ParalympicsGB team – has not responded to a request for a comment.

Asked how removing a Motability vehicle from a Paralympian training for Rio would have helped their medal efforts, a Department for Work and Pensions spokeswoman said: “This question is unfounded.

“Decisions on Motability are made based on claimants’ individual needs and after consideration of all the evidence, including an assessment and information provided by the claimant and their GP.

“All claimants have the opportunity to appeal their decision.”

Asked how many Paralympians had lost their Motability vehicles after being reassessed, she said: “We do not ask PIP claimants whether they are Paralympians, and they are not required to disclose this information when making a claim.

“Therefore, we are unable to answer this question.”

Asked if DWP accepted that DLA and PIP played a vital part in providing the support that disabled people need to live independently and contribute to society, she said: “Yes. DLA and PIP provide important support for those who have been assessed as meeting the criteria for the benefit(s).”

Meanwhile, research by the MS Society suggests that up to one in 10 of the 100,000 people with multiple sclerosis in the UK could lose the highest rate of mobility support as a result of the PIP reassessment process.

The charity has estimated that more than 1,000 people with MS have already had their benefits cut since PIP was introduced.

Under DLA, 93 per cent of people with MS who received the benefit [not everyone with MS claims DLA or PIP] were awarded the highest rate of the mobility component, and of the 4,349 DLA claimants with MS who have so far been reassessed and awarded any kind of PIP award, only 70 per cent have received the equivalent rate.

The charity is calling on people with MS to share their experiences of the reassessment process with the government’s second independent review of PIP.

*The Motability scheme is still growing slowly overall, at about 1.5 per cent a year, because of the number of new members joining, and currently has 651,000 vehicles (636,000 through the car scheme and 15,000 powered wheelchairs and scooters). Motability expects the overall number of customers to start falling at some stage in the reassessment process but does “not expect the number of vehicles to fall below 600,000 over the next few year”.

**This payment applies to those customers who joined the scheme before January 2013.