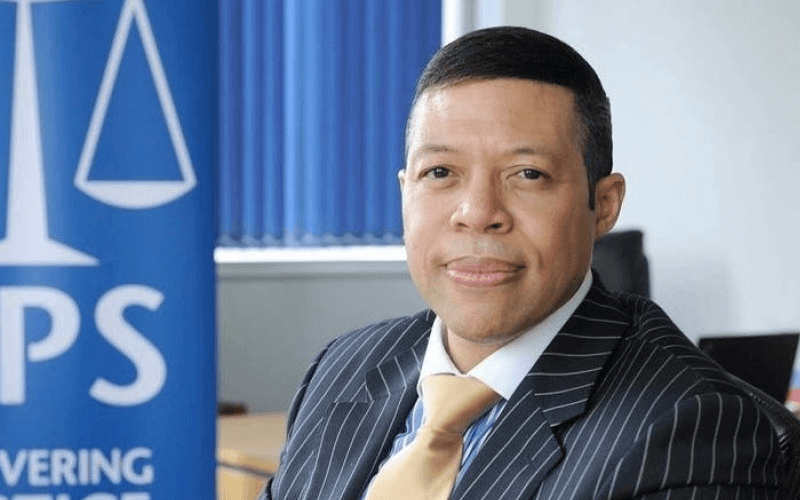 The figures are closely linked to the fall in the number of disability hate crime cases being passed by police to CPS for charging decisions, which has fallen from 924 in 2014-15 to just 243 last year.

Lionel Idan (pictured), who only took on the role of hate crime lead for CPS last year, said the continuing fall in the number of disability hate crime cases being passed to CPS by police forces in England and Wales was “alarming”.

He said CPS had itself “got to do more” but he insisted that it was working with the police and other organisations to increase the number of prosecutions.

He said he was working closely with police forces to investigate why they were referring so few cases to CPS.

He made the comments just a week after Mark Hamilton, hate crime lead for the National Police Chiefs’ Council (NPCC), told DNS that the performance of police forces across the country in providing justice for victims of disability hate crime was “not good enough” and must improve.

The number of cases being passed by police forces to CPS plunged by a fifth last year, despite the number of disability hate crime allegations reported by disabled people to the police in England and Wales rising by more than 40 per cent to above 14,000.

Police forces across England and Wales passed just 243 disability hate crime cases to CPS in 2021-22 to decide whether the alleged offender would be charged.

Idan, who is also chief crown prosecutor for London South, told DNS it was crucial to continue with CPS’s joint work with the police so they could turn disability hate crime cases that “we never get to see” into prosecutions.

One way CPS is doing this is by engaging with the “no further action” scrutiny panels that police forces are setting up, and which analyse why cases are not being passed to prosecutors.

Idan said that NPCC’s plan to audit the disability hate crime work of police forces around the country would be important, but he declined to comment on the Home Office’s failure – so far – to fund that work.

He said: “I know the police have been lobbying on this. It’s not really something I can comment on.”

One area in which CPS has been successful is in increasing the proportion of cases in which courts agree to increase sentences after applications from prosecutors for an “uplift” for those convicted of disability hate crime.

He said: “There’s more work to be done.”

He said the key to this was to ensure that police forces gather the evidence of hostility towards disabled people that prosecutors can present to the court when sentencing is being considered.

Idan and CPS are firmly behind three recommendations made by the Law Commission last year that would make it easier to secure convictions for disability hate crime.

The commission called for new standalone “aggravated offences” that would cover disability hate crime, to mirror those that currently only apply to racial and religious hostility.

This would mean, if accepted by the government, that an offender could be charged with an offence – such as assault, harassment or criminal damage – that was aggravated by hostility towards a disabled person.

The commission also called for existing offences of stirring up hatred, which again currently only apply to race and religion, to be extended to disabled victims.

And it said the law should be changed so that an offender could be found guilty of a disability hate crime offence if they had been “motivated” by “hostility or prejudice” towards disabled people, rather than – at present – only by hostility.

The Home Office has yet to respond to the Law Commission’s report, which was published last December.

Idan said he has been talking to CPS regions across the country on the importance of joint working with the police and other organisations, and had discussed it with the CPS external consultation group on hate crime, and has been told it is taking place.

He said: “Whether that has always been the case, possibly not, but the will is there, the joint approach is there.

“There is a genuine, genuine approach to doing this together and learning from each other.”

And he said it was “absolutely crucial” that CPS engaged with organisations run and controlled by disabled people, and improved the support offered to victims of disability hate crime.

Idan declined to make any promises that the number of prosecutions would rise next year, because it will partly depend on other organisations, but he said: “The will is there, and I would like to see a huge increase; that’s always been my priority since I took up my role.

“I am hopeful… I am going to move every stone I can to make it happen.”

He called on disabled people to continue to report disability hate crime to police, despite the current “lack of trust”.

He said: “Do report hate crime. I know it doesn’t look good, the figures. I know it puts people off reporting.”

Idan said that he and others in CPS were “passionate about trying to bring offenders of this appalling crime to justice”.