You are here: Home / Politics / Cuts and lack of leadership have had ‘chilling effect’ on access to justice

Four legal experts have told peers of their serious concerns about the government’s commitment to enforcing disabled people’s rights through the Equality Act.

Senior representatives of the Bar Council, the Law Society, the Discrimination Law Association (DLA) and the Law Centres Network were giving evidence to the Equality Act 2010 and disability committee, set up by the House of Lords to examine the act’s impact on disabled people.

Lucy Scott-Moncrieff, of the Law Society, said there was a “lack of leadership” in the government and elsewhere and a “lack of commitment” to making the Equality Act work.

She said the Law Society wanted the committee to consider how to restore the “transformative” and “radical” approach – based on the social model of disability – brought in through the Disability Discrimination Act in 1995.

She said the Law Society wanted to see the government incorporate the UN Convention on the Rights of Persons with Disabilities into domestic law, which would be “a helpful indicator of that commitment and would make a practical difference to enforcement of the Equality Act” and give it “teeth”.

Barbara Cohen, giving evidence on behalf of the DLA, told members of the committee, including disabled peers Baroness [Jane] Campbell, Baroness [Sal] Brinton and Baroness [Celia] Thomas: “Employers do not have the same imperative to ensure they are operating a discrimination-free workplace.”

Rachel Crasnow QC, giving evidence on behalf of the Bar Council, said the introduction of fees and the subsequent drop in claims had had a “significant chilling effect” on access to justice for poorer members of society.

She said: “We are very concerned at the impact that has had on all individuals who wish to make claims and in particular the most vulnerable litigants, often those with disabilities.”

She said that employers tended now to have a “far more bullish approach” to reaching an agreement with an employee taking a discrimination case during the conciliation process.

She said: “There are far fewer claims being brought and that has a huge impact on industrial relations as a whole and on how workplace policies are updated and renewed.”

Douglas Johnson, of the Law Centres Network, said the Equality Act was generally “fine”, but the key problems were with its enforcement.

Those grants had only been introduced by EHRC because there were “so few cases being brought in goods and services that it was quite clear that the Disability Discrimination Act was simply not being enforced in those areas”.

He said: “There is practically no funding now for advice on discrimination law and people are all at sea on this.”

He added: “There are precious few law firms around the country that will go anywhere near a discrimination case.

“It is simply not cost-effective for most firms of solicitors to take that risk.”

Crasnow said: “We think an enormous number of disabled people have no idea that the obstacles that they come across on a daily basis, whether it is to do with accessibility or charges, or a whole range of matters in their local communities, are simply unlawful.

“And the question of how to educate both the providers of goods and services and the individuals themselves is a really key concern for us.”

The panel were also critical of EHRC for repeatedly failing to use its statutory powers to enforce the Equality Act.

Cohen said DLA was “particularly disappointed that the EHRC has been so reluctant to use its statutory enforcement powers” against organisations that have been discriminating against disabled people and other protected groups.

She said the commission had only recently embarked on its first statutory investigation in eight years of operation, and had “far too often chosen not to use its unique position to engage in public discussions” when disability discrimination had been exposed.

She said: “Issues come and go. We have listened, we looked for and we do not hear the EHRC helping us to understand that there are some real issues there.

“It is not carrying out what we think is a fundamental educational role.”

And Crasnow was critical of EHRC for usually only funding legal actions by “intervening” at the later appeal stage, rather than playing a role in important cases “lower down”. 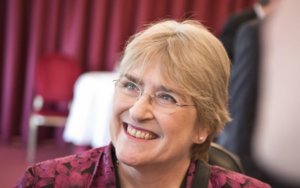 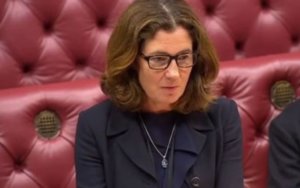 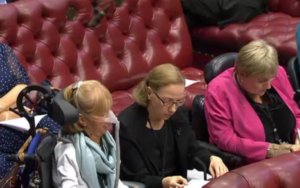