You are here: Home / Politics / Dame Anne’s warning to disabled people: ‘Be afraid, be very afraid’ 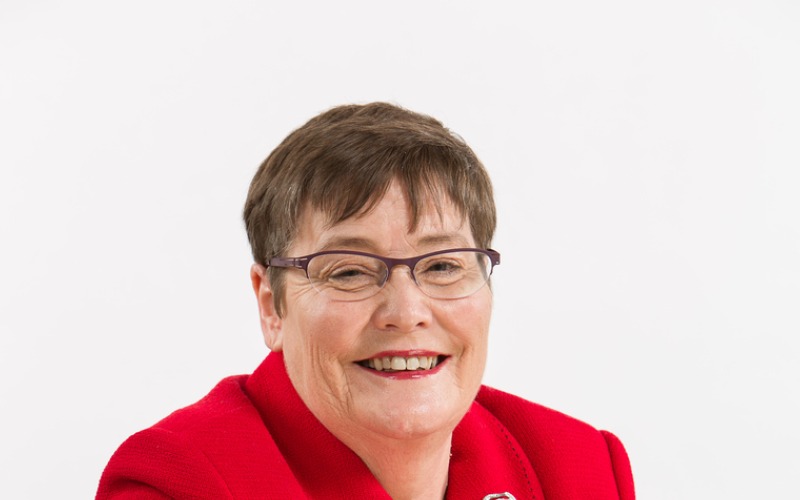 A disabled Labour MP who lost her seat in last week’s general election has warned disabled people to “be very afraid” about the prospect of five years of a Conservative-only government.

Dame Anne Begg had won the marginal Aberdeen South seat four times and had been an MP for 18 years, but was a victim of the SNP landslide in Scotland, losing by more than 7, 000 votes.

Dame Anne was chair of the influential Commons work and pensions select committee, whose reports held the Department for Work and Pensions (DWP) to account over the coalition’s welfare reforms.

Now she fears that disabled people will bear the brunt of a new wave of cuts to the social security budget, with the Conservative manifesto pledging another £12 billion a year in “savings”.

She told Disability News Service (DNS): “I think people will need to be afraid of what’s to come. I think we haven’t seen anything yet.”

She said the coalition had already taken the “low-hanging fruit, the easy stuff” when it came to cuts to benefits.

Earlier this week, she tweeted a link to a Guardian news report on Iain Duncan Smith being reappointed as work and pensions secretary, and therefore heading plans to cut another £12 billion from the benefits bill, adding her own comment: “Be afraid. Be very afraid.”

Dame Anne told DNS that ministers were now likely to tighten eligibility criteria for personal independence payment (PIP), and added: “The way to save the money is to have people not qualifying [for PIP].”

She also warned that ministers were likely to tax disability living allowance and PIP.

She said: “The problem was always where the cuts are going to come from. I don’t see how it cannot disproportionately affect disabled people.

“If they won’t touch pensioners, the big bill left is working-age disabled people.”

Dame Anne encouraged disabled people to campaign for change, and said she believed that – despite some of its “horrible” elements – social media would prove a valuable tool.

And she said disabled people needed to lobby their own constituency MPs, particularly if they are Conservative.

Dame Anne also said there appeared to be a need for an “effective voice” to speak for the different communities of disabled people, after a period in which many disability organisations found it “very difficult to criticise the government”, including those charities in Scotland that rely on funding from the Scottish government.

She suggested a campaigning approach centred on realism and pragmatism, and developing a “common voice so it is stronger and louder” and has “very clear achievable aims”.

She said: “You can always have your wish-list but what you probably need are some identifiable, containable, achievable goals that you can start to build up your confidence with.

“That’s a slow process, but if you start to get results and have an impact then people start to sit up and listen.”

She said the “biggest challenge” for disabled people with the new parliament would be that the Conservative party now has an overall majority in the Commons.

She said it had been difficult to challenge the Conservatives when they were in a coalition, but they would be “much more determined… to not listen to any criticism [now] they are in a majority government”.

She said the reaction from constituents and colleagues and supporters wider afield to her defeat had been “lovely”, despite a small number of abusive comments on social media from triumphant Scottish nationalists.

Disabled campaigner Kaliya Franklin tweeted: “Very sad to see @annebegg lost her seat. She’s been a brilliant MP and example to disabled people that politics is for us.”

Many others echoed those thoughts and thanked her for her work championing disability rights and working for her constituents, and for her public service.

Disabled activist Adam Lotun was another who expressed admiration, tweeting: “You have been a lone candle in the wind for many a disabled person, I’m proud to have worked with you…”

Dame Anne said she realised about 10 days before the election that she was going to lose her seat, because of the polls indicating a huge SNP victory across Scotland, telling herself: “If there is that kind of tsunami, there is not a chance in hell that I can survive.”

She said: “I had always depended on building a coalition of people who would vote for me, but who were not natural Labour voters.” The core vote of Labour voters in her constituency was only about 5,500, she said.

Now she says she has no idea what she will do next, for the first time in her life. She had wanted to be a teacher from the age of five, and fought the authorities for the right to go to teacher training college, and then to become a teacher.

She had not thought of becoming an MP until she was approached by Labour colleagues to stand.

But now, for the next five years, until she reaches pensionable age, she will need a paid job, although she says that she lives “quite modestly”.

She said: “I am hoping something will come along and I will think, ‘Oh, yes, I quite fancy doing that.”

But she thinks it unlikely that she will be offered a peerage, as there are unlikely to be many new Labour peers, due to the significant non-government majority in the House of Lords. She is also determined not to leave her home in Aberdeen.