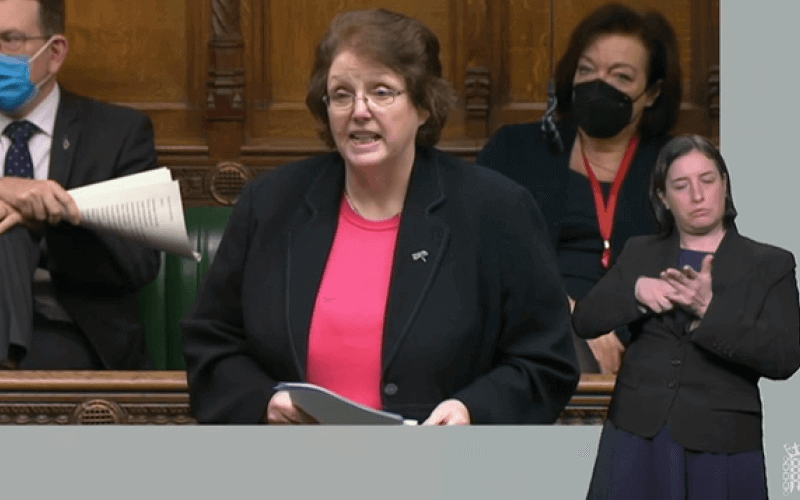 A leading Deaf campaigner has appealed to fellow users of British Sign Language (BSL) to reject a “tokenistic” new bill that claims to offer them new rights.

Jeff McWhinney has called on BSL-users to examine the content of the British Sign Language bill, which he says would not provide BSL with the legal status that Deaf people have been demanding since the 1980s and is “not good enough”.

McWhinney is a former chief executive of the British Deaf Association (BDA), the Deaf-led organisation that is leading the campaign for a BSL bill.

But he insists that the private members’ bill, proposed by Labour MP Rosie Cooper and supported by the government, offers no important new rights to Deaf people.

Cooper’s bill would recognise BSL as “a language of England, Wales and Scotland”, but the bill also states that this “does not affect the operation of any enactment or rule of law”.

This appears to mean that the bill would provide a symbolic recognition of the language rather than offering any new rights for BSL-users who want the right to BSL interpreters when accessing public services such as the NHS, local government and education.

McWhinney pointed out that the bill appears to promise only new guidance on the “promotion and facilitation” of BSL, and regular reports by the government on what 20 of its departments have done to “promote or facilitate the use of British Sign Language in its communications with the public”.

The bill passed its second reading stage in the Commons on Friday (28 January).

But McWhinney, who was also the founder of the BSL video conferencing service SignVideo, said he had been told that Cooper’s original bill had been watered down after discussion with civil servants.

He agreed with concerns about the bill’s content that were first reported by Disability News Service (DNS) last week and said he believed that Deaf people were being misled about what was actually in the bill.

He told DNS: “They believe they are getting extra rights for BSL. They are not.

“Deaf people must ask parliament to translate the bill into BSL so they can really understand what they are not getting, and then they can discuss it.”

He said the bill was “a compromise too far”.

He said: “Maybe at the beginning there was a very clear objective that we wanted to achieve and see in the bill, but it has been eroded.

“It is better to say no to the bill and force people into action to make sure it is done right.”

He warned that once the bill was passed into law, it would be years before Deaf people had the chance to secure stronger legislation that ensured BSL secured proper legal status as a language.

None of the charities involved in campaigning for the bill that were approached by DNS this week were prepared to respond to the concerns.

BDA, RNID and the National Deaf Children’s Society had all failed to comment on the concerns by noon today (Thursday).

They and other organisations are due to host a live-streamed Facebook event on Monday (7 February) at 7pm, with a panel including McWhinney, to discuss the bill and its aims.

Cooper (pictured), who herself is a child of Deaf adults and whose first language is BSL, said during Friday’s debate that she wanted to “recognise BSL in statute” with “a law that requires positive action from the government, with real progress to put Deaf people on an equal footing with those of us who hear.

“For every Deaf person, like my parents, who has been ignored, misunderstood, or even treated as unintelligent simply for relying on BSL, this recognition will be clear and a message that their language is equal and should be treated as equal.”

A string of Conservative MPs spoke in support of the bill, as well as a smaller number of opposition MPs.

Mark Atkinson, RNID’s chief executive, had earlier described the passing of the bill at second reading as a “momentous day for the Deaf community where we celebrate moving a massive step closer to full legal recognition for BSL”.

The Department for Work and Pensions (DWP) said that the minister for disabled people, Chloe Smith, had “worked closely” with Cooper and organisations such as BDA and RNID “to ensure the bill effectively meets the needs of those who will benefit the most”.

DWP declined to comment on the concerns raised about the bill, or to explain the precise legal gains the bill will bring Deaf people if it becomes law.

DWP also declined to confirm that the government persuaded Cooper to substantially weaken the bill in exchange for its support.