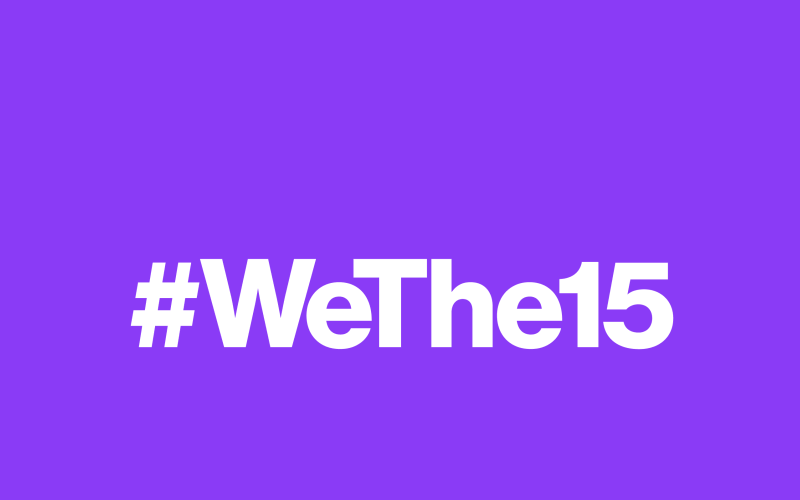 The failure of international organisations at the heart of a major new disability rights campaign to criticise governments for side-lining disabled people in the Glasgow climate change agreement has exposed their efforts as “deeply dangerous”, say activists.

International Disability Alliance (IDA) and UN Human Rights were among the coalition of 20 organisations from the worlds of sport, human rights, policy, business, arts and entertainment – led by the Paralympic movement – that have backed WeThe15.

They pledged at the launch in August that the campaign would “intensify political will to support and strengthen” the implementation of the UN Convention on the Rights of Persons with Disabilities over the next decade.

And last week, WeThe15 had its first high-profile opportunity to highlight how governments across the world are ignoring the rights of disabled people.

The failure of the UK and other governments to include disabled people in key parts of the Glasgow climate change agreement that came out of the COP26 conference was described by one disabled climate change activist as “beyond disgraceful”.

The final text (PDF) of the United Nations agreement mentioned disabled people only once, and then only in the introduction.

The repeated omissions from key areas of the text appear to breach the UN’s own Convention on the Rights of Persons with Disabilities (CRPD), which makes it clear in article four that governments should “closely consult with” and “actively involve” disabled people through their own organisations when making decisions on issues affecting them.

But in the text’s final section, on “collaboration”, the agreement recognises the “important role” of indigenous peoples, local communities, young people and children, while it also calls on governments to respect their obligations on “gender equality and empowerment of women”, but it fails to mention disabled people or disability equality.

Despite these and other key omissions, neither IDA nor the UN’s own disability rights committee have been willing to criticise the UK and other governments.

The UN committee on the rights of persons with disabilities had already failed to speak out about widespread and serious access failings at the conference in Glasgow.

Disabled activist and author Ellen Clifford, a member of the national steering group of Disabled People Against Cuts, said the failure of WeThe15 campaign members to speak out about the COP26 final text had exposed the “fundamentally flawed” campaign as “a strange mix of being both laughable but also deeply dangerous”.

She said: “We know that climate change has a disproportionate impact on disabled people across the world.

“If this campaign had the interests of the global majority of disabled people at its heart, they would have spoken up.”

The UN committee refused to comment this week, and it has not responded to requests to comment about concerns about COP26 since 10 November.

When asked to comment on its failure to speak out about the COP26 final text, despite its key role in WeThe15, an IDA spokesperson also refused to comment.

Instead, he pointed to a blog published on its website.

The blog – titled “a firm step on a long road” – describes the conference as “historic” because, it says, disabled people’s organisations were able to acquire observer status at a COP conference for the first time.

It also points to the “much welcome debate” on the issue of accessibility that took place in the media after a disabled Israeli government minister was prevented from accessing the conference.

The blog adds: “It is true that the final outcome document of the conference included only one reference to persons with disabilities in its preamble.

“But we must acknowledge that the message of the disability movement was loud and clear.”

The blog also points to the “increasing support by governments” for disabled people, which it said was highlighted by support for the IDA delegation from the government of Finland.

Clifford said she had had no confidence in WeThe15 from its launch because – unlike the Black Lives Matter (BLM) movement – it had taken a “top down” approach rather than being rooted within grassroots communities like BLM.

She said: “Its agenda is limited to gains that won’t rock the boat and result in them being locked out of engagement at government level.

“That requires not threatening the status quo.

“Within the current political-economic climate – when increasingly we are not only talking about regression of disabled people’s living standards but a very real existential threat – it is no longer possible to both engage with neoliberal governments on their terms and to represent the best interests of disabled people.”

She said the fact that key WeThe15 backers failed to speak up about the COP26 final text was “proof of how redundant the ‘disabled faces in high places’ strategy now is”.