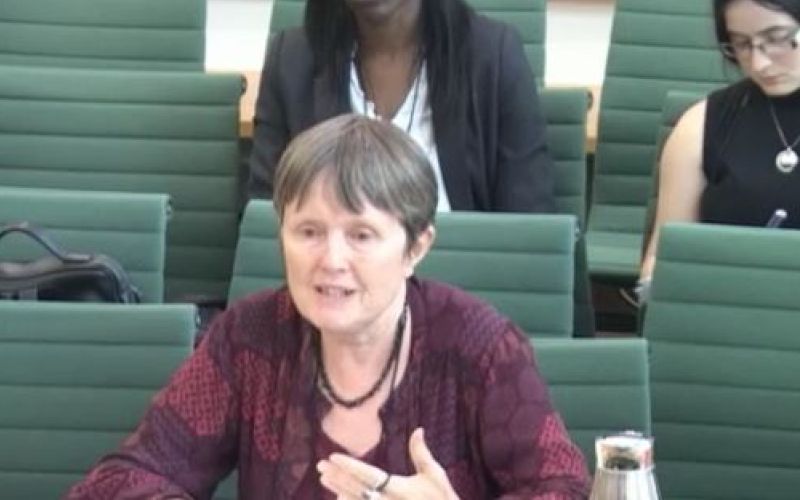 The draft guidance says that such action can be taken by staff even if it would be “life threatening” for the disabled person.

The guidance for staff in immigration removal centres (IRCs) covers cases where solitary confinement “appears necessary” for security or safety reasons (rule 40), but also applies in cases where a detainee has been violent or simply “stubborn, unmanageable or disobedient” (rule 42).

People are placed in detention in IRCs – often for many months – while they await a Home Office decision on whether they are eligible for a UK visa or are entitled to asylum, with many having fled persecution or torture in their home countries to seek refuge in the UK.

The draft guidance, first revealed by The Independent, says staff should “urgently consider” medical advice that placing someone in solitary confinement would be “seriously detrimental to a detainee’s health or is life threatening”, but it says that they can continue with its use as long as they record that action correctly and “clearly” state the “rationale” for their decision.

Only three months ago, an annual independent report into Harmondsworth and Colnbrook IRCs recommended that rule 40 should not be used to “house difficult individuals with Mental Health conditions” because “confinement is not a humane way to address the problems they experience”.

Liz Sayce (pictured), chief executive of Disability Rights UK, said: “We deplore the draft Home Office guidance because it permits solitary confinement of people living with mental health – or indeed other health – issues even if this will damage their health or be life-threatening.

“We worry that this is part of an increasingly coercive approach towards people with mental health challenges.”

She said the best mental health services were now phasing out “seclusion”, while a US Department of Health and Human Services agency has published a Roadmap to Seclusion and Restraint Free Mental Health Services.

Sayce said: “There is no similar commitment in England, although there are certainly mental health services where use of seclusion has gone right down, showing that services can manage without solitary confinement if they engage people using them in planning how those services should operate and use a range of approaches to support people rather than segregate them.”

Sayce said: “Many asylum-seekers have been traumatised and should not be caught up in coercive responses to mental distress.

“We want to see a commitment from government to phasing out use of solitary confinement in a mental health context.

The human rights charity Liberty has also condemned the draft guidance, and says it must be changed to ensure that “where medical advice suggests that segregation would harm an individual’s health in any way, it must not simply be considered but heeded”.

It points out that there is “ample evidence” that the “cruel practice” of segregation is being misused, including through its use to segregate detainees who have mental health conditions.

Liberty said the guidance allowed staff to use segregation “as a way to manage those at risk of suicide and self-harm”.

It pointed to two “shocking” cases of repeat or extended use of segregation, including two cases at Harmondsworth IRC – both involving people who appeared to be experiencing mental distress – in which one was held in solitary confinement almost continuously for 22 months and another for nearly four months.

In its response to the guidance, Liberty warns that solitary confinement is “the high water mark of inhumanity” in the immigration detention system, with research showing it leads to “increased rates of anxiety, social withdrawal, perceptual disorders, hallucinations and suicidal thoughts after relatively short periods”.

And it warns that the draft guidance “leaves individuals at risk of being segregated for speaking out against the conditions of their detention, or simply disagreeing with their treatment by detention centre staff”.

Liberty said that the UK was one of the few European countries to place no maximum time limit on immigration detention, including for survivors of torture and rape.

“Adding the cruel practice of solitary confinement to the mix is a grave injustice which risks causing serious harm to innocent and vulnerable individuals.

“But instead of abolishing this inhumane system, the Home Office’s latest order would compound the problem by authorising the segregation of those who are deemed stubborn or suffer mental health problems, even where confinement may be life-threatening.

“The UK government should be ashamed at its failure to afford even the most basic dignity and security to those within its care.”

A Home Office spokesman said: “It is important that maintaining safety and security of the detention facility is balanced against showing due regard for the dignity and welfare of the detainees.

“Detainees are only separated from others in exceptional circumstances. This is done for reasons of safety, either their own or for others, for security reasons or when an individual is being violent.

“Temporary confinement is never used as a punishment.”

He said that Liberty’s comments would be considered alongside other responses to the draft guidance, but by noon today the Home Office had failed to say where the document could be found online.