You are here: Home / Arts, Culture and Sport / Disability History Month launches with talk of hotels, sex and French peasants 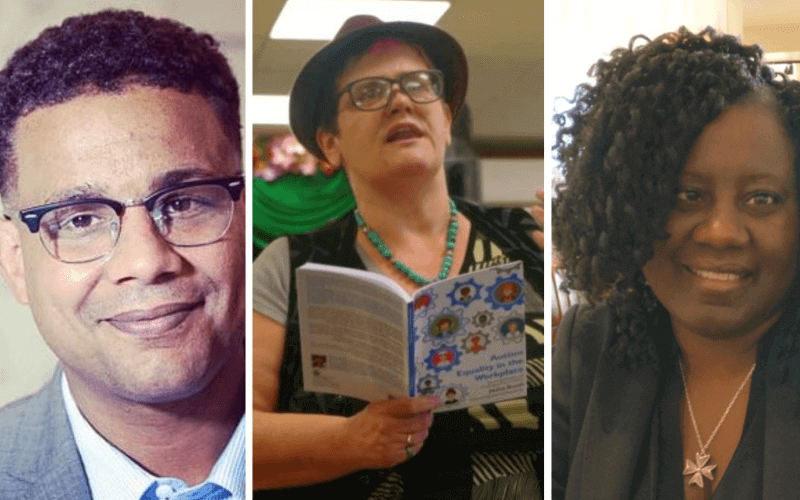 Leading disabled campaigners have spoken of the barriers they have faced due to invisible impairments, at the online launch of the 12th UK Disability History Month (UKDHM).

This year’s month-long event, which ends on 18 December, is examining themes of invisible impairments as well as sex and relationships.

Daniel Kebede, president of the National Education Union, spoke of his own invisible impairment, a recently-diagnosed condition, and of his union’s new Value Education, Valuing Educators campaign.

The campaign aims to ensure that “the historic pattern of disabled educators being pushed out of schools when they become too much of a problem for the school is halted”, he said.

He said: “We want a diverse education workforce. It’s vitally important to normalise impairments and disabilities with children.

“We need an education system that does not discriminate against anyone because of their disabilities, whether it’s visible or invisible.

“Disabled educators need to be visible throughout education. We need to work to retain disabled people, not remove them.”

And he added: “We want schools to be more inclusive of all children and young people now, not in the distant future.”

Janine Booth, secretary of the RMT union’s disabled members’ advisory committee, and an activist and author, spoke about the history of what are now accepted as neurodivergent differences, such as Tourette’s, ADHD and autism.

She spoke of a French aristocrat who about 200 years ago became the first recorded case of what would later be known as Tourette’s, but was only diagnosed because – according to her case notes – she kept swearing, and this was behaviour that was “in marked contrast to her social status”.

Booth said: “There’s probably less than a mile away working-class peasant women down the market effing and jeffing, but no-one thinks that they’ve got a condition, no-one’s making medical case notes about them.”

“That’s one of many reasons why it’s important that the labour movement and the trade union movement take it up.”

She said that finding out that she was autistic was “one of the most liberatory things that ever happened to me… finally my life made sense”.

But she added: “Since then I found out that I probably have ADHD, although I got a letter the other day that said: ‘This is to confirm that you’re on a waiting list for an assessment; we can’t tell you how long you will be waiting but we can tell you that it will be in the multiples of years.’

“That is one very big issue for neurodivergent people, accessing assessment and accessing diagnosis, because it can really help you in terms of your sense of self and in terms of your access to rights and support services, etcetera.”

Richard Rieser, UKDHM’s founder and coordinator, welcomed national coverage of Disability History Month on ITV, which he said was a “breakthrough”, but he said he also wanted to see the government and universities engaging with it, as have many schools, colleges and unions, as well as the NHS.

He said: “It’s still not something that is there in the way that Black History Month is there.”

He said: “This has to be a social process where we make the extraordinary ordinary, and everybody feels less stressed as a result.

“We shouldn’t be made to feel awkward because we ask for adjustments in a restaurant, or in a cinema or in a theatre.”

And he called for supporters to lobby their MPs to sign House of Commons early day motion 607, which supports UKDHM and its twin themes, and calls on MPs to “work for an inclusive, accessible and sustainable society for disabled people in the UK”.

Marsha de Cordova, the disabled MP for Battersea, and former shadow women and equalities secretary, said that her workplace, the House of Commons, was “neither fully inclusive nor accessible”.

She said: “There are barriers across society, whether it is in the labour market or employment, in transport and in leisure.

“This will continue to inhibit and hinder the opportunities for us and the interactions that we will make and it also has an impact on forming those meaningful relationships.

“Having supportive and fulfilling relationships is so important to our mental health and our wellbeing, whether they are romantic, sexual or platonic.

“That’s why tonight is so important, that we are going to talk about sex, relationships and disability, because like everyone else disabled people have a right to choose if they would like to be in a relationship, get married, have sex and so forth.

“It’s so important that these subjects are being discussed.”

“I had proper sex education at school. I was included at my local nursery, primary, and secondary schools, and college.

“I also learned a lot about sex and relationships from my friends and family.”

“If we don’t do this, we are stopping people’s rights.

“This is a really important topic. We are denying people their rights.”

He told the launch event: “It’s very easy to fall into the trap that we allow these myths to perpetuate that disabled people aren’t sexual and can’t have sex.

“It means that the next generation buys into it.”

He said it was important to tell young disabled people that they were not that different from non-disabled young people.

He said: “However much we have had our bad experiences, I know from my non-disabled friends that they have also had rejection and bad experiences, and that is something that we must make sure that we teach all young people.

“We have to use this telling of our experiences to tell what it was like in the past, to explain the darker parts of our history, but also to tell the truth.

“We have to make sure that the next generation don’t end up with the hang-ups that we were taught.”

She also talked about being on a date in her late 40s with a “lovely guy” who invited her to visit him in his cottage.

“So we all have to navigate those things that really are about confronting barriers and obstacles we shouldn’t have to worry with if we go to a hotel for some… romantic interaction.”

**The TUC is organising three online events as part of UK Disability History Month, on disabled women and sexual harassment at work (this event took place on 24 November); on the social model of disability, on 2 December; and on long COVID, on 9 December