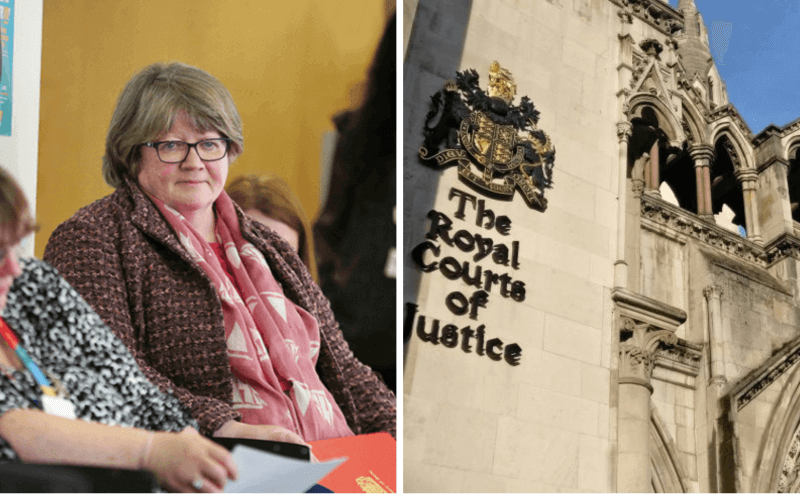 The government has been denied permission to appeal against a court ruling that its entire disability strategy is unlawful, and not just the botched national consultation ministers carried out last year while they were preparing the document.

But DNS also learned this week that the court has confirmed that the strategy itself has been declared unlawful.

The double blow for the Department for Work and Pensions (DWP) and the government’s Disability Unit has placed the strategy’s future in doubt.

It has raised the prospect of ministers having to rip up the strategy and start again with a new consultation that puts disabled people’s organisations and disabled people at its heart.

Since the court’s ruling was announced last week, ministers such as Jacob Rees-Mogg, the leader of the House of Commons, have downplayed its importance.

Rees-Mogg said last week that the ruling was “solely about technicalities and the requirements to consult”, with many media organisations, including the BBC, reporting that only the consultation itself had been ruled unlawful.

Even some opposition MPs described the ruling only as a finding that the consultation was unlawful.

Now a court order prepared as part of the ruling – which was agreed by both sides in the legal dispute* – has been released by the high court.

It confirms that the National Disability Strategy, published by the government last July, “is unlawful” because the consultation itself was unlawful.

The confirmation that the strategy is unlawful came after the government confirmed that it planned to appeal against the ruling.

He concluded that its appeal had “no real prospect of success” and that there were “no compelling reasons to hear an appeal”.

He added: “The issue is whether there was a consultation in this case; the judgment holds that there was for reasons which are identified by reference to the facts of the case.”

Despite this ruling, the government can still apply for permission to appeal in the court of appeal.

Doug Paulley, one of the four disabled people who took the case against the government, this afternoon welcomed the court order and the judge’s decision to deny the government permission to appeal.

After hearing of Rees-Mogg’s comments, he accused the government of “grasping at straws and treating disabled people with contempt”.

He said he believed the government would now need to tear up its disability strategy and start again with a new consultation.

A DWP spokesperson said this afternoon that it had “nothing to add at this stage”.

The high court found last week that the consultation, launched early last year through a national survey, had made it “impossible” for disabled people to “shape” the content of the strategy.

The court ruled that the consultation was unlawful because the thousands of disabled people who took part were not given enough information about the government’s proposed strategy to allow them “intelligent consideration and response”.

The government had argued that the survey was just an information-gathering exercise.

The minister for disabled people, Chloe Smith, had told MPs this week, during a debate on disability assessments secured by the disabled Labour MP Marsha de Cordova, that the government was “disappointed” with the court’s judgement and “intend to appeal”.

Smith said that ministers “remain focused on delivering the contents of the strategy, which is broad and important”.

In-depth analysis of the government’s strategy by DNS after it was published last summer showed it had been padded out with scores of pledges to “discuss” or “consider” further action, to commission lengthy research, and to carry out reviews of existing policies.

At the time, Inclusion London called it “a cynical re-packaging of current polices and current budgets”.