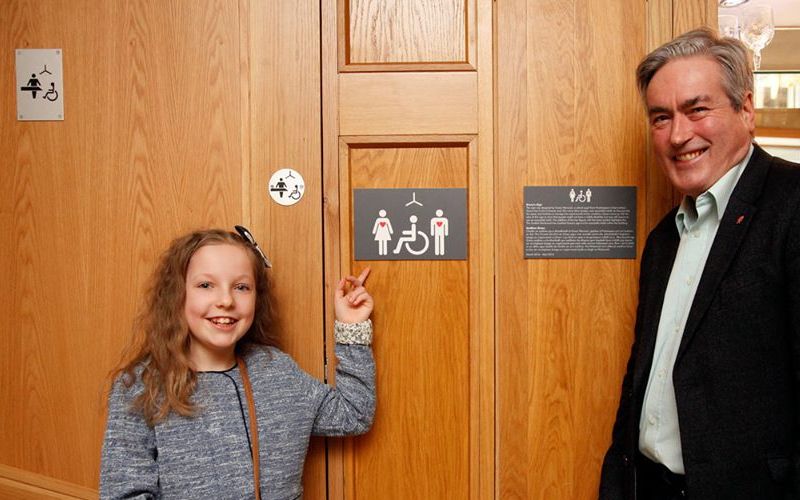 More than 1 000 venues and an estimated 10, 000 people took part in the second annual Disabled Access Day, according to a new report.

The figures show that last month’s event, which saw eight countries taking part, attracted 10 times the number of people who took part in the inaugural event in 2015, with four times as many venues involved.

The success was boosted by participation from Barclays, Caffè Nero, Stagecoach and Strada, as well as more than 270 independent venues.

Disabled Access Day, founded by wheelchair-user Paul Ralph, aims to encourage disabled people and their friends and family to “try something new”; to give disabled people confidence to explore new venues in a “safe and welcoming environment”; to highlight places with excellent accessibility; and to raise awareness of the importance of access.

Among this year’s successes, 10-year-old Grace Warnock, from Prestonpans in East Lothian, was at the Scottish parliament to unveil a new sign she designed to show that accessible toilets are not just for people with visible impairments.

The sign is now in use to direct people to the Scottish parliament’s accessible toilets. Grace, who has Crohn’s Disease, unveiled the new sign alongside Labour MSP Iain Gray (pictured).

Among other venues that took part in this year’s event were the Roald Dahl Museum in Great Missenden, Buckinghamshire; St Paul’s Cathedral; Tate Modern art gallery; the People’s History Museum in Manchester; Hampton Court Palace; the Royal Botanic Garden in Edinburgh; the National Museum of Scotland; the Laing Art Gallery in Newcastle; and Leeds City Museum.

Euan MacDonald, co-founder of the disabled access review website and mobile phone app Euan’s Guide, which sponsors Disabled Access Day, said the report showed “how crucial it is for venues to offer good disabled access in addition to ensuring that their information about their accessibility is up-to-date and accurate”.

Ralph said he had been impressed with how many venues had “actively engaged with the day, trying out new things themselves, welcoming open and honest feedback and engaging with new customers”.

He added: “I know there are lots of great things being planned that will improve accessibility of venues in the longer term and I look forward to seeing these develop and hopefully trying out one or two along the way as well.”

But Ralph was also among those campaigners who pointed out the significant barriers that disabled people still face.

The event took place just days after the government had announced it was to push ahead with plans to tighten eligibility for its new disability benefit, personal independence payment (PIP), a decision it was later forced to reverse after the resignation of work and pensions secretary Iain Duncan Smith.

Ralph tweeted on the day: “Oh the irony – today we celebrate Disabled #AccessDay and IDS and co tweak PIP again to make life even more challenging – my next campaign?”

Another disabled campaigner, Debbie George, tweeted: “I have the legal right to appropriately access goods and services every day not just on #AccessDay.”

Another, @cdaargh, tweeted: “Businesses are legally required to be accessible to disabled people, so v telling that #AccessDay needs to be a thing. Should be standard!”

Alan Benson tweeted: “On Saturday & #AccessDay at one of few accessible Central [Line] Stations this is shameful.”

And another campaigner, tweeting at @sciphikat, warned that those disabled people losing support in the move from disability living allowance to PIP would “lose any ability to access *anything*. #AccessDay”.

The disability charity Muscular Dystrophy UK pointed out that 90 per cent of young disabled people “feel that most mainstream travel agents have poor knowledge of issues affecting disabled tourists”.

And one tweet openly critical of Disabled Access Day came from @markwomersley, who tweeted: “If Uncle Tom crips keep being grateful for scraps, then those giving scraps will think we’re happy with status quo! WAKE UP! #AccessDay.” 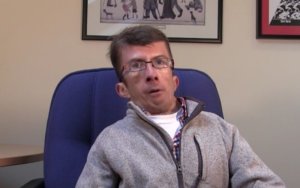 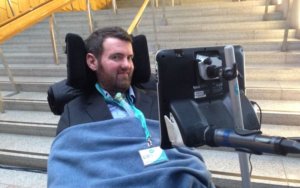 Businesses ‘starting to see good access as opportunity and not obligation’