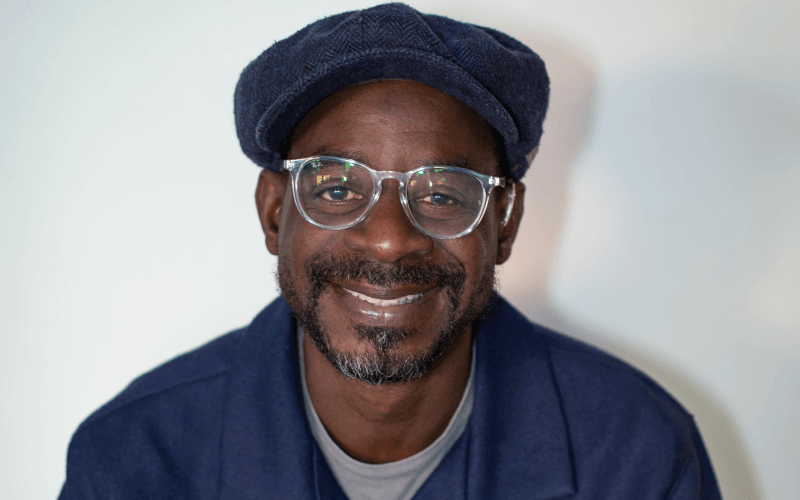 A petition signed by nearly 120,000 people who want to see a £20 a week uplift given to universal credit claimants extended to those on other benefits has been handed to the chancellor, Rishi Sunak.

The increase, which also applies to those receiving working tax credit, was part of the government’s early response to the coronavirus pandemic.

But the government has refused to extend the temporary increase to claimants of employment and support allowance, or to those on jobseeker’s allowance or income support.

The petition was organised by the Disability Benefits Consortium, a network of more than 100 disability organisations, including disabled people’s organisations Disability Rights UK (DR UK), the National Survivor User Network and Inclusion London.

It was handed over just days before Sunak is due to deliver his spending review on 25 November.

DR UK said: “By restricting the £20 week increase only to universal credit and working tax credit, the government continues to discriminate against the millions of disabled people on other benefits.”

One disabled woman, Karen Pickering, who has been shielding since March, said: “Being stuck at home for the last seven months has meant my cost of living has gone up.

“I can’t just pop out to get a loaf of bread, so I’m having to pay for regular food deliveries.

“I can’t get out to walk my dog every day and instead have to pay for a dog walker – it all adds up.

“I had no idea I was missing out on £20 a week, but it’s really upsetting to think my needs aren’t considered as important as others.

“The money might not seem a lot to the government, but it would make the world of difference to me.”

The government’s own benefits advice body, the social security advisory committee, called in May for the increase to be extended.

It said that, despite “serious IT challenges”, it was “increasingly untenable for this group of claimants to be excluded and to continue to have a lower level of income than those in receipt of Universal Credit and Working Tax Credit”.

Work and pensions secretary Therese Coffey has said that doing so would risk the “safety and the stability of the benefit system”.

The launch of the 11th annual UK Disability History Month (UKDHM) took place last night, with this year’s theme examining the progress that has been made in improving access.

The launch came days after the 25th anniversary of the introduction of the Disability Discrimination Act (since replaced by the Equality Act 2010).

This year’s UKDHM will take place between 18 November and 18 December, and it will examine how much progress has been made in improving access and how much further there is still to go.

As part of UKDHM, coordinator Richard Rieser has prepared background material about this year’s theme.

Among those organisations marking UKDHM is the UK parliament, which has published a downloadable book that is suitable for teachers, home educators and parents to share with children aged seven to 11.

The book – designed by illustrator and chronic illness activist Ananya Rao-Middleton – features the stories of six disabled people who have influenced disability rights and laws in the UK.

The six are Dame Anne Begg, one of the first wheelchair-users to be elected as an MP; Ben Purse, the first general secretary of the National League of the Blind; artist and campaigner Deborah Williams; suffragette Rosa May Billinghurst; pioneering deaf parliamentarian Alf Morris; and the independent living activist and crossbench peer Baroness [Jane] Campbell.

The report by the social security advisory committee (SSAC) was commissioned to complement a critical report into Motability that was published by the National Audit Office (NAO) in December 2018.

It points out that only about one in three eligible disabled people take advantage of the scheme, for which only those on the higher rate of the mobility element of disability living allowance or personal independence payment (PIP) are eligible.

It says that many of those on the scheme have feelings of “mistrust, stress and anxiety” about being reassessed by the government for PIP, while others have concern about the levels of executive pay and profits within Motability Operations, which runs the scheme, in the wake of the NAO report, and the lack of transparency and engagement with disabled people.

Others felt it was unfair that those who became disabled after state pension age were not eligible for the scheme.

And many said the cost of leasing a vehicle was unaffordable, while others raised concerns about the lack of opportunity to buy a car – rather than lease it – under the scheme, the scheme’s inflexibility, and a lack of awareness of the scheme among those who were eligible but had not joined.

The report makes a series of recommendations for both the Motability scheme and to improve the public transport system for disabled people, as well as calling for changes to the PIP system.

*Motability, the charity that oversees the work of Motability Operations, is a Disability News Service subscriber

Three UK-based disabled people have been included in this year’s BAFTA Breakthrough list of new creative talent in film, games and television.

Film and television director Bim Ajadi, writer and performer Tim Renkow and director Jordan Hogg are among the 34 most promising future stars in both the US and UK announced this week by the British Academy of Film and Television Arts (BAFTA).

Bim Ajadi (pictured), who grew up in Yorkshire and lives in London, has worked for the British Sign Language Broadcasting Trust.

His breakthrough film was Here/Not Here, which connects the deaf and hearing communities through sport and dance.

He said: “A big positive is to have recognition of who I am and who I strive to be, that I am here in the mainstream industry.

“And another part is to be an inspiration to other deaf filmmakers, I want to show the next generation that there is an opportunity to cross over and have your voice heard.”

Jordan Hogg, who was born and lives in Scarborough, has directed soaps and television dramas for many years.

His episode of BBC’s Casualty won the hospital drama a BAFTA, while he has also directed several episodes of Channel 4’s drama Ackley Bridge, and directed The Evermoor Chronicles for Disney.

He said: “BAFTA is the best, it’s my holy grail. There are so many directors I want to speak to, from all walks of life.

“I’m a bit of a director geek and it feels like I’ve just got an invite to the prom!

“I can’t express enough what it means to me to be recognised by the British Academy.”

Renkow grew up in the US and now lives in London, and his entry into the television industry was through stand-up comedy, before his debut television show, BBC 3’s comedy Jerk.

He said: “It’s super flattering to be a BAFTA Breakthrough – it’s validating because I always feel as though my route into the industry was really weird so it’s nice to have people say they appreciate what you’ve done.”

A user-led campaigning organisation is seeking further evidence from disabled people on the impact of new low traffic neighbourhood (LTN) initiatives that promote walking and cycling.

LTNs are zones where clusters of residential streets are closed to through-traffic, and motor vehicles are diverted onto main roads, through physical obstructions such as bollards and banned turns, with the aim of discouraging car use and increasing walking and cycling.

Transport for All (TfA) has already raised its “real fear that disabled people would not be present in decisions relating to these transport schemes, or being consulted about changes which may affect them” and it says it has evidence that this has happened.

Kirsty Hoyle, chief executive of TfA, said: “This needs to change as these schemes are expanded, and while there is a potential move to permanency for some existing temporary schemes.”

Disability News Service reported last month how local authorities in England and Wales were facing calls to re-think the “streetscape” changes being made in response to COVID-19, amid concerns that new street infrastructure was making parts of towns and cities inaccessible to many disabled people.

TfA is carrying out in-depth research into the impact of LTNs on disabled people in London and how they have been consulted about such schemes, and it is set to publish a report in January.

The report will set out TfA’s findings from interviews with disabled people, and it will put forward their ideas for accessible and inclusive solutions.

The report is part of TfA’s Pave The Way campaign, which highlights the importance of building both environmentally-friendly and accessible street space.

Disabled people who want to share their views about LTNs for the research can email [email protected].

The rail regulator has issued a formal notice to a train company that was refusing to provide a way for wheelchair-users to board and exit trains that stop at one of its stations.

The Office of Rail and Road has “rebuked” South Western Railway and given it until May next year to comply with its legal duty at Liphook station in Hampshire.

Wheelchair-users are currently forced to use other stations or abandon their plans to travel by train.

Because of the station’s narrow platforms, SWR was unable to use standard ramps to assist wheelchairs onto and off the train, but it failed to provide an alternative, such as a ramp with a turning area or a mobile hydraulic lift.

Other possible solutions include carrying out work to reduce the gap between the platform and the train, although another is to seek an exemption from rail access regulations from the Department for Transport (DfT), although this is a lengthy process and ORR said there was no guarantee it would be granted and, if it was, exactly what action DfT might force SWT to take.

More than three-quarters of disabled people (78 per cent) say they have had to avoid visiting a venue because it did not have an accessible toilet.

The survey, by the access charity Euan’s Guide, also found that many toilets that were designed to be accessible were not fit for purpose, with more than three-quarters of those surveyed (78 per cent) saying they had come across an accessible toilet they were unable to enter.

There were more than 750 responses to the survey, which was carried out pre-pandemic, but published this month.

Among discoveries disabled people have made inside an accessible toilet are staff holding a meeting; a walnut-cracking machine; an exercise bike; a fully decorated Christmas tree; and a four-foot plastic frog bin.

Euan MacDonald, the disabled co-founder of Euan’s Guide, said: “We need businesses to get involved and improve their access to create a safer environment for disabled people.

“Sometimes this means adding an accessible or Changing Places toilet when one is not available.

“Other times it can be as simple as making sure the toilet they provide is kept clean and tidy and in working order.”