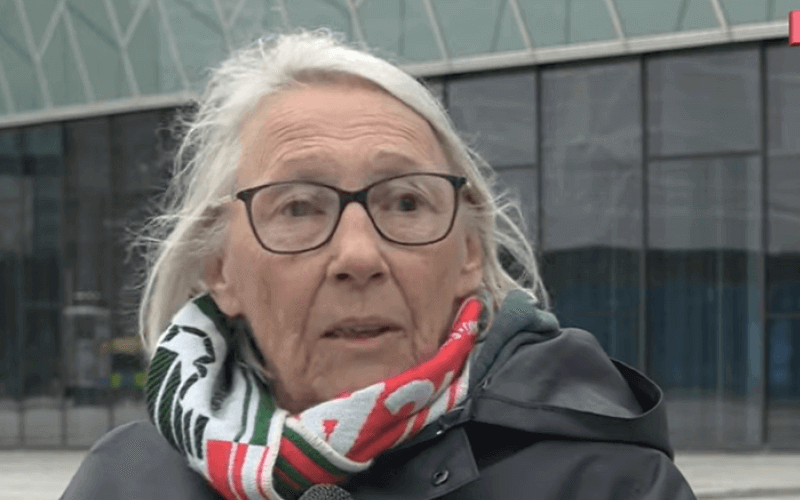 A disabled activist who fought a successful care charges campaign 20 years ago is calling on her council to abandon “immoral” plans to increase charges, and instead set an example for other local authorities by making care and support free for everyone.

In 2001, Sue Ferguson (pictured) forced Liverpool City Council to accept that her partner’s income should not be taken into account when deciding how much she should pay towards her care and support needs, following a four-year campaign.

The council reached a settlement with the former teacher on the eve of a high court hearing that was set to hear a judicial review of its policy.

Her legal challenge helped establish the principle that councils have no power to assess couples according to their joint resources and was later made clear in government guidance.

But Labour-run Liverpool City Council has now – in a much-delayed decision, following a consultation that ended last December – announced that it will increase charges for disabled and older people across the city, subject to a second consultation, which ends on 22 January.

Among the changes agreed on 3 December for non-residential care, it will increase the hourly rate service-users have to pay for their support from £10 to its full cost (potentially nearly £17 per hour), and to start means-tested charging for looking after pets while service-users are in hospital.

From February, the cap on the weekly charges that a disabled person can be asked to pay is set to rise from £222 to £350, and it will then rise again to £500 from October 2022, before the cap is removed completely 12 months later.

Ferguson, a full-time wheelchair-user, said she believed such changes would have a significant impact on disabled people in the city.

She said: “I think people will refuse the care they need because the new charges will claw into what savings they have.

“It can’t be morally right for Liverpool City Council to seek to raise funds from people with assessed substantial and critical care needs to address the shortfall in the council’s coffers.

“They seem to think that disabled people are not the same as them, that we don’t save for things that matter to us.”

Scrapping all care charges would mean that Liverpool City Council would become only the second local authority in the country – after Hammersmith and Fulham – to do so.

Ferguson said: “I am disappointed that Liverpool are still charging for care.

“I can’t fathom how that can be right in any way.”

And she said she believed that a national campaign to scrap charges could be successful.

“Disabled people have votes. People are aware of what’s happening and they are up for a fight, I think.

“Disabled people need to speak up now and use their votes.”

She does not pay any charges herself for the care and support she receives, but she told Disability News Service (DNS) that she was campaigning – with the support of grassroots groups such as Liverpool Against The Cuts – for other disabled people in the city who do.

She said: “The Tory government is ultimately to blame and have taken money away from Liverpool steadily for the last 10 years, but councillors are there to represent me in council.

“Their main concern is balancing the budget.”

Cllr Pam Thomas, a disabled city councillor in Liverpool, and the council’s cabinet member for equality, diversity and inclusion, told DNS that she was in favour of removing care charges.

But she said that government funding to councils for social care had been “drastically cut” over the last 10 years, while overall funding cuts from government mean the council will have £34 million less to spend next year on top of £465 million cuts to its funding since 2010.

This compares, she says, with cuts of just £60 million in 10 years to Hammersmith and Fulham council’s budget.

She said ONS figures also show that the average number of years men and women can expect to be disabled in Liverpool is 9.7 and 11.1 respectively, compared to 8.4 and 10.2 in Hammersmith and Fulham, which means there is likely to be greater demand for social care in Liverpool.

Thomas said that if the increased charges do not happen, there will be “less money to spend elsewhere”.

She added: “If anyone can come up with ways of balancing the books without cutting services or without charging people then we really want to know how they would do it.”

She said she had known Sue Ferguson since she won the court case, a time when the council was not run by Labour and it had not been applying the national policy of a Labour government.

She said: “I was hopeful that following her personal success that Sue might work with me and other disabled people on a range of issues.

“I see her quite often as she demonstrates against the Labour council with other campaigners on a range of issues; not all are directly related to disability.”

She added: “I always say hello when I see her, and continued to hope she could work with me to resolve some of the many issues I have been working on for decades to make life easier for disabled people, including making the built environment, housing, transport systems and children’s playgrounds inclusive of disabled people, whilst also promoting the social model of disability and the disabled people’s rights movement.”

Ferguson’s call for an end to care charges in the city has won support from other disabled people’s groups.

Claire Glasman, from WinVisible, which supports and campaigns for disabled women, said councils across the country are introducing similar measures to Liverpool’s because of the government’s failure to solve the social care funding crisis.

She added: “I would like to pay tribute to Sue because her legal challenge 20 years ago helped protect disabled people from abuse by not making us financially dependent on partners.

“She made a big contribution to women’s safety in her court case.”

Jon Abrams, campaigns and justice coordinator for Inclusion London, a member of the Scrap Care Charges campaign, said: “Local authorities are increasing care charges – a tax on disability – to make up for government shortfalls up and down the country.

“This is unfair, immoral and also unnecessary.

“This is an opportunity for Liverpool City Council to abolish charges and support disabled, elderly and frail people rather than forcing many into the awful position of choosing between heating the home, eating or paying the care charges.”

Helen Rowlands, co-founder of Cheshire Disabled People Against Cuts (CDPAC), said: “Cheshire DPAC stand with Sue Ferguson and WinVisible in their tireless work to achieve an end to social care charging in Liverpool.”

She said that disabled activists were organising across the north-west to “raise awareness of the postcode lottery effects of local authorities’ political decision to charge disabled residents for the meeting of their statutory care and support needs.

“It is a tax on disability, and it must end.”

She pointed to the “positive sign” that Greater Manchester mayor Andy Burnham has repeatedly called for universal free social care, and that CDPAC and other members of Cheshire Disabled People’s Panel were hoping to persuade Liverpool Metro mayor Steve Rotheram, and Cheshire West and Chester Council (CWAC) leader Louise Gittins, to join him.

She said Cheshire DPAC and the panel were bringing that message to CWAC’s commission on the future of adult social care, alongside other calls for interim measures, including a freeze on care charges in 2022.

A Liverpool City Council spokesperson said: “We understand that increasing the amount that people may be expected to contribute towards the cost of their care services concerns many people, but people are never asked to pay more than they can afford [following a financial assessment and a benefits maximisation check].

“However, it is important to note that there have been no changes to non-residential charges in Liverpool since 2014-15, although the charging policy is reviewed annually, whilst rates the local authority pays to providers have increased during that period.”

She said the removal of the maximum weekly charge would affect 47 service-users out of the 5,155 who currently receive non-residential services, while nearly 30 per cent have their care fully funded by the council.

She pointed to the deprivation and funding challenges also highlighted by Thomas.

She added: “Coupled with the pandemic, Liverpool faces increasing pressures on its social care services which the council and its partners and providers are working extremely hard to alleviate whilst setting a balanced budget as we are legally required to do.”