You are here: Home / Independent Living / Labour conference: Burnham calls on his party to back free social care 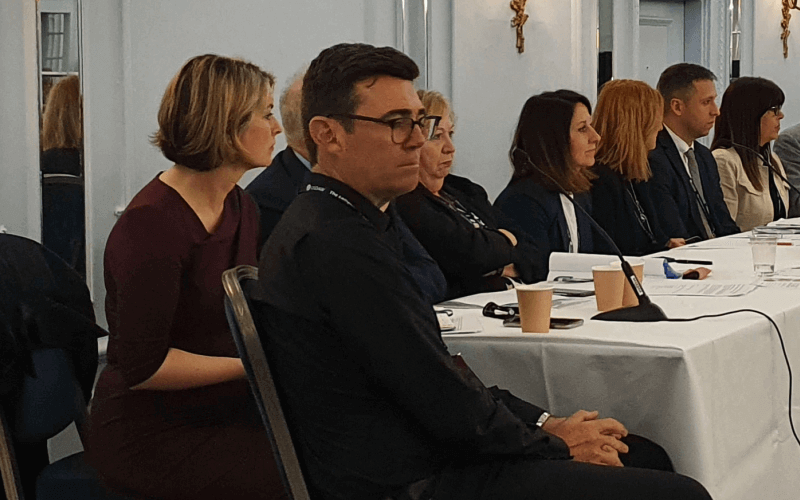 Former Labour health secretary Andy Burnham has called on his party to back a policy of providing free social care that he says would ensure independent living for disabled people.

Burnham, who has been the mayor of Greater Manchester since 2017, told a fringe meeting at Labour’s annual conference in Brighton that it was only the “cowardice of politicians” that was preventing a solution to the social care crisis.

He said that the social care and NHS systems needed to “speak the same language”, which meant “free at the point of use, based on need, not ability to pay”.

Burnham (pictured) told the meeting, organised by the cross-party, cross-sector Future Social Care Coalition, that he believed the British public would “absolutely buy in” to the idea of social care being “there for you in the way the NHS is there for you”.

He stressed that his idea of a National Care Service was also about providing independent living for disabled people.

He said: “This is the thing when you hear the phrase National Care Service: people feel it is going to be top down or a medical model of support.

“Absolutely it doesn’t have to be like that at all. It should start with very personal, individual support in the home.”

He added: “‘Let’s make it really explicit. A National Care Service of the kind I’ve described this afternoon would massively enhance the lives of disabled people in this country, as long as it was personalised and it was individual and there was control there.

“It could hugely support independent living. It could give individuals and their families much greater peace of mind about the quality of what’s being provided.

“Too often that’s an afterthought in this debate and it needs to be a central consideration when we are talking about what the benefits of this system would be.

“The human benefits would be enormous on a system of this kind.”

Burnham said he believed the argument for such a system was “being slowly won”.

He criticised the government’s latest social care proposals, which were announced earlier this month but were attacked across the disabled people’s movement for their inadequate level of funding, the failure to address the needs of working-age disabled people, the lack of detail, and the disproportionate impact of the plans on lower-income workers.

Burnham said the government’s plan – a new 1.25 per cent national insurance levy and a similar rise in dividend tax rates, ringfenced for health and social care, but with most of the new funding put aside for the NHS, at least for the first three years – was “possibly the unfairest way of doing this”.

He said the government’s proposals would ask people on zero hours contracts to pay more tax, even though the plan would not actually improve the social care system but would protect the property assets of some better-off older people.

He argued instead for a care levy of 10 per cent on “everyone’s assets, savings and homes”, with a payment plan possibly to be agreed when someone reaches the age of 65.

He said: “I don’t think you can say we are going to have a new system of social care without the older generation making a contribution to that.

“Because it’s a care levy and not an inheritance tax, it is linked to what you are getting… even if you don’t need care in your lifetime… you’re getting peace of mind, the peace of mind the NHS provides for you.”

The crossbench peer Lord Kerslake, former head of the Civil Service and now chair of the housing and care provider Peabody, told the meeting that the government’s announcement “definitively does not solve the social care problem”, and would provide less than £1 billion a year extra over three years for social care.

He said: “This is a very fragile system. It’s a pressure system.

“We don’t know at what point it will stop functioning in the way it should do, but I think it’s getting pretty damn close to that now.”

The day after the fringe meeting, the social care crisis was highlighted again by the Local Government and Social Care Ombudsman’s latest annual review of complaints in England, which reported an increase in the proportion of social care complaints it had upheld from 69 per cent to 72 per cent.

The ombudsman said that the faults it found in its investigations are “often not due to one-off errors caused by staff working under pressure, but are increasingly caused by the measures employed by councils and care providers to mitigate the squeeze on their resources”.

Labour conference: Burnham calls on his party to back free social care