You are here: Home / Transport / Disabled campaigners set for battle with Chelsea’s celebrities over rail access 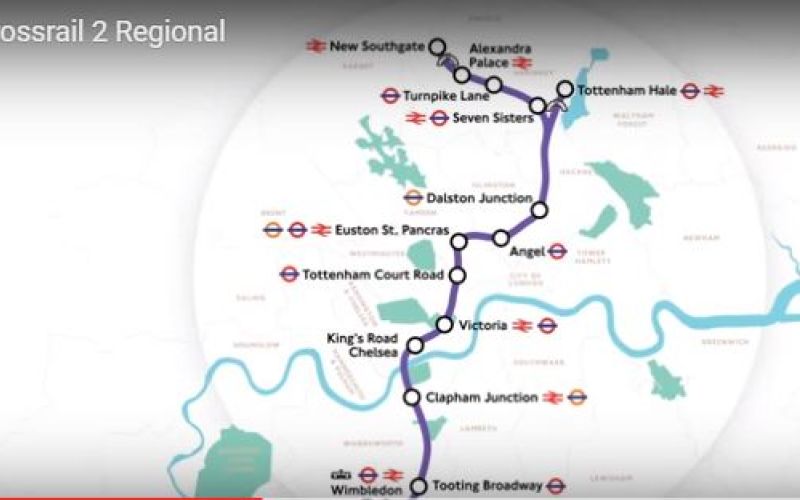 A London disabled people’s organisation has backed plans to build a new accessible train station in the heart of fashionable Chelsea, despite opposition from a string of celebrity residents.

Action Disability Kensington and Chelsea (ADKC) today (7 April) announced its support for a station to be built on King’s Road as part of the Crossrail 2 rail project (pictured) that is set to connect rail networks in Surrey and Hertfordshire, with new track, tunnels and stations to be built through the heart of the capital.

ADKC says a new Crossrail 2 station would “significantly improve” access for disabled people to King’s Road and nearby services – including some of the capital’s most important tourist destinations – as the nearest step-free tube station is more than two miles away.

They say a new station would support the borough’s 1,900 wheelchair-users, and an estimated 7,100 people with walking difficulties, as well as disabled visitors who visit local attractions such as the Victoria and Albert Museum, the Natural History Museum and the Royal Albert Hall.

It would also improve access and journey times for the 1.3 million patients treated annually at three major London hospitals: Chelsea and Westminster, the Royal Brompton and the Royal Marsden.

Jamie Renton, ADKC’s chief executive, said: “It is imperative that the Crossrail 2 station is built on the King’s Road to significantly improve access for thousands of people, including disabled people with a range of impairments or simply parents with pushchairs, who will benefit hugely from the provision of step-free access at the proposed station.”

He told Disability News Service: “As a local organisation of disabled people, we will support anything that provides greater access.

“It will certainly make it more accessible for everyone and it will create greater mobility for local disabled people.

“There are buses, but for a small borough it is quite difficult to navigate around, and transport is an issue.”

Renton, who is visually-impaired, said an accessible King’s Road station would mean that “suddenly that part of the borough is going to be accessible for me in a way that it is not now.”

Today (7 April), ADKC has added its name to those of 50 local businesses, employers and cultural, educational and medical institutions in Kensington and Chelsea who have written to London’s mayor and Transport for London to express their support for a Crossrail 2 station on King’s Road.

Those who have signed the letter include Imperial College London, the Victoria and Albert Museum, the Science Museum, the Royal Albert Hall, the Design Museum and the Natural History Museum, and top hotels such as the Mandarin Oriental, the Hyde Park, and the Sloane Square.

The campaign group they are backing says the station will be too expensive, put listed buildings at risk, cause local disruption during its construction, and “damage the streetscape of Chelsea, ruining the unique charm of the King’s Road and its independent businesses”.