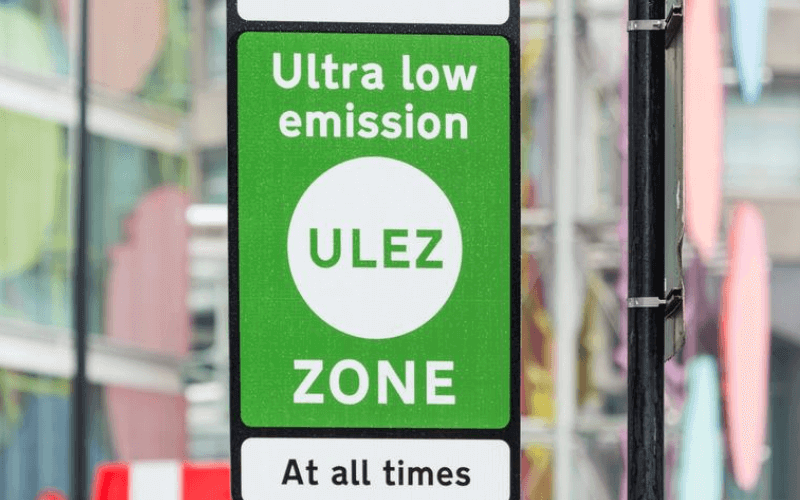 Plans to widen the ultra-low emission zone (ULEZ) in the capital will discriminate against tens of thousands of disabled Londoners and cause significant harm to many of them, a senior representative of the mayor of London has been told.

Disabled people’s organisations (DPO) and disabled campaigners told a senior Transport for London (TfL) executive this week that the expansion of ULEZ would drive many disabled people into isolation.

Although the mayor of London, Sadiq Khan, is planning some exemptions and mitigation for disabled people, DPOs said this week that these measures were not strong enough, and they called on him to do more.

ULEZ was introduced in 2019 to cover central London, and expanded to inner London last year, but the mayor is now consulting on plans to extend it again, from August 2023, this time to cover most of Greater London.

The aim of the ULEZ scheme is to clean the city’s toxic air, which the mayor says “is leading to thousands of premature deaths every year”.

But disabled people say the plans to expand ULEZ will have a disproportionate negative financial impact on those disabled Londoners not exempt from the charges, during a cost-of-living crisis and at a time when one in three families with a disabled adult in London is living in poverty.

Inclusion London this week held an online meeting of London DPOs and disabled people so they could raise their concerns with Christina Calderato, director of transport strategy and policy for Transport for London (TfL).

Mariya Stoeva, access project coordinator for Action Disability Kensington and Chelsea (ADKC), told the meeting that many ADKC members had raised “serious concerns” about TfL’s assessment of the impact of the proposals on disability equality, and about the impact on disabled people who receive support from care workers and carers.

She said: “I would also like to ask what measures TfL has taken to mitigate the risks of disabled people’s isolation, about socialising.

“This could lead many disabled people to be isolated.”

Laura Vicinanza, Inclusion London’s policy and stakeholder engagement manager, said: “ULEZ is being introduced to reduce air pollution and while disabled Londoners are disproportionately impacted by air pollution, disabled people are also more likely to be living in poverty than non-disabled people.”

She said the scheme could end up increasing the health inequality disabled people face rather than reducing it.

Under the expanded ULEZ scheme, a daily £12.50 charge will be levied on older, more polluting light vehicles, and although there will be a four-year exemption for those with blue badges, it currently only applies to those with a vehicle tax exemption.

This means that those with a registered vehicle – mostly people with the enhanced rate mobility component of personal independence payment – will qualify for the four-year ULEZ exemption, but those without a vehicle that is registered tax exempt will not.

There are fears that the current, limited exemptions will leave many disabled people – and their care and health workers, personal assistants and carers – forced to pay the £12.50-a-day charge every time they use their car.

Estimates suggest that as many as 30,000 blue badge holders have non-ULEZ compliant vehicles and will not be exempt and so will be forced to pay £12.50 extra a day to use their vehicles from August 2023.

Tripti Lapham spoke of the challenges she would face as a disabled single mother, with a daughter who needs to attend multiple hospital appointments, and she said she would not be able to afford to replace her car for one that meets the ULEZ requirements.

It is currently possible to claim a reimbursement for the ULEZ charge for appointments through the NHS, if the disabled person does not have an exemption for their vehicle and they are at “moderate or high risk” from Covid, and for some patients who are “too ill, weak or disabled to travel to an appointment on public transport”.

But Lapham said was already overwhelmed with the forms she had to fill out to claim support for her daughter.

And Kush Kanodia, a disabled ambassador for Disability Rights UK (DR UK), who has campaigned for an expansion of the exemptions for disabled people, said the reimbursement scheme was “a red herring” because most disabled people do not know about it and “will not fill out a form every time they go to the NHS”.

He said: “Climate action must go hand in hand with climate justice, otherwise all that will happen is that it will increase poverty and inequality for people who are already most impacted.”

Kanodia read out the concerns of one ADKC member, who claimed that it would cost them £50,000 to buy a new car and adapt it, as they have already had to scrap their car because of ULEZ.

The email said: “It will not be feasible to do so and it will leave me without independence to go and do whatever I need to do.”

Vicinanza said: “In the past few months I have talked to many DPOs and unfortunately I have been hearing similar concerns.”

Kate Toon, Touchpoint services manager for Inclusion Barnet, said she was “really concerned” about the impact of the ULEZ expansion on the many disabled people who do not use public transport because they are clinically extremely vulnerable to Covid, but still have to attend many medical appointments in London.

Maria Nash, a former trustee of Inclusion Barnet and a powered wheelchair-user, said she was concerned about the impact of the ULEZ charges on her care workers, which was “a huge problem”.

Stephanie Vaz, an ADKC trustee, said: “I am really scared for when my exemption expires, because I can’t afford a new car.”

Because her car is in her dad’s name, she was not eligible for a car scrappage scheme the mayor ran previously, which provided £2,000 for people receiving certain benefits who were willing to scrap a vehicle that did not meet the ULEZ standards.

The mayor is planning to run another car scrappage scheme when ULEZ is expanded, but the details will not be announced until after the consultation process.

Calderato said she knew there were “families who are struggling and dealing with huge amounts in everyday life”.

And she said TfL would “absolutely” look at whether it could simplify some of its processes.

She said: “We do think [the ULEZ policies] are really important to improve public health but we want to be able to do that in a way that is as reflective and understanding of the challenges that people face as they can be.

“We really want to hear if there are things that we have missed and need to hear from people who have got lived experience and can make sure that we are better informed when we are writing [the consultation] up and making recommendations to the mayor.”

Calderato said the potential for isolation was “a serious issue and one we need to consider”.

But she said there was already 82 per cent compliance with the ULEZ standards in outer London, and by August 2023 this was expected to have risen to about 95 per cent of vehicles, so 19 in 20 people will not have to take action.

Kanodia wants the mayor to agree to the same reasonable adjustments for disabled people that are already in place for London’s congestion charge zone, granting temporary ULEZ exemptions for all those with blue badges – whether they have their own car or not – and their care workers.

He said: “I have been proposing this to [TfL] since the beginning of last year but I have been ignored and all that has happened is disabled people’s human rights have been violated [when we are in a] pandemic and a cost-of-living crisis.

“I don’t understand what the problem is. It feels like talking to a brick wall.”

Calderato said that extending the exemption to all blue badge holders would undermine the benefits of the scheme.

She said the exemption was more generous with the congestion charge because it was “very difficult” to avoid it, but the ULEZ charge was easier to avoid, for example by driving a compliant vehicle.

She said: “What we are trying to do with the scheme design is to identify what the difficulties are and make sure we put mitigations in place.”

But Kanodia pointed to the cost-of-living crisis, TfL proposals to cut central London buses by one fifth, and much of public transport in the capital being inaccessible to many disabled people, and he said: “You are not looking at the cumulative impact on disabled people.

Calderato said: “Definitely not and that’s why we are consulting on changes like this.

“It’s really important for me to be here and hear the experiences you’re talking about.

“We do really seek to try and mitigate the impact.

“I hear that that’s not working in the way that you’d like it to, and I really hear the experiences that people are talking about today and that will really help us, and help me take this away when we are developing, for example, the scrappage scheme… to consider whether we do need to make any modifications to the proposals.”

Toon said she wanted to say how discriminated against she felt having listened to TfL’s proposals, as someone who would not be eligible for the ULEZ exemption because she does not receive the enhanced mobility rate of personal independence payment.

She said: “You are completely and utterly pushing myself and many hundreds and thousands of people aside, who suffer on a day-to-day basis with difficulties with getting to medical appointments and being able to see our loved ones.

“It’s alienating us, it’s absolutely alienating us. It should be help, not barriers being put in place for us.”

She agreed with Kanodia that all those with a blue badge should be exempt from the ULEZ charges.

Calderato told her: “I really take the point and I hear loud and clear that people don’t think that the existing things go far enough, and we should be thinking again about blue badge exemptions.”

She said TfL was “absolutely not closed to the idea of making further improvements to the scheme”.