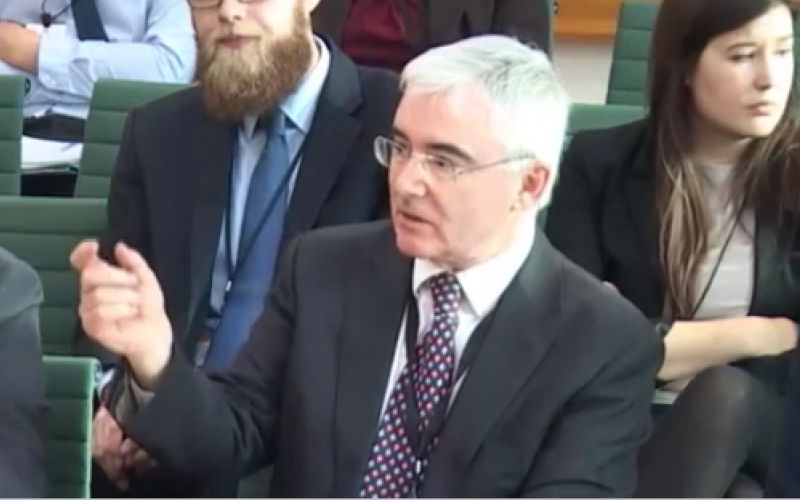 A committee of MPs has called on the government to stop local authorities discriminating against disabled people who need financial help following the introduction of the “bedroom tax”.

The work and pensions select committee’s report on the local welfare safety net – which focuses on England – warns that many councils are failing to follow government guidance when deciding whether disabled people should be awarded discretionary housing payments (DHPs).

The committee has been told that three-quarters of councils count disability living allowance (DLA) and personal independence payment (PIP) as part of a claimant’s income when deciding on their eligibility for DHPs, when the Department for Work and Pensions (DWP) and the courts have said this should not happen.

But when, during its inquiry, the committee asked the government’s welfare reform minister, Lord Freud (pictured giving evidence to the inquiry), if he would consider putting its DHP guidance on a statutory footing, he told the MPs that he saw “no particular benefit” in doing so.

The committee’s report is now urging him to think again.

It also wants him to strengthen the DHP guidance to stop councils forcing disabled people in adapted properties who have been hit by the bedroom tax policy to prove they have tried to move to cheaper accommodation.

The spare room subsidy removal (SRSR) policy – better-known as the bedroom tax – was introduced by the coalition in April 2013, and means that tenants in social housing are punished financially if they are assessed as “under-occupying” their homes, with about two-thirds of those affected disabled people.

Many disabled people need extra rooms for impairment-related reasons, or find it impossible to move to smaller accommodation because of the shortage of accessible, affordable properties.

The committee has also written to Lord Freud – alongside its report – to ask him to ensure that households where parents are caring full-time for their adult disabled children are not affected by the government’s benefit cap.

Disabled people who receive DLA, PIP or the support group element of employment and support allowance are exempt from the cap, which in April will see the total benefits a couple can receive reduced from £26,000 a year to £20,000, or £23,000 for those in London.

But if a disabled child receiving full-time family care reaches adulthood and makes a claim for disability benefits in their own right, they are then considered a separate “household”, so their carer’s exemption from the cap no longer applies.

The report details a visit by the committee to north London, in which a single woman who cares full-time for her 23-year-old son, who has received the higher rate of the DLA care component since the age of seven, had become subject to the benefit cap when he reached adulthood, leaving her with a rent shortfall of £90 per week.

She was given a short-term DHP, but the council refused to extend it – even though she had been asking to be rehoused for 10 years – leaving her only option finding a job and placing her son in care.

The letter, from the committee’s chair, Labour MP Frank Field, calls on Lord Freud to give “urgent thought” to the issue.

The report also says Lord Freud previously failed to provide figures requested by the committee to show how many families were in such a situation.

The Conservative MP John Glen, a member of the committee, said it was “clear that the benefit cap was not intended to apply to the carers of adult disabled children”.

He called on the minister to clarify the DHP guidance or “explain how else these cases can be treated compassionately by a policy that was never intended to affect them”.

The report also calls on the government to commission research into the characteristics of people affected by the benefit cap and the bedroom tax who have little option but to stay in their current homes because they cannot work or earn more, or move to a cheaper home.

The report calls for much better coordination of the local and national benefits systems to fill gaps in the welfare safety net and prevent severe hardship and destitution, and avoid leaving people “confused about where to turn in a crisis”.

It says the government’s localisation policies, at a time of budgetary pressures and welfare reform, have led to concerns about a “postcode lottery” in the coverage and adequacy of the safety net, particularly in England.

A DWP spokesman said: “Our vital welfare reforms are restoring fairness to the system and under universal credit we are working closely with local authorities, charities and landlords to ensure people receive the support they need.

“We know that there are some people who need extra support transitioning to our reforms, which is why we provided local authorities with over £500 million in the last parliament and will provide a further £870 million in this one.

“It is right that we have given local councils more control because they understand best their local area’s needs.”

He said DWP had published an evaluation of the spare room subsidy removal, which “included an assessment of the impact of the policy on disabled people”.

DWP said it had issued “clear guidance” to councils on using DHPs, which highlights “that these can be used in both the long and short term and that the most vulnerable should be prioritised, including disabled people”.

He said that 98 per cent of carers were not affected by the benefit cap.

The spokesman said: “Lord Freud will respond directly to Frank Field in due course.”

By noon today (14 January), he had not commented on whether the DHP guidance would be given statutory status.

Meanwhile, a report by the National Audit Office (NAO) has concluded that the future of local welfare assistance schemes “appears uncertain”.

The NAO said: “With reducing resources and competing pressures, many councils say they cannot afford to continue offering this support without specific government funding.

“The NAO finds that some councils have already stopped or reduced the provision they introduced in April 2013.”

Amyas Morse, head of NAO, said: “Councils provide discretionary local welfare support, but increasing numbers are stopping doing so, and less is being spent overall now than in 2013.

“The consequences of creating this gap in provision are not understood, either in terms of impact on vulnerable people or of creating potentially costly additional care or medical needs in the longer term.” 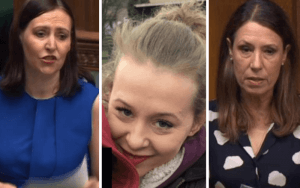