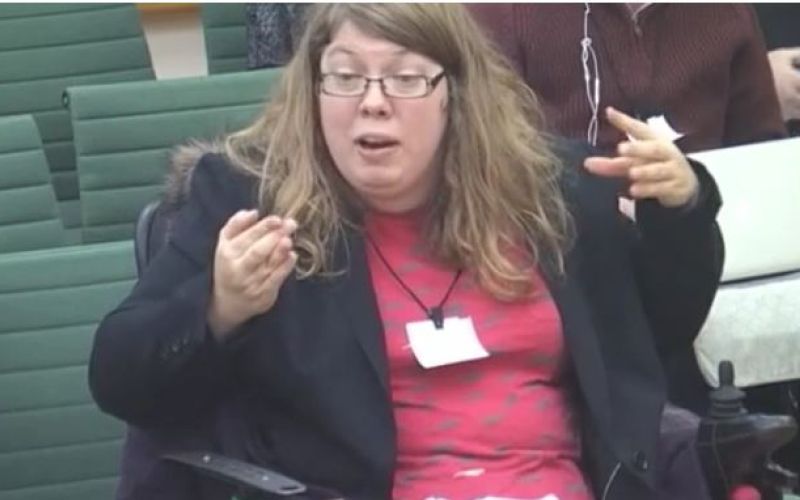 The barriers disabled people face in navigating the built environment are an “unacceptable” attack on their quality of life and right to equality, according to a committee of MPs.

The report on disability and the built environment, by the Commons women and equalities committee, calls on the government to take a more visible lead in improving access and inclusion.

The report mirrors last year’s report on disabled people and the Equality Act by a Lords committee by concluding that the “burden” of achieving an accessible environment “falls too heavily” on individual disabled people.

Instead, it says, this burden “needs to lie more obviously with the bodies who create, occupy and manage the environment”, such as central government and local authorities.

The report describes a catalogue of barriers that were reported to the committee by disabled witnesses, including the shortage of accessible homes; public and commercial buildings without step-free access or with poor signage; inaccessible workplaces; sports halls with surfaces unsuitable for wheelchairs; and the failure to exempt assistance dogs from bans on dogs in public parks.

Other barriers reported to the committee included the failure by service-providers to install or maintain hearing loops; restrictive gates on paths and cycle routes that block wheelchair-users and those with adapted cycles; pedestrian crossings that fail to give disabled people enough time to cross the road; and streets made impassable by pavement parking, cars parked in front of dropped kerbs, and street clutter such as wheelie bins and advertising boards.

The report also calls for major improvements to national planning policies and guidance.

Local plans, it says, should not be approved by the Planning Inspectorate without evidence that they address access for disabled people across housing, public spaces and the wider built environment.

And planning consent for developments should only be given by a local authority “where there is evidence that a proposal makes sufficient provision for accessibility”.

The report says: “More ambition is needed in the standards the Government sets for the homes that the country desperately needs.

“There is ample evidence, nationally, for the Government to require a reasonable level of accessibility for all new homes.”

Among its demands, it calls for employers to build more accessible workplaces, and to be incentivised to improve existing ones; for building regulations to be updated; and for laws to be changed to make a basic level of access a key consideration in granting licences for pubs, clubs and other licensed premises.

It also says that all large building developments should have to include a Changing Places toilet, facilities with extra space and equipment for disabled people who cannot use standard accessible toilets.

And the report calls for better engagement with disabled people “to ensure that they have a meaningful input, at both national and local level,” in creating inclusive buildings and environments.

The report also calls for urgent new government guidance on shared space street schemes – and a temporary halt to all such developments – following reports to the committee “from many groups and individuals” that “unsafe” schemes have “severely curtailed” their ability to move about freely in public.

Maria Miller, the committee’s chair and a former Conservative minister for disabled people, said the burden of ensuring an accessible environment “falls too heavily at present on individual disabled people”.

She called instead for a “proactive, concerted effort by ‘mainstream’ systems and structures – including national and local government and built environment professionals – to take on the challenge of creating an inclusive environment”.

She said the government must be “more ambitious”, and added: “Our current environment was not created overnight and will not be mended overnight – but those with the influence to do so have had over 20 years since the Disability Discrimination Act 1995 first set out the standards expected of them.

“Disabled people have the right to participate in all parts of life under the law; this is undermined if the built environment locks them out.”