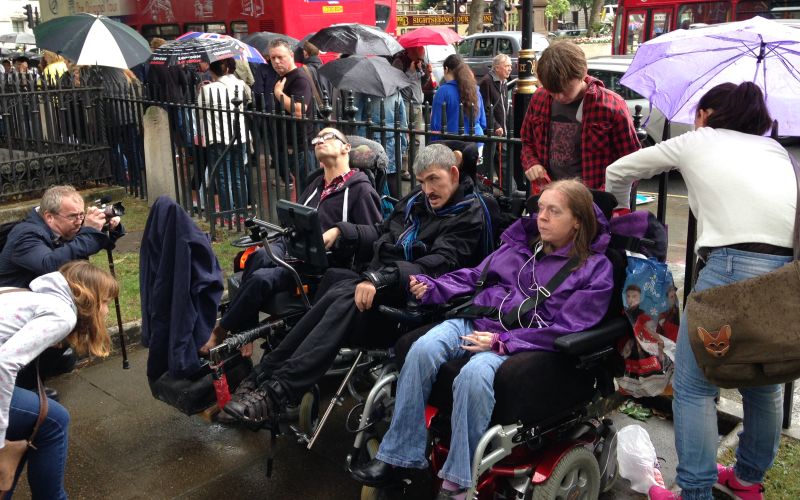 Disabled members of the Conservative party have launched their own investigation into the closure of the Independent Living Fund (ILF), following widespread concerns about its impact across the country.

The Conservative Disability Group (CDG) has issued an appeal to former ILF-users and those who had friends or relatives who were recipients of ILF funding to help with the research.

Disabled campaigners have accused the government of trying to “wash its hands of all responsibility” for meeting the social care support needs of former ILF-recipients, with the transition process hit by reports of cuts to their care packages.

ILF was funded by the Department for Work and Pensions, and when it closed on 30 June 2015 it was helping nearly 17,000 disabled people with the highest support needs to live independently.

CDG – which provides a forum for party members with an interest in disability to raise concerns and make suggestions that can be passed on to Tory MPs and councillors – plans to write a report to share with the minister for disabled people, Justin Tomlinson.

Wayne Henderson, a member of the CDG executive, has told members the project will examine how well the transition has been managed.

He has asked for evidence of how the process has worked in different parts of the country, whether there have been any problems, and whether people’s care packages have been protected by their local councils.

He told Disability News Service that it was CDG’s “first call for evidence in recent years” and that they were “using our limited resources to investigate one of the most current areas where there are reported problems in order to find out the facts”.

But he said it was too early to say if he or other CDG members were concerned about how the transition from ILF closure had been managed.

He said: “We are doing this because we have heard that the transition varies considerably from area to area and we want to get more facts to inform our consideration and thence to pass on information and suggestions to the parliamentary group.”

A spokeswoman for Inclusion London welcomed CDG’s decision to carry out the investigation, but said it was a surprise.

She said: “People haven’t felt listened to by the Conservative party. It shows that it is such an important issue that they are choosing to research in this area. It shows an awareness that the transition has not gone smoothly.”

A Conservative party spokesman said: “The CDG are an independent organisation, so it is up to them what research they choose to undertake.”

In October, figures obtained by Inclusion London through a freedom of information request showed that in one local authority, Waltham Forest, more than a quarter of disabled people who previously received ILF support had had their social care packages cut by at least half since it closed.

Meanwhile, the Department for Communities and Local Government (DCLG) has finally confirmed – following weeks of requests for information from Disability News Service (DNS) – that it will provide some funding to councils to compensate them for the extra costs of providing support to former ILF-users in 2016-17.

DCLG had insisted that any grants to support councils with the costs of former ILF-users in 2016-17 would depend on the outcome of the government’s spending review, and later said it would provide details once last month’s local government finance settlement had been announced.

A DCLG spokeswoman has now finally told DNS: “Local councils are now responsible for meeting all of the eligible needs of former Independent Living Fund recipients.

“The government is committed to ensuring councils meet their duties under the Care Act 2014 to former fund recipients.

“We will be providing a grant to councils to fund former ILF recipients. Full details will be published in due course.”

Ellen Clifford, a member of the national steering group of Disabled People Against Cuts (DPAC), said: “I would be surprised – although delighted – if there really was continuation of the separate ILF grant determination.

“The delay in releasing this information means that local authorities will continue to plan ahead on the basis there won’t be, leading to re-assessments going ahead meanwhile on the basis of a need to cut costs.”

This week, DPAC issued an appeal for donations to set up a fighting fund to help former ILF-recipients challenge cuts to their care packages.

Clifford said that cuts to the extent of those seen in Waltham Forest “mean robbing disabled people of independence, dignity and equality”.

Changes to legal aid mean some former ILF-users are no longer eligible for help with their legal bills, but cannot afford to fund court action to challenge cuts to their care packages.

Clifford said: “Legal challenges are an important way of testing out the rights of former ILF recipients under the Care Act 2014 and making examples out of local authorities that are not meeting their legal duties.

“This is why we need a fighting fund available to support legal challenges by former ILF recipients not eligible for legal aid.”

Meanwhile, the Welsh government has confirmed, in an email to a former ILF-user, that it has allocated £27 million for 2016-17 to a fund it set up as a result of ILF’s closure.

The Welsh independent living grant (WILG) funding will ensure that former ILF-users continue to receive their existing level of financial support for social care until at least March 2017.

In the email sent to campaigner and former ILF-user Nathan Lee Davies, the first minister of Wales, Carwyn Jones, said the Welsh Labour government’s draft budget for 2016-17 “contains £27 million to enable the WILG to continue to March 2017 as planned”.

He added: “I understand that the minister for health and social services will shortly be engaging with representatives of stakeholders to identify the best way of providing support in future.

“This will be in the light of the public consultation held earlier this year. This is to ensure that future arrangements are in place for when the current grant concludes in 2017.”

Davies said on his blog that this response was “the best Christmas gift I could have asked for as now I have it in writing that WILG will continue to March 2017 as planned”.

He added: “I must keep my eye on the ball and continue to fight to secure long-term assurances for disabled people, but I can now forge forward with hope in my heart.”

A Welsh government spokesman said: “The UK government’s decision to close the ILF caused anxiety among those who receive support, and their carers.

“The Welsh grant scheme to replace the ILF came into operation on 1 July 2015. It allows local authorities to pay existing recipients their current level of funding.

“The actions the Welsh government has taken to ensure this important source of funding continues to be delivered by our local authorities means people who currently receive ILF payments will still be able to get direct payments to sustain their levels of care and support under a new made-in-Wales process.”

The Scottish government has set up its own Independent Living Fund, for both existing and new users in Scotland.

Picture: Activists campaigning to halt the closure of the Independent Living Fund taking part in a protest in the grounds of Westminster Abbey in 2014