A council will have to carry out an audit of disability access at every one of its polling stations, after agreeing to pay compensation to a wheelchair-user who was prevented from voting at elections in 2014.

Last week, Disability News Service reported how a partially-sighted voter said he believed he had been discriminated against at a polling station when trying to vote in the general election earlier this month, while the disability charity RNIB said it was responding to “a steady stream of complaints about blind and partially-sighted people’s experience of the voting process”.

Lotun’s incident happened as he was trying to vote at the 2014 local authority and European elections.

He has since seen documents which show there were complaints made about access at the Sunray Community Centre, where he tried to vote, dating back to the early 1980s, as well as at other polling stations in the borough.

And he has questioned why the council had failed to make reasonable adjustments for disabled voters at the community centre, years after the introduction of the Disability Discrimination Act 1995, and the subsequent disability equality duty, which came into force in December 2006 and required public sector organisations to promote disability equality.

Lotun said that although the Sunray polling station was now accessible to people with physical impairments, he did not believe it was “fully accessible” to those with other access needs, which meant the council risked being challenged again on accessibility.

Lotun, who was represented by the disability discrimination law specialists Fry Law, also questioned why the council had employed an expensive QC to fight the case, when the discrimination was so obvious and could have been settled far earlier through mediation.

And he has said that he received threats and abuse in the streets after he first lodged his legal claim against the council, and that those people who made those threats should now “hang their heads in shame”.

Lotun had been unable to enter the community centre in 2014 because it was not wheelchair-accessible, and staff were unable to let him in through the rear fire exit because a gate was locked and they did not have a key.

Lotun’s wife, who uses hearing aids, was able to enter the polling station but discovered there was no hearing loop to help her communicate.

At one point, the staff suggested carrying Lotun and his wheelchair into the building.

By the time council staff had ensured wheelchair access to the polling station, it was early evening, and he had decided he was not going to return to try to vote.

He said: “I wasn’t going to go out again. I have been mugged so many times in the dark.”

Kingston council has agreed to pay Lotun compensation – although he is not allowed to say how much – and carry out an audit of access at every polling station in the borough.

Chris Fry, founder of Fry Law, said: “The Equality Act enshrines the principle of universal participation, and local authorities offering venues for the purposes of voting should all follow Kingston’s lead by ensuring that they are accessible.

“We have seen a marked improvement in suitability of venues since I began looking at this as part of the #PolledOut campaign three years ago.”

A Kingston council spokeswoman said: “At the May 2014 European and council elections a resident, who was a wheelchair-user, was unable to vote at their polling station, the Sunray Community Centre.

“Since then the council took steps to ensure that the Sunray Community Centre was fully accessible to people with disabilities and the necessary work was completed prior to the general election in 2015.

“The council is not aware that there were any complaints regarding access to polling places at the recent parliamentary election.”

She added: “The council is aware of its responsibilities under equalities legislation and strives to ensure that buildings that it uses as polling places at elections are accessible to those with disabilities.

“To this end the council will be reviewing access arrangements at all buildings currently used as polling places as part of the next polling place review.”

But the council has refused to say if it would apologise to Lotun, why it spent money employing an expensive QC to fight the case when there appeared to have been a clear breach of equality laws, and which adjustments it has made to the community centre.

The Electoral Commission’s report on this month’s general election – which will include its views on voting accessibility – will be published in September.

It is also part of a group, led by the Cabinet Office, that is looking at how voting can be made more accessible.

A commission spokeswoman said: “The Electoral Commission provides guidance to help ensure that there is equal access to voting for all.

“Polling station staff must ensure that disabled voters are not offered a lower standard of service than other voters.

“Our guidance includes guidelines on the layout of a polling station and recommends that polling staff make sure that the needs of voters with a range of disabilities are considered.” 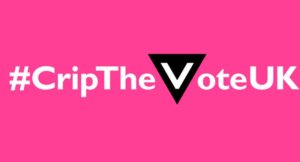