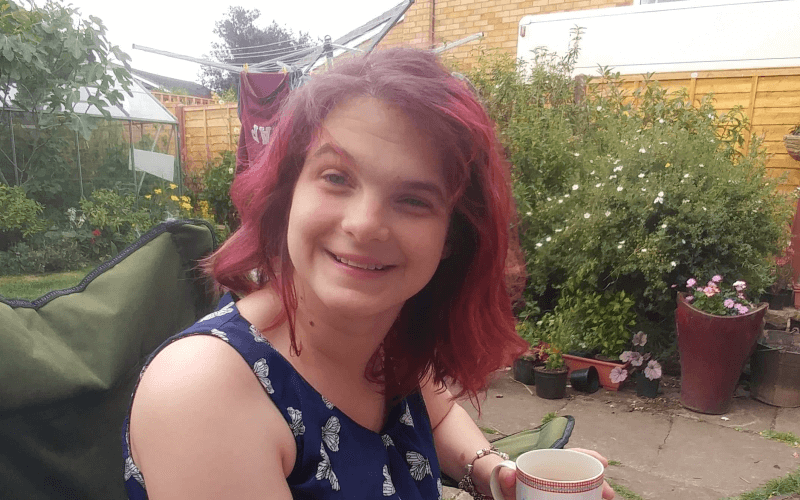 A young disabled woman has described the abuse she experienced in a charity-run mental health hospital, and has called for more to be done to close such long-stay institutions.

Abigail Donohoe (pictured) spent more than six years in mental health hospitals in her late teens and early 20s, including more than two years at a brain injury service run by the St Andrew’s Healthcare charity in Northampton.

Although the charity’s brain injury service was rated good (PDF) when last inspected by the Care Quality Commission (CQC) in 2016, the regulator this month placed the adolescents service on the same site into special measures (PDF).

The adolescents service for young disabled people attracted media attention last year when it was revealed that one autistic teenager called Bethany had been kept in seclusion for nearly two years and was often fed through a hatch.

The same service had already been exposed the previous year by Channel 4’s Dispatches, which featured a visit by former Liberal Democrat social care minister Norman Lamb, who described his horror at the use of segregation he found there.

Now a CQC inspection has placed the service in special measures, giving it six months to make urgent improvements, after raising serious concerns about safety, and warning that staff “did not always treat patients with kindness, dignity, compassion and respect”.

Donohoe is not autistic herself, but she says she can display “challenging behaviour with autistic traits”, which was why she was admitted to the neuropsychiatry unit.

She was originally admitted to St Andrew’s as a voluntary patient in 2013, but she was later sectioned.

She arrived during a period of crisis, having been led to believe that she would receive a thorough, six-week assessment followed by recommendations for a continuing programme of treatment.

But she did not leave for more than two years, and then spent another two years at Milton Park Therapeutic Campus, in Bedford, firstly on section for a year and then as a voluntary patient for another year because there were no community-based placements available.

Milton Park, now renamed Lakeside, was rated as “requires improvement” earlier this year by CQC, and remains in “special measures” after previously being rated “inadequate”.

This week, Donohoe described to Disability News Service how she was kept in seclusion for hours at a time at St Andrew’s.

While some staff were supportive and caring, others taunted or threatened her, and physical restraint was common and could last up to 30 minutes, including techniques such as bending her wrists, lying on top of her, or injecting her with powerful sedatives against her will.

She believes the kind of abuse she experienced is widespread in many institutions.

Donohoe, who is currently living with her family with outreach support while she tries to find a suitable supported living setting where she can live independently in the community, has now written to MPs and peers on the joint committee on human rights (JCHR) to push for wide-ranging reform.

Since leaving “high-pressure institutional settings”, she has been “so much calmer”, she said.

She said the failure to release patients from long-stay institutions is partly connected to the profits such services can make for the organisations running them because of the huge fees they are able to charge.

She said: “That makes me look like an abusive monster. I can be very challenging, but not 200 separate incidents, and often it will have been caused by goading from the staff.”

The goading at St Andrew’s involved threatening her with powerful medication or telling her she will be “here forever” if she does not “shut up”.

“They do that to make it look as if you need to be in hospital,” she said.

She has spoken of her hope to speak out on behalf of fellow patients to help in the push for reform.

She contrasts the treatment of people with conditions such as diabetes and schizophrenia, who receive crisis inpatient healthcare and then receive ongoing community-based care, with the care often handed out to autistic people, and those with learning difficulties and impairments like hers, who are often “warehoused” for years on end in long-stay hospital units.

She said: “The system is completely ineffective, and it is about locking people away. It needs a complete overhaul.”

She believes that the six-week timeframe she was told to expect is the only one acceptable for someone in her position to be detained in such a setting.

After that period expires, she says, and the recommendations have been made, support should be provided in an inclusive community setting.

She points to the case of Jade Hutchings, an autistic woman and a pen pal of hers, whose own case was written about in the mainstream media last year when it emerged that she had been locked in an assessment and treatment unit for more than 13 years.

Donohoe said there needed to be more effort to hear from service-users like her, although she accepts that many patients cannot speak for themselves because of their impairments and the fear of services taking revenge on them if they do speak out.

She said: “I am extremely frustrated that it is not changing despite all the scandals.”

Only last week, she watched two senior CQC figures giving evidence to the JCHR about the regulator’s failure to halt the abuse at Whorlton Hall, later exposed by an undercover reporter working for BBC’s Panorama.

Donohoe said the whole care system was failing and CQC itself needed to do more to “take ownership” of the problems.

She said she did not trust the CQC’s ratings, and added: “There’s not a lot of point in having them if you can’t trust the ratings.”

A spokesperson for St Andrew’s said: “We support vulnerable people and have a duty of care which we take very seriously.

“An important part of this is respecting patients’ confidentiality. For this reason we never comment on whether someone is or has been a patient at St Andrew’s Healthcare.”

But she added: “Seclusion is used for the shortest possible time and only ever when other less restrictive methods have failed.

“A person is only restrained – and then only for the shortest possible time – when they have become a risk or danger to themselves, other patients or staff, and only when all other de-escalation methods have failed.

“The CQC have recently recognised the reduction in the use of restrictive practices within our services, such as prone restraint and rapid tranquilisation.

“For those patients who are referred to our hospital environments at a time when they are at their most vulnerable, our role is to provide care as best we can and proactively advocate on their behalf when we believe it is right for them to move on.”

But Donohoe said St Andrew’s had not advocated for its patients from her experience.

She said: “They are encouraging people to be kept there longer by exaggerating incidents in the way they are reported.”

She said she could not say what St Andrew’s was like now, but when she was there she was often kept in seclusion for hours, with staff making no effort to de-escalate the situation by engaging with her.

She weighs about eight-and-a-half stone and would often be physically restrained by “six big guys”.

She said the thought of what she went through while being restrained still makes her angry.

She added: “Occasionally I did get seriously hurt during the course of restraint.

“It was quite damaging to every sort of recovery. That was why I had to go to Milton Park, to recover from St Andrew’s.” 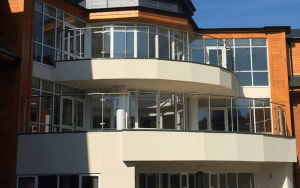