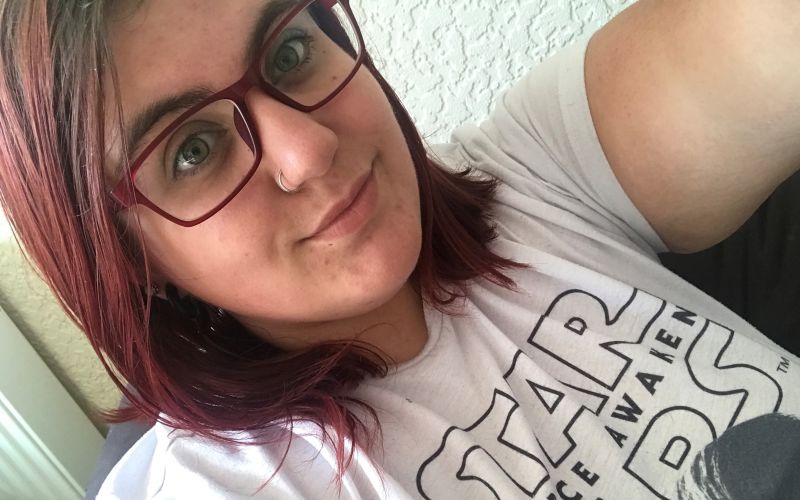 A disabled woman has been forced to quit her job because two “Disability Confident” government organisations refused to allow her to use one of the parking spaces close to the offices where she worked.

Leonora Bateman worked for a company wholly owned by the Department for Work and Pensions (DWP), while the offices where she worked – and the parking spaces – were run by HM Revenue and Customs (HMRC).

An MP has described Bateman’s treatment as “scandalous” and said her case demonstrates how “worthless” DWP’s Disability Confident scheme is.

Bateman (pictured) had been working for BPDTS, a company set up last year by DWP to provide it with its IT services and based at HMRC-run offices in Newcastle-upon-Tyne.

She had asked for permission to park her car in one of the spaces near the BPDTS offices, as her mental health condition means she experiences severe anxiety attacks when walking long distances on her own.

She was originally granted a short-term permit that allowed her to park near the offices, but HMRC told her she would not be allowed a permanent permit because she did not have a mobility impairment.

Even though HMRC accepted in an email that she was a disabled person under the Equality Act 2010, she was told she could only have a permit if she secured a blue parking badge from the local council, despite two occupational health assessments recommending that she be allowed to park close to the offices.

But it can be almost impossible for many disabled people whose mobility is affected solely by mental health conditions to qualify for blue badges, because of “discriminatory” government guidance.

HMRC even suggested that Bateman could claim support through the Access to Work scheme, which would have cost the government thousands of pounds a year in taxi payments, even though she already has a car. She also says that using twice-daily taxis would have caused her significant further anxiety.

Labour’s newly-elected disabled MP for Battersea, Marsha de Cordova, said this week that the way Bateman had been treated was “scandalous” and that the government should be “leading by example” when it comes to employing disabled people.

She said: “When it comes to employing disabled people, the government needs to lead by example.

“They need to be the models of best practice. They are not. That’s a clear example of where things are going wrong.”

The case comes only four months after prime minister Theresa May promised – in her general election manifesto – that a Conservative government would “transform how mental health is regarded in the workplace”.

As Disability Confident Employers, they are supposed to “make a commitment to employ and retain disabled people”.

They are also supposed to promise that they are “proactively offering and making reasonable adjustments as required” to disabled employees.

De Cordova said that Bateman’s case showed that Disability Confident – which has been criticised for being “trivially easy to abuse” and allowing organisations to describe themselves as “disability confident” even if they fail to comply with anti-discrimination laws – was “worthless”.

Bateman started working for BPDTS at the HMRC-run Benton Park View complex in March, having transferred from Hewlett Packard, which had provided IT services to DWP before the department set up BPDTS.

Because of HMRC’s failure to allow her to park near the BPDTS offices, for the first couple of months she had to ask her parents to drive her to work.

The stress of trying to persuade her employer to make a reasonable adjustment by providing her with a parking space left her so emotionally exhausted that she became unwell.

She was given a short-term medical permit that lasted a month, but was told it would not be extended when it ran out.

She had attempted to use a car-park located about three-quarters of a mile from the offices when she attended her two-day induction for the job with BPDTS, but became so distressed by the long walk that she later had to call her mother to pick her up.

She has now handed in her notice, and is currently off sick while she serves her notice period.

She said: “Without this reasonable adjustment being made, I physically cannot get into work. I feel I have been treated very unfairly.

“It’s having a long-lasting effect on my mental health. I don’t think it has been fully appreciated by the team responsible for rejecting my application.”

A DWP spokeswoman refused to comment, although she confirmed that BPDTS was a Disability Confident Employer.

She said DWP could not comment because BPDTS was “a separate legal entity with its own governance structure”.

An HMRC spokesman said in a statement: “We do not comment on the personal circumstances of individual users of the site.”

DNS offered to ask Bateman to give her permission for HMRC to discuss her allegations, but that offer was refused by the spokesman.

He claimed HMRC was “fully compliant with our requirements under the Equality Act”.

BPDTS has failed to return calls from DNS.