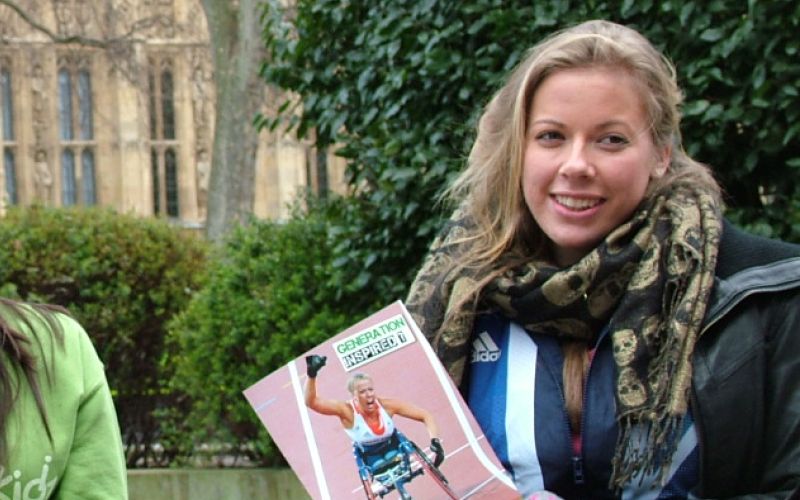 A talented Scottish teenager has described how her dreams of Paralympic glory may have been dashed by the government’s disability living allowance (DLA) cuts and reforms.

Kayleigh Haggo has been told that she will lose her entitlement to a Motability vehicle following her assessment for the new personal independence payment (PIP), the replacement for working-age DLA.

Kayleigh, who won three athletics golds at the 2012 European Paralympic Committee Youth Games, holds 13 age-group world records in athletics and swimming, and has set her sights on competing in swimming at the 2020 Paralympics in Tokyo.

But she believes that without a Motability vehicle – in which her mother drives her and her equipment – she will find it impossible to travel to and from training.

She was told by DWP that because she can walk more than 20 metres, she will not be eligible for the enhanced mobility rate of PIP, and therefore will be unable to lease a Motability vehicle. Under DLA, which she previously claimed, the criteria was 50 metres.

But she says that she can only walk that far now because of her athletics training.

She told the Daily Record: “When I leave school I’m hoping to train full-time and also go to college or university. But I won’t be able to get there.

“I really want to compete in the Paralympics, but not having a car will mean that can’t happen.

“To get the bus would mean I’d have to go down the stairs myself, and I can’t do that.”

Gavin Macleod, chief executive of Scottish Disability Sport (SDS), said Kayleigh was on SDS’s athlete academy programme, and had the potential to be a future “high performance athlete”.

He said that the “loss of independence that a car brings could have a significant impact” on her, as the regularity of training and competition increase.

When Disability News Service (DNS) asked the British Paralympic Association (BPA) if it was concerned about her case, a BPA spokeswoman said: “The BPA is ultimately responsible for and engages with athletes that qualify for the British team at a Paralympic Games.

“We do not therefore have the same knowledge of individuals and their circumstances that are not part of our Paralympic teams as other organisations better placed to comment.”

She added: “Of course we would want as much as possible to be in place to support promising disabled athletes at whatever level – and would expect those organisations and [national governing bodies] charged with supporting and developing young athletes at that level to be focused on ensuring that opportunities are maximised.”

Kayleigh’s case emerged as a disabled peer warned the government that the move from 50 metres to 20 metres was “extraordinarily harsh”.

The Liberal Democrat Baroness [Celia] Thomas said – during a debate on the Queen’s speech – that the tightened eligibility would mean thousands of disabled people were likely to lose their Motability cars, once the bulk of PIP reassessments began in October.

She said she hoped that assessors working for the government’s PIP contractors Atos and Capita were “diligent in reading any supporting letters from a claimant’s doctor, consultant or physiotherapist, and that they closely question the claimant about whether they can walk the short distance in the test even if there is a gale-force wind blowing, an icy surface, or they have to cross a busy road with kerbs… and, of course, whether they can walk this distance, not too slowly, several times a day if necessary.”

A Motability spokesman said it had no role in determining who should receive DLA or PIP, and could not comment on individual cases.

But he said: “Motability is providing a one-off package of support and advice to customers who lose their allowance as a result of PIP assessment, to help them through the difficult transition.

“The package includes a payment to affected customers of up to £2,000, together with individual help and advice, particularly in regard to insurance.

“Early research from recipients of the transitional support package shows that customers are appreciative of the level of support provided and that it has helped them to remain mobile without their Motability car, in many cases by purchasing a used car.

“We would encourage anyone who has concerns about their individual circumstances to contact Motability.”

Next month, the high court will hear an appeal by the disabled blogger and activist Steve Sumpter against a court ruling that a government consultation on plans to tighten eligibility for PIP was not unfair and unlawful.

The Department for Work and Pensions (DWP) consulted on PIP in 2012 but did not mention its plans to cut the criteria from 50 metres to 20 metres until after the consultation had closed.

The judge only ruled in DWP’s favour because ministers had ordered a second consultation, as a result of Sumpter’s legal case.

Sumpter said on Twitter this week: “I believe it is only through having support, care, a wheelchair and my car that I am ever able to walk, because I saved my energy.

“If I am determined to be able to walk more than 20m I will lose my car, struggle to do anything, then lose my ability to walk 20m.”

Government figures have predicted that 548,000 of the 892,000 working-age people who were receiving the higher rate of the DLA mobility component in February 2013 will not receive the enhanced mobility rate of PIP once they are transferred to the new benefit.

Kayleigh’s story has highlighted the fears of many British Paralympians that the reforms and cuts to spending on DLA would damage their chances of success at the highest level.

In the last three years, a string of Paralympians have told DNS of their concerns that they and other disabled people could lose their support in the move from DLA to PIP, although most of them will not be reassessed until later this year at the earliest.

Hannah Cockroft (pictured), who won two golds in London as a wheelchair athlete, told DNS in 2013 that she believed she would lose her support and her Motability vehicle when she was reassessed.

David Clarke, at the time the captain of Britain’s blind football team, said in 2012 that withdrawing DLA for those with extra costs would “jeopardise the independence of disabled people”.

Gold-winning archer Danielle Brown told DNS that she “couldn’t manage without” her Motability vehicle, and added: “I would struggle if I didn’t have a car.”

Before the games, Paralympians Ali Jawad, a powerlifter, table-tennis star Sue Gilroy, Aaron Phipps, a member of the wheelchair rugby team, and his team-mate Kylie Grimes, boccia veteran Nigel Murray and Natasha Baker, who went on to win double dressage gold at London 2012, all spoke out about the importance of DLA and how the reforms and cuts could jeopardise their independence.