You are here: Home / Benefits and Poverty / DWP ignored ‘hugely alarming’ research that linked WCA with 600 suicides, MPs are told 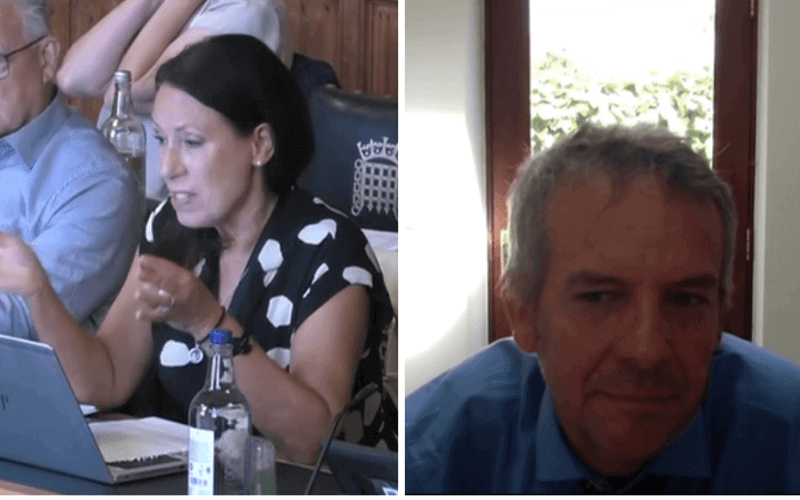 The Department for Work and Pensions (DWP) ignored leading academics after they published “hugely alarming” research that linked the work capability assessment with 600 suicides in just three years, MPs have been told.

The failure is just the latest evidence to show how DWP ignored and covered-up warnings about the safety of its disability benefit assessment system over the last decade.

Professor Barr was one of the team who published ground-breaking research in 2015 that concluded that the government’s programme to reassess people on incapacity benefit (IB) through the work capability assessment (WCA) was linked to about 600 suicides in just three years.

Professor Barr and other public health experts from the Universities of Liverpool and Oxford showed in the study that, for every 10,000 IB claimants who were reassessed in England between 2010 and 2013, there were an additional six suicides, 2,700 cases of self-reported mental health problems, and an increase of more than 7,000 in the number of anti-depressants prescribed.

He told the committee yesterday that the study, and other evidence that has emerged over the last decade – such as reports of individual deaths and reports by coroners – showed “clear evidence that there’s potential for the assessment process to cause some very major adverse effects on mental health”.

He said it was impossible to prove that the WCA caused the 600 suicides, although it was “extremely likely” and “extremely plausible that the assessment process led to those outcomes”.

But Professor Barr told the committee yesterday, in response to questions from Labour’s Debbie Abrahams, that DWP had not contacted the research team after the article was published.

He and his colleagues had recommended in the study that DWP should start to monitor the WCA’s “adverse outcomes”, but the department failed to contact them to discuss the recommendation and the wider study.

He said it was not possible to say if the level of harm had decreased since 2015 because DWP “hasn’t been collecting the data to be able to answer that question and hasn’t enabled researchers and others access to the data that would enable that to be answered more robustly.”

He called on the committee to push for DWP to monitor “adverse outcomes coming through the assessment process”.

Professor Barr later confirmed to Disability News Service (DNS) that he had had no official contact from DWP about the study, despite the number of suicides it linked with the WCA being described by Abrahams as “hugely alarming”.

He told DNS the research team had organised a workshop a couple of years after publication, which was attended by representatives from DWP, and in which he and his colleagues discussed the study in an “unofficial capacity”, but there had been no other contact.

Conservative MP Dr Ben Spencer repeatedly questioned the data and told the committee that the figure of 600 suicides “seems almost too big to be believable in terms of going through the work assessment process”.

He asked if there was another explanation for the increase in suicides, and later said that he “can’t really get my head around it” because “it looks so large”.

But Professor Barr said the figure was “entirely plausible” as one million IB claimants had been put through the WCA in those three years.

He told DNS later that “using more detailed data that the DWP has access to, we would be able to estimate these effects with greater certainty.

“At a minimum, our evidence, along with evidence published by others, is sufficient to warrant further independent inquiry, and changes to the assessment process to minimise harms.”

Dr Baumberg Geiger said that – despite recent claims from DWP assessment contractors that their performance had improved – his own research suggested there were “still major problems with the WCA that could lead to increased risks of poor mental health”.

He said that provisional results from a survey of more than 7,000 benefit claimants found more than half of those who had been through a WCA said it had made their mental health worse.

He told the committee: “It is not sufficient just to say this is a historic problem and everything is fine now.”

He also raised serious concerns about the gradual move of disabled people onto the universal credit working-age benefit system, which can place demands on disabled claimants before they have had the chance to be assessed through the WCA.

He said: “For universal credit, everybody is part of the system and has the demands imposed on it potentially at the start before a WCA so you’re really, really relying on the safeguarding procedures to be really good.”

He said DWP “has a responsibility to make sure for people that it is there to help, that it is not causing harm”.

Professor Barr said it was not possible to examine the impact of universal credit on mental health, and whether it had also led to suicides, because DWP was refusing to release the data needed to carry out that research “when it is within its power to do that and it would be possible to assess those impacts”.