You are here: Home / Benefits and Poverty / DWP ignores concerns from disabled people who shun activity over benefit fraud fears 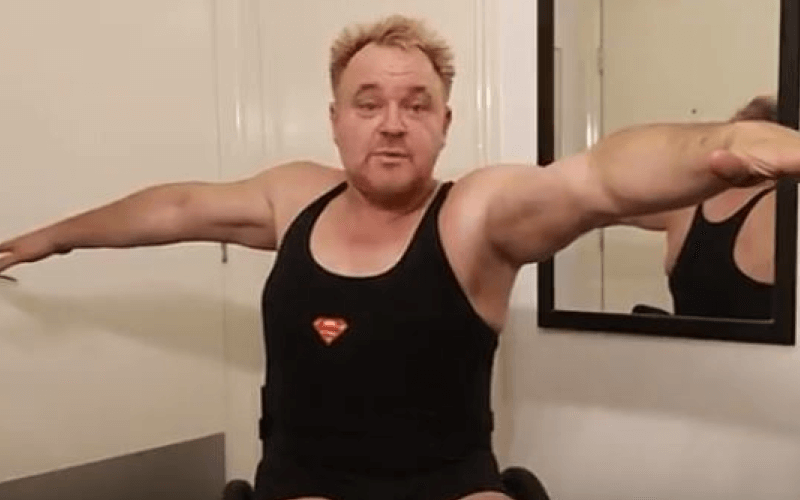 The Department for Work and Pensions (DWP) has refused to offer a solution to disabled people who say they are fearful of taking more exercise in case they have their support cut or are branded benefit cheats.

A new report by the disability sports organisation Activity Alliance found that four-fifths (83 per cent) of disabled people they surveyed would like to be more active, but nearly half (47 per cent) feared losing their benefits if they took more exercise.

More than a third (34 per cent) had either had their own benefits sanctioned or removed because of being physically active or knew someone this had happened to.

The survey of more than 200 people who either currently or previously received disability benefits such as employment and support allowance (ESA) and personal independence payment (PIP) – and were involved with disability sports organisations – found almost two-thirds (65 per cent) relied on benefits to be active, so as to pay for travel, specialist equipment or paid-for exercise.

The Activity Trap: Disabled People’s Fear Of Being Active – which was commissioned by the Dwarf Sports Association – says that “ambiguity remains a problem in terms of what level of physical activity is acceptable and what might lead to removal of support”.

One of those surveyed said: “I have a lot of concerns when it comes to benefits and the constant fear of them being taken away or worry of being reassessed.

“It then impacts my life and any involvement in sport and physical activity which is none at the moment due to the concerns I have and not wanting my benefits to be taken off me, as DWP are not known for being understanding or nice and will try and find any reason to remove someone’s disability benefits.”

Another said: “The demonisation of disabled people in the media has led to a situation in which many are afraid to participate in sport because they are worried about getting reported for fraud, even if it really isn’t.”

And a third disabled person who took part in the survey described how a friend had lost half her benefits after trying to do more exercise to cope with her pain management.

She was told that to stand any chance of returning to the higher level of benefits “she’d have to give up all but one exercise class and maintain that level for six months”.

Disabled journalist, consultant and broadcaster Mik Scarlet said his fight to receive the level of PIP he needed took a year and caused “a huge emotional toll”.

He said he had begun a well-received video blog on sitting yoga (pictured) but had been contacted by disabled people “saying they’d be concerned about trying it – in case they were considered fit enough to either work or receive a lower level of financial support.

“The Activity Trap report highlights the desperate situation for far too many disabled people in this country.”

Activity Alliance also heard from Alan Ringland, chair of the pan-disability Birmingham Ability Accounts League, who said his football league had seen the number of participants drop from 455 to 250 in just three years.

He said: “When you see them again you see that they’ve not been as active as they were, often they have put on weight and over time their health may deteriorate.

“Playing football on a Sunday was one day where they really enjoyed themselves and if they don’t take part anymore they can lose confidence, friendships, and the camaraderie that goes with that.

“In many cases, sport is the only regular social activity in their lives, and taking that away can have a massive impact.”

He told Disability News Service that he believed that 90 per cent of those who had dropped out had done so because they had lost eligibility for PIP and could no longer afford to attend training and regular matches.

Because his two disabled sons played football at international level, Ringland has known for the last 17 years many of the disabled people who currently take part, or previously took part, in the league.

He said former players had lost their travel passes after PIP assessments, while others could no longer afford mobile phones so could not keep in touch with their teams.

Andy Dalby-Welsh, deputy chief executive of Activity Alliance, said: “We want to work with and across government to make active lives for disabled people possible.

“We would urge policy makers within national and local government to take on board the calls for action within this report and the spirit with which it was written.”

But a DWP spokeswoman refused to say if the problem of disabled people resisting physical activity because of the fear of losing their benefits was something the department recognised, what action DWP could take to deal with the problem, or even what advice DWP would give to disabled people facing this problem.

Instead, she said in a statement: “We are committed to ensuring disabled people get the support they need and we’re providing £5.4 billion more on the main disability benefits this year than we did in 2010.

“PIP is a non-means-tested benefit to help with the costs of someone’s disability or health condition and under it 30 per cent of people get the highest rate of support, compared with 15 per cent under DLA.

“Assessments are based on a wide range of evidence to ensure people get the support they need.”