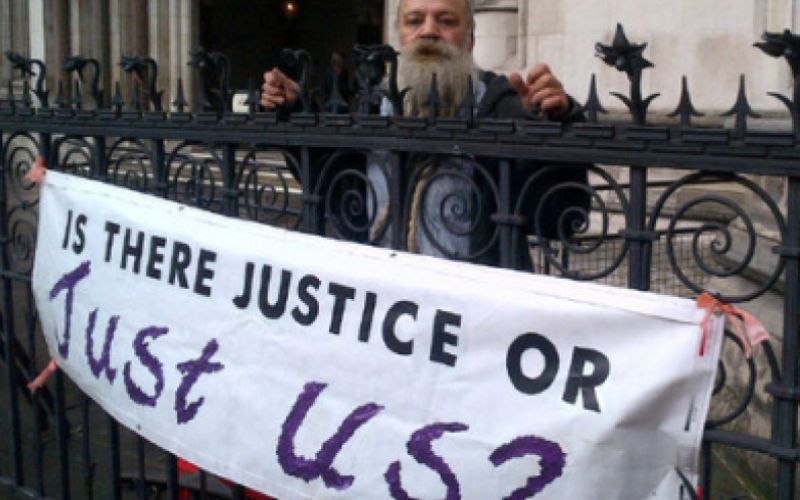 The Department for Work and Pensions (DWP) is using lost appointment letters for face-to-face assessments as an excuse for turning down disabled people’s benefit claims, to help it cut spending on social security, it has been claimed.

Concerns have been raised about both the government’s new personal independence payment (PIP) – which helps meet a person’s disability-related costs – and employment and support allowance (ESA), the out-of-work sickness and disability benefit.

The concerns were raised with Disability News Service (DNS) after last week’s report detailing how DWP, and its private sector contractors Atos and Capita, were refusing to launch inquiries into widespread allegations of dishonesty by healthcare professionals paid to carry out PIP assessments.

One leading activist, Roy Bard (pictured), a long-term recipient of disability living allowance (DLA), described this week how his financial support was suddenly removed because he missed an appointment for a PIP assessment he was never told about.

He had been told he needed to apply for the new PIP, which is gradually replacing DLA for working-age claimants.

After DWP initially appeared to have mislaid documents he sent as evidence for his claim – which he sent by recorded delivery – he eventually received a phone call from Atos asking why he had missed his face-to-face assessment.

He told Atos he had never received a letter telling him to attend an assessment, and made the same reply a few days later when Atos called him again.

Bard then received a letter telling him his DLA had been stopped, and that his PIP claim had been cancelled.

When he complained, he was told a text message reminder had been sent to his phone, but the mobile number it was sent to does not belong to him.

Following an appeal – through DWP’s mandatory reconsideration process – he was told that DWP had overturned the decision to cancel his PIP claim, but would still not reinstate his DLA. He was told to wait for another assessment appointment.

This decision meant he lost about £560 a month in DLA and severe disability premium, even though DWP had overturned its original finding that he had no good cause for missing the assessment.

Bard, a leading member of the Mental Health Resistance Network, said his mental health had been seriously affected by the way his PIP claim had been dealt with, and he told DWP that this “amounts to maladministration and it has caused me considerable harassment, distress and alarm”.

Soon after DNS contacted DWP about his case, Bard was told that his DLA had been reinstated and a new PIP assessment arranged for next week.

But his case is not a one-off.

Graeme Ellis (pictured), who founded the Lancaster-based social enterprise Here2Support, has told DNS that he received eight cases similar to Bard’s last week, some of them relating to PIP, and some affecting ESA claimants.

All eight said they had had their benefits removed for not attending a face-to-face assessment, even though they had not received an appointment letter.

In the last month, Ellis has been receiving one or two such cases a week, but last week that “just shot through the roof”.

Previously, he said, a claimant of disability benefits would be given another assessment if their appointment letter had gone missing.

Now, said Ellis, they are finding – like Bard – that their claims are being cancelled.

He believes that appointment letters are being sent out, but that DWP is being more “strict” if the letters go missing and claimants fail to turn up to their assessments.

He said: “They are just dismissing the fact that people are saying they have not received the letter.

“It’s about saving money. They see a way of knocking somebody off benefits.”

He also pointed to another case as further evidence of a new, even harsher DWP regime.

A woman who had not left her home in five years because of severe agoraphobia was denied a home PIP assessment – after years of claiming DLA – and then had her benefits removed when she failed to turn up to an assessment centre for her appointment.

Ellis traces the start of a stricter ESA regime to April this year, and the implementation of controversial cuts of nearly £30 a week to payments made to new ESA claimants placed in the work-related activity group.

Because a cancelled claim means someone has to start a new claim – even if they had previously been receiving ESA – DWP can then treat them as new claimants and cut their benefits by nearly £30 a week if they are placed in the WRAG.

A DWP spokeswoman said the department was “not aware of multiple examples” of cases like Bard’s.

She said: “We’ve made enquiries, and we are not aware of this being a widespread issue.”

She said that suggestions that DWP was using such incidents as a way of forcing disabled people on ESA to make new claims and accept lower benefits if placed in the WRAG were “unfounded and not true”.

She added: “[Bard] was sent a letter asking him to attend a face-to-face assessment.

“Although a text message was sent to the number that we held for [him], further checks show that the assessment provider did not give sufficient notice for the assessment, so they’ve been asked to arrange a new appointment.

“As the case had not been dealt with correctly on this occasion, we’ve informed [Bard] that his DLA will be reinstated.

“The mobile number that the text message was sent to was a number we had held for some time.

“As [Bard] has now stated that this is not his number, it has been removed from our records.”

She added: “Every year we send out millions of letters, and fortunately incidents like this are rare.

“When an administrative error does occur, we take action to ensure the claimant does not lose out on their benefits, as we have in [Bard’s] case.”