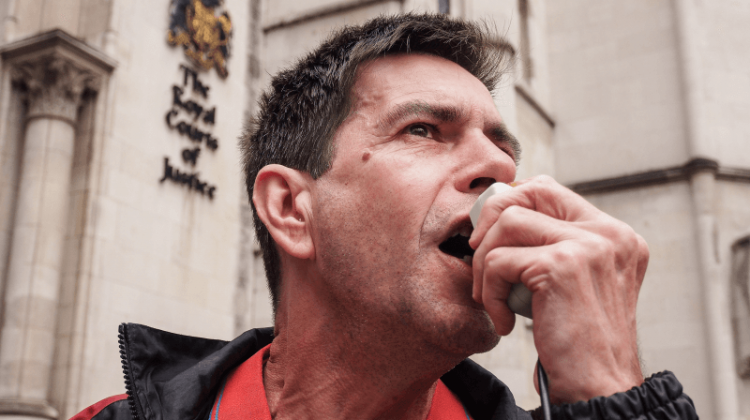 Disabled activists, politicians, family and friends have paid tribute to Roger Lewis, a dedicated and much-loved activist who played a key role in the disabled people’s anti-cuts movement over the last decade, and who died this week. A string of fellow […]

A new campaign aims to force the government to scrap its insistence that finding a job or returning to work is an important health “outcome” for those with mental distress. The claim that stable employment is “an important outcome for recovery […]

Grassroots activists have challenged the government and mental health professionals over their failure to address widespread attacks on their rights. Members of the Mental Health Resistance Network (MHRN) were outside a conference in central London on Tuesday to protest at the […]

The Department for Work and Pensions has refused to name the charities and other organisations being paid millions of pounds to help deliver its new disability employment programme across England and Wales. All six of the new Work and Health Programme […]

Disabled activists have called on the charity Mind to explain how seconding a senior member of staff to work for the Department for Work and Pensions (DWP) over the last year has affected mental health service-users. In an open letter to […]

“Staggering” new figures show that the proportion of people claiming the main out-of-work disability benefit who have attempted suicide doubled between 2007 and 2014. The new analysis of NHS statistics, being published for the first time by Disability News Service (DNS), […]

Campaigners have taken part in a vigil outside the Royal Courts of Justice, as the high court was hearing claims by a disabled woman that new benefit rules are “unfair and discriminatory”. Regulations that came into force in March mean that […]