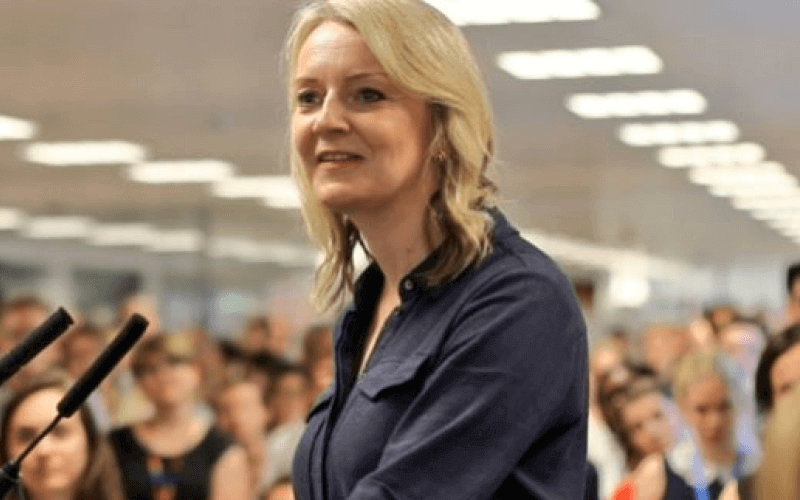 A senior Tory minister has admitted she believes that the government’s long-awaited green paper on adult social care does not actually exist.

The government has been promising to publish the green paper, which would lay out plans for addressing the adult social care funding crisis, for more than two years.

And Boris Johnson said in Downing Street in July after becoming prime minister: “… and so I am announcing now – on the steps of Downing Street – that we will fix the crisis in social care once and for all with a clear plan we have prepared.”

But in October, a Tory cabinet minister admitted there was not even consensus within the government on how to solve the adult social care funding crisis, despite Johnson’s announcement in Downing Street.

And when Liz Truss (pictured), the secretary of state for international trade, was asked about the green paper at an election hustings in south-west Norfolk – Disability News Service has not been able to confirm exactly where or when it took place – she said her understanding was that it did not exist.

Truss was also forced to admit that her party’s manifesto did not include costed plans for social care reform, but only interim extra funding of £1 billion a year to fund the system in England (this covers funding for 2021-22, 2022-23 and 2023-24, as an extra £1 billion for 2020-21 had already been announced).

The King’s Fund has said that this extra funding “is not enough to meet rising demand for care while maintaining the current quality and accessibility of services”.

Truss said a Conservative government would only work with other parties to develop “a consensus” on social care, which “has not yet happened”, and that any plan that emerged would have to ensure that “nobody needing care should be forced to sell their home to pay for it”.

But when she was asked by an audience member “does the green paper actually exist?” she said: “Not as far as I’m aware.”

Neither the Conservatives nor Truss had responded to a request for a comment by 11am today (Wednesday).