You are here: Home / Independent Living / Election 2019: New calls for legal right to independent living, but silence from parties 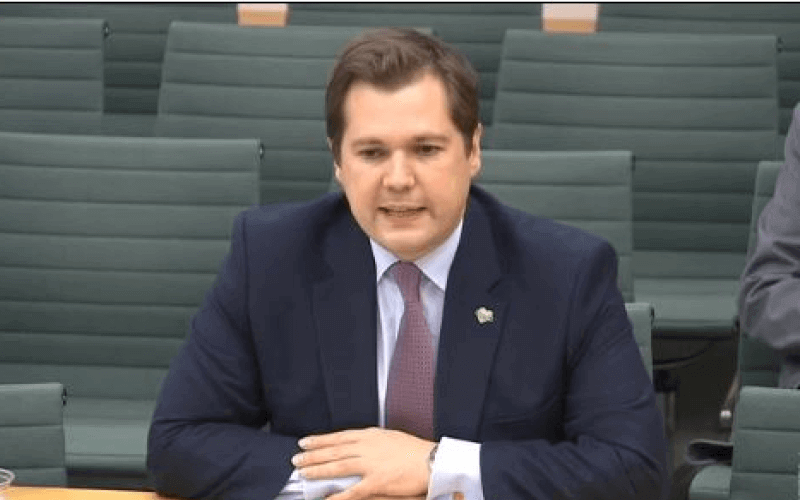 Disabled people’s organisations have repeated their calls for political parties to promise to introduce a legal right to independent living if they win power at next month’s general election.

The calls came after Labour yesterday (Wednesday) announced a real-terms increase of £26 billion-a-year on day-to-day NHS spending by 2023-24, £6 billion more than the sum previously announced by the Conservatives.

But there has been no mention yet by any of the three largest UK-wide political parties on their plans for solving the social care crisis.

Labour and the Liberal Democrats both promised yesterday that there would be policy announcements on social care later in the general election campaign.

But despite at least three requests from Disability News Service (DNS) for a comment, the Conservatives had failed by noon today (Thursday) to say if they would make an announcement on adult social care, and whether social care would be mentioned in their manifesto.

Last month, DNS reported that housing, communities and local government secretary Robert Jenrick (pictured) had admitted there was “no consensus” on how to solve the adult social care funding crisis, even though the prime minister announced he had a “clear plan” for doing so when he took office in July.

Boris Johnson’s pledge in the Queen’s speech to bring forward long-awaited proposals to solve the adult social care crisis had already been dismissed as “waffle” and “a smokescreen” by leading disabled campaigners, with one saying it was “designed to confuse and give the appearance of action when the reality is the opposite”.

The failure of any of the parties to comment so far on social care in the election campaign came as the Reclaiming Our Futures Alliance (ROFA) published its Disabled People’s Manifesto 2019, following consultation with disabled people and disabled people’s organisations across the UK.

The manifesto includes a call for a legal right to independent living – in line with article 19 of the UN Convention on the Rights of Persons with Disabilities (UNCRPD) – and the introduction of a National Independent Living Support Service (NILSS) for England, to work alongside the NHS, which would be free to service-users, and funded by progressive, direct taxation.

The manifesto also calls for urgent action to tackle the social care crisis, including bringing funding back to 2010 levels and ending charges for social care.

There are likely to be some concerns among disabled activists as they wait for Labour to announce its manifesto position on social care.

Proposals for an NILSS for England, and a legal right to independent living, were overwhelmingly backed by Labour members at the party’s annual conference in Brighton in late September.

But a planned meeting between disabled activists, including representatives of ROFA, and shadow chancellor John McDonnell about the proposal has still not taken place, with the party’s general election manifesto likely to be agreed this weekend and published within the next 10 days.

And Labour’s only announcement since the conference has been to pledge free personal care for older people in England – ensuring support for getting in and out of bed, dressing, eating and bathing , but not for independent living – and to “work towards” doing the same for working-age disabled people.

Professor Peter Beresford, co-chair of Shaping Our Lives,  who has written in support of ROFA’s “radical and transformational” NILSS plans, said that disabled people’s and user-led organisations were still “hopeful of an urgent meeting with John McDonnell to progress a new co-produced approach to independent living”.

He said: “While the talk across main political parties is of much bigger spend on social care, that’s unlikely to bring about the kind of change that’s needed on its own.

“What is key is a policy built on the same principles as the NHS, free at the point of delivery and based on a progressive system of taxation, consistent with the UNCRPD’s commitment to an independent living-based approach.

“The only party we can really hope to see adopting such a policy is Labour, but as yet no clear announcement along these lines has been made in advance of the general election.

“We hope that Labour will show the same commitment to such sustainable social care policy as it has already shown with its support for a sustainable green economic strategy.”

Linda Burnip, co-founder of Disabled People Against Cuts, said: “Given that one of the main reasons for costly NHS bed-blocking is the lack of available social care, especially for older people, ignoring the importance of social care provision seems to be verging on total incompetence.

“However, it is vital that all parties serious about equality for disabled people urgently address the funding needed to provide us with the support needed to uphold independent living in its widest sense.

“DPAC will continue to call for support for an NILSS free at the point of delivery.”

Other “key asks” in the ROFA manifesto include an end to austerity; a programme of deinstitutionalisation and radical reform to mental health and mental capacity laws; universal credit to be scrapped and replaced with a new benefits system co-produced by disabled people; a fully inclusive education system; and measures to address the barriers faced by disabled people in employment, access to justice and housing.