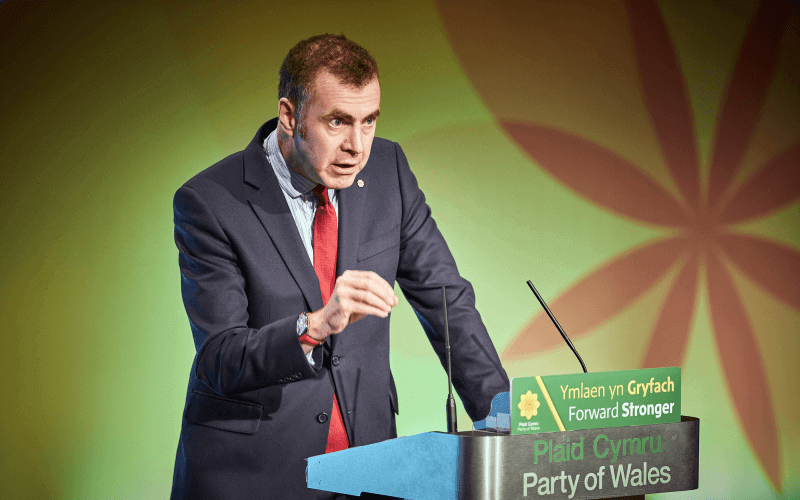 Plaid Cymru is promising to push for free social care in Wales and to demand full control over universal credit, in its general election manifesto.

One of the party’s five headline policies includes a pledge to offer free social care through a new National Health and Social Care Service for Wales, which it estimates would cost the Welsh government an “achievable” £300 million a year extra.

It says that social care would be transformed into “a service that puts people’s independence above the needs of bureaucracy, meaning that we aim to make people’s lives worth living rather than merely keeping people alive”, although its manifesto talks about care for “sick, elderly and vulnerable people” rather than disabled people.

It also pledges to push for action to fund support services and tackle “the underlying issues that can lead to criminality” in a bid to reduce the more than 90 per cent of Welsh prisoners who it says have at least one of five mental health conditions.

The manifesto promises to work with police and crime commissioners to ensure that disability hate crime, and other hate crimes, are treated as serious offences by Welsh police forces and that they are “investigated appropriately”.

On social security, it says that successive Tory-led governments have “inflicted untold harm on thousands of people in Wales”, so it would press for powers to be devolved to the Welsh government over benefits including personal independence payment, carer’s allowance, attendance allowance and disability living allowance.

And it says its MPs would push for the Welsh government to be handed full control of universal credit, which would also allow it to scrap the bedroom tax.

The manifesto also includes a policy that would re-introduce segregated “sheltered” employment schemes for those disabled people “who need a more supportive environment to return to work, as a stepping stone towards full participation in employment”.

It justifies this by saying that the party does “not believe it is appropriate to require disabled people to face the same obligations and threats of sanctions in looking for employment”.

It also says it will ensure that social and local authority landlords provide more accessible housing, although it does not mention any targets, and omits any mention of similar measures on private housing.

It pledges that all schools will “have appropriate access for physically disabled pupils”, but it says nothing else on inclusive education.

The manifesto also includes a pledge to work with “blind, partially sighted, and deaf people and those experiencing hearing loss, the organisations representing them, and professionals, to develop national strategies to ensure co-ordinated and equitable access to services”.

And it says it would push public services to make more reasonable adjustments for neurodivergent people by ensuring that neurodivergence is a protected characteristic under the Equality Act.

Plaid Cymru also calls for an Autism Act for Wales that would adopt “a rights based approach” for autistic people.