You are here: Home / Crime / Embassy vigil ‘will show solidarity with victims of Japanese mass killings’ 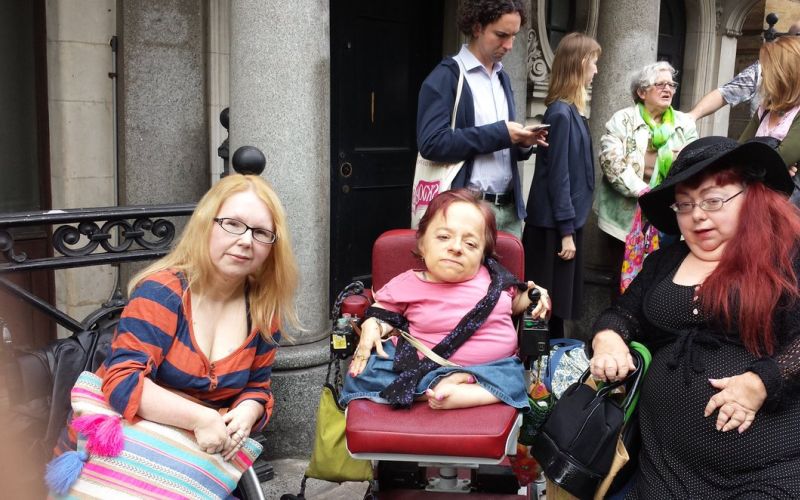 Activists are today (4 August) set to hold a vigil outside the Japanese embassy in central London to express their “horror and huge sadness” at last week’s mass killings of 19 disabled residents of a care institution in Japan.

The idea for the vigil came from disabled activist Eleanor Lisney, who is east Asian herself, with support from fellow activist Dennis Queen, a leading member of the disabled people’s anti-euthanasia network Not Dead Yet UK.

The hope is to hand the embassy 19 lilies, one for each of the 19 deaths, and the results of an online book of condolence organised by Disabled People Against Cuts, Inclusion London and People First (Self Advocacy).

Another vigil, unconnected with the London event, was also due to take place today in Lancaster.

Lisney said: “I am just hoping to show solidarity, to show that if you do things in one part of the world, it would not go unnoticed [in another part].

“I was really upset by what was happening and really sad that this happened in a care facility.

“I think we have to show solidarity because what happens to one of us happens to all of us. They were our brothers and sisters.”

A former care worker in the Tsukui Yamayuri En institution in Sagamihara allegedly broke into the building last week and murdered 19 disabled people with high support needs, and injured 25 others.

It has been reported that he then drove to a police station and told officers: “I did it. It is better that disabled people disappear.”

It has been said that he had previously written a letter to a senior parliamentary figure, in which he argued that the Japanese government should legalise euthanasia of disabled people, and that he would be willing to carry out hundreds of killings himself by targeting two care institutions.

The day before he quit his job, in February this year, he reportedly told co-workers that he thought all disabled people should be killed.

The next day, he was committed to a mental health hospital, where he apparently told an official: “There are 800 million people with disabilities worldwide. Money is spent on them. It should be used for other purposes.” He was discharged from the hospital two weeks later.

In a statement released after the killings, the Japan National Assembly of Disabled Peoples’ International (DPI-JAPAN) said that if his words were as reported, his actions were “purely caused by the eugenics that questions the existence of persons with disabilities”.

He added: “We, DPI-JAPAN, reaffirm our commitment to fight against eugenics with great anger and grief.

“During recent years, there are increased incidents of hate crime and hate speech against persons with disabilities and other minority groups.

“This particular incident should not be overlooked. Now, more than ever, [there is a] need to create an inclusive society which does not allow hate crime or hate speech.”

Lisney said she was partly motivated to organise today’s vigil by comments on social media that suggested part of the explanation for the killings lay within Asian culture.

She said: “I got really annoyed about that, because eugenics is not in Asian culture.”

As she wrote yesterday in her blog: “It is not as gory as a bloodied kitchen knife in the middle of the night but the result is both ending in pain filled deaths as a result of their disabled status.

“And the reasoning behind both is that disabled people’s lives are not worth keeping.”

Lisney said she also saw a similarity with the attitudes behind the new assisted dying bill introduced by the Tory peer and former MP Lord Hayward, treasurer of Dignity in Dying, who has launched another push to legalise assisted suicide in the House of Lords.

She said: “In this country they might call it mercy killing but to me it’s just packaging: ‘You’re bloody useless, you’re just a drain on resources, why don’t we make you go away?’

Queen said the vigil was important because it was “important to show solidarity to the survivors of this massacre and to show our sadness at the people whose lives have been lost and just share our thoughts and love with their families and everyone involved”.

Like Lisney, she said the beliefs that appeared to have prompted the actions of the alleged killer were “something we are very familiar with and face every day”.

She said: “This is the eugenics thinking that believes we are not worthy of money, of oxygen, of the space, of the care and the love that we share with our families.

“We can’t escape it and that is partly where the solidarity is coming from. We recognise exactly the same hatred here and we experience it here.

“It’s bringing a wave of solidarity across the globe.”

She said it would not be a shock if something similar to the Japanese killings happened in Britain, and she agreed with Lisney that the same type of eugenics-type thinking – that disabled people are not worth spending money on – was already contributing to people’s austerity-related deaths, for example through sub-standard healthcare or losing their social care.

She said: “Much of the thinking behind [the assisted dying bill] is tainted with the same eugenic thinking.

“It is still rooted in the same idea that at some point some lives are not worth living.

“We at Not Dead Yet UK disagree with this idea; we believe every day of every person’s life is just as valid and valuable as everyone else’s, and that each of us deserve the same right to live.

“I think a lot of people would like to think they can ‘keep it polite’ and that thoughts don’t lead to anything, but to keep perpetrating the idea that some lives are not worth living is what leads to outcomes like this.”

Picture: Disabled activists including Penny Pepper (right) and Sophie Partridge (centre) at the vigil this afternoon