Government delays in deciding the future of the Independent Living Fund (ILF) are causing “undue distress” to thousands of disabled people who rely on it to live independently, according to a leading disabled people’s organisation.

Greater Manchester Coalition of Disabled People (GMCDP) called today (13 February) for the government to clarify its position on the fund.

It has written to all of Greater Manchester’s MPs, as well as party leaders David Cameron, Ed Miliband and Nick Clegg, and the Conservative minister for disabled people, Mike Penning.

GMCDP said the government had yet to make a formal statement on the fund’s future, more than three months after the court of appeal ruled that its decision to close the fund had been unlawful, following a legal challenge by five ILF-users.

Brian Hilton, an ILF recipient and GMCDP member, said: “The only thing standing between me and a nursing home is my care package and now the government wants to take that funding away and with that my independence.”

The fund was set up to allow disabled people with high support needs to live independently in their own homes, rather than be forced into residential care, and now supports nearly 900 disabled people from Greater Manchester, more than 2,700 from across the north-west, and more than 18,000 nationally.

But GMCDP said the government’s delay in responding to the court ruling meant that all those disabled people and their families were now facing an uncertain future, particularly as eligibility for council-funded social care was tightening, with “underfunded home care packages” resulting in disabled people being left “unwashed, underdressed and underfed”.

It said that the average cost of ILF support – at £346 a week – compared “very favourably” with residential care, which can cost thousands of pounds a week.

She said: “15 minutes to get people who need support to get out of bed, use the toilet, washed [and] bathed, dried, dressed, hair done and have breakfast… It cannot be done.”

A Department for Work and Pensions spokesman said: “In light of the guidance provided by the court of appeal, ministers are still considering the future of the Independent Living Fund based on further advice and will announce a decision in due course.” 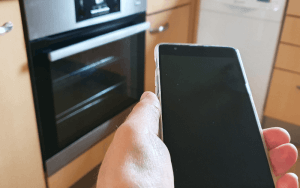