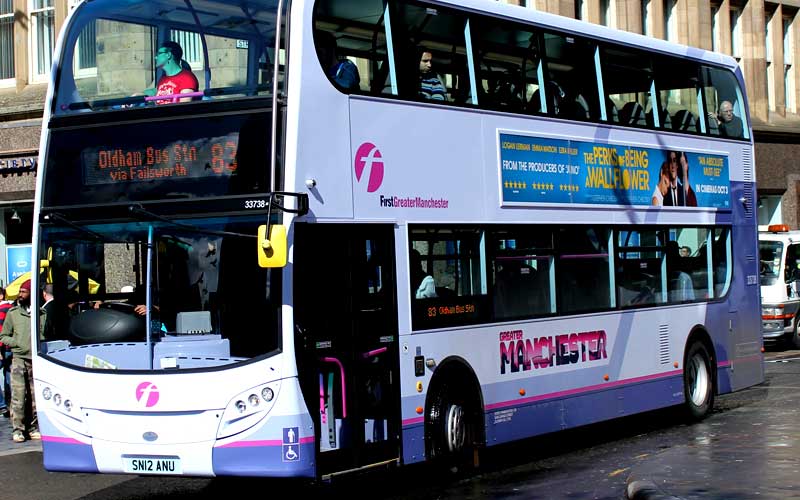 A disabled campaigner has won backing from the equality watchdog to continue his legal battle to protect the rights of wheelchair-users to travel on buses.

The Equality and Human Rights Commission (EHRC) has decided to support wheelchair-user Doug Paulley’s appeal to the Supreme Court for his case against First Bus.

Disabled campaigners were left “frustrated” and “appalled” in December when three court of appeal judges found in favour of First Bus, and against Paulley.

That judgement over-turned a county court ruling that wheelchair-users should have priority in the use of dedicated wheelchair spaces over parents with pushchairs, and that the “first come, first served” policy of transport company First Bus breached the Equality Act.

Instead, the court of appeal said that a bus driver needs only to request – and not demand – that a buggy-user vacates the space if it is needed by a wheelchair-user.

Paulley, from Wetherby, took the case against First Bus – described by one newspaper as one of the top 10 “David and Goliath” legal cases of 2014 – following an incident three years ago.

He had been planning to travel to Leeds in February 2012, but was prevented from entering the bus because the driver refused to insist that a mother with a pushchair should move from the wheelchair space.

Paulley told Disability News Service that if permission was given for an appeal, it would be the first time an Equality Act case about reasonable adjustments would come before the Supreme Court.

He said the appeal was important partly for the sake of wheelchair-users’ ability to travel, but also because – if it was allowed to stand – the appeal judges’ interpretation of a service-provider’s need to make reasonable adjustments under the Equality Act would have “bad implications” in other areas.

He said he could not have afforded to fund an appeal himself, while the government’s legal aid reforms meant that, if such an incident happened now, he would not be able to bring a case at all.

He said this meant that there was “just one shot at this”, and for EHRC to “put their resources behind it in such a way clearly indicates they think it’s important”.

An EHRC spokesman said: “This case is of enormous importance to the thousands of wheelchair-users who may wish to use public transport such as buses without having the anxiety of being told they cannot travel because the space is being occupied by buggies.

“This is why the commission will support this case at the Supreme Court if we are given permission to appeal.

“At this stage it is not possible to estimate costs, but we see our involvement in the case as important in improving the quality of life for disabled people and helping them achieve equality with non-disabled people.”

A spokeswoman for Unity Law said: “Part of the Supreme Court’s role is to consider wider policy objectives that can be achieved by the case.

“Unity Law are interested in hearing from any other interested groups who feel they have an important contribution to make to the debate*.”

A First Bus spokesman said the court of appeal decision had given customers, drivers and the industry “much needed clarification around the priority use of the wheelchair space on board buses”.

He said: “The court’s judgment endorsed our current policy, which is to ask other passengers in the strongest polite terms to make way for wheelchair-users.

“We note that Mr Paulley has applied to appeal the court of appeal verdict. We have lodged submissions setting out why we do not believe this is a case that needs further consideration.

“We recognise how important it is that bus services are accessible for all customers – indeed we are leading the industry in improving bus travel for customers with disabilities. That good work is continuing.”