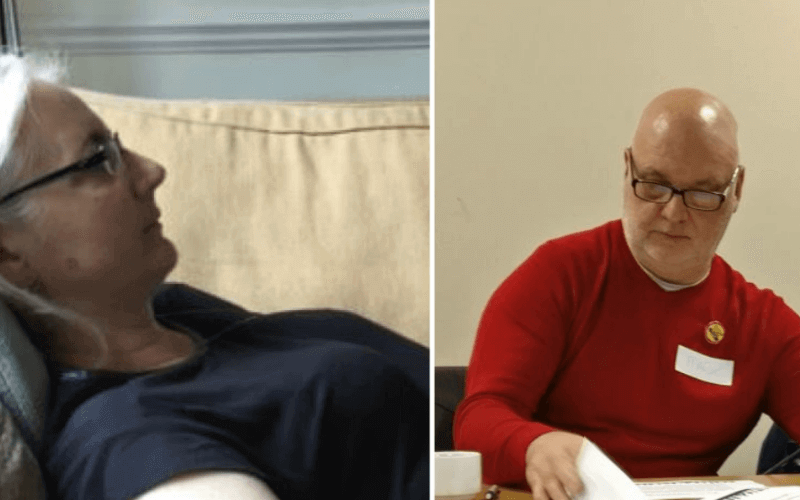 A ground-breaking group of service-users have devised a draft plan for replacing the current working-age benefits system with something that is no longer “guided by stereotypes and myths about disabled people and people in poverty”.

The Commission on Social Security, led by Experts by Experience, was launched last year to develop a new social security system, in which claimants would be treated with dignity, trust and respect.

Last year, after the commission asked for ideas on how to improve the social security system, they received more than 1,000 responses.

Now they are hoping that a further consultation, this time on their initial ideas, will lead to a strong consensus on which to base a detailed social security white paper.

The consultation will close at the end of September.

Central to their conclusions is that there should be a new guaranteed decent income (GDI), so that no-one of working-age is left in poverty.

GDI would replace universal credit, and would be set at a rate of £222 a week for a single adult and £322 a week for a couple, with extra payments for disabled people, those with children, and those in long-term unemployment, and towards rent, mortgage and local tax.

The commission is also suggesting scrapping the much-criticised personal independence payment – which is supposed to cover some of the extra costs faced by disabled people – and replacing it with a new “personalised benefit”, with assessments in line with the social model of disability, higher rates of benefit, and claimants recognised as experts in how their impairments affect them.

The commission also suggests that child benefit should be more than doubled from the current £21 a week (and about £14 for every subsequent child) to £50 for every child.

The increased cost of the new system could be funded by higher taxes on businesses or high earners, or by government borrowing.

Among the commission’s key conclusions are that there should be no benefit sanctions, or conditions placed on receiving benefits (such as having to carry out a certain number of job searches or particular work-related activity), and that the government’s hated bedroom tax should be scrapped.

Catherine Hale, one of the commissioners, told the online launch event: “The [current] system was designed by policy-makers and politicians who are far too removed from our lives and have no understanding of our realities.

“They have too often been guided by stereotypes and myths about disabled people and people in poverty and their policies as a result have too often caused harm.

“It is time that we spoke up and designed our own solutions.”

Mark Harrison, from Disabled People Against Cuts Norfolk, said it was “really important” that the commission had “given the opportunity for people who use the benefit system to critique it and design a new way of supporting people”.

He said: “It shows public bodies a new way of working and demonstrates in practice how to do it.”

He said activists were “proud to have had nearly 10 years of challenging Atos, DWP, Maximus, Capita” but it was “really refreshing to get to the point where we can actually take our experience and say, ‘What’s happening now is unacceptable and this is a better way of doing it.’”

He said that a consultation event held in Norwich last year for the commission concluded that the current system needed to be replaced, and that sanctions and conditionality needed to be scrapped.

He said: “Everybody agreed that we needed to stop and scrap universal credit.

“We need a system that puts people’s basic needs first: housing, food, heating… those are the priorities that people had and we live in a society that should put those first.

“We need to use society’s resources to create a supportive environment for people who cannot work or can’t get a job and not have a system that’s based on stigma and labelling.”

Manny Hothi, director of policy for Trust for London, which is funding the commission, said the government never asked benefit claimants for their views on public policy – in contrast to others with lived experience, such as business owners and victims of violence – perhaps because of the fear that “they will make unreasonable requests”.

He said the “unprecedented work” by the commission “shows that this is not the case”, as it had produced proposals that were “plausible” and “stack up”.

The commission had already agreed that any new system should be based on five key principles, which secured widespread support in the first consultation: all claimants should have enough money to live on; should be treated with dignity, respect and trust; should have rights and entitlements; and should have access to free advice and support.

The fifth principle is that a new system should be clear, simple, user-friendly and accessible, with people with lived experience involved in creating and running it.

The original idea for a grassroots, user-led project on the future of social security was suggested by Dr Michael Orton, from the University of Warwick’s Warwick Institute for Employment Research.

The commissioners have been supported by Orton and three other academics and researchers: Dr Rosa Morris, who has personal experience of the work capability assessment and two years ago completed a PhD examining the assessment process and disability benefits; Dr Kate Summers, from the London School of Economics; and Austin Taylor-Laybourn, from Trust for London.