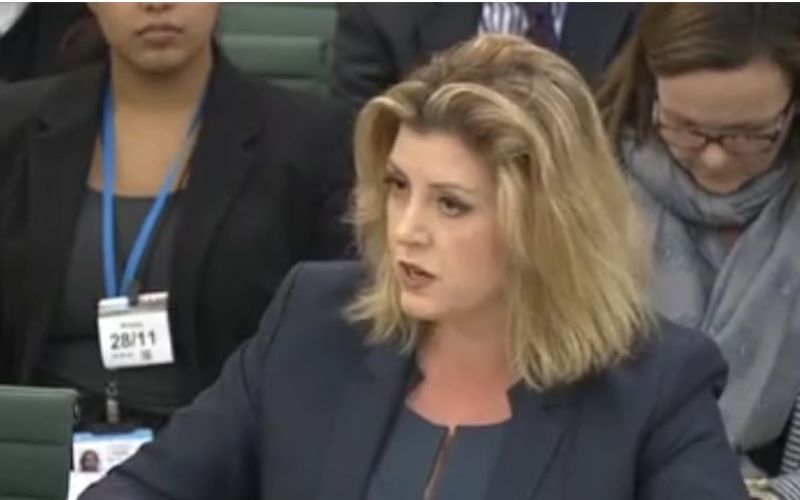 The minister for disabled people has been accused of making “false promises” that she would reduce the living costs of people facing cuts of nearly £30 a week to their out-of-work disability benefits.

From this week, new employment and support allowance (ESA) claimants placed in the work-related activity group (WRAG) will receive about £73 a week – the same as those claiming jobseeker’s allowance – instead of the £102 per week paid to existing ESA WRAG claimants.

The highly controversial cut will save the government more than £1 billion over the next four years.

Ministers had tried to justify it by claiming that receiving nearly £30 less a week would “incentivise” sick and disabled people in the WRAG to find work.

But Penny Mordaunt had also promised fellow MPs on the work and pensions select committee in November (pictured) that she was working on a package of measures to “mitigate the £30”, which she said would be in place “before April”.

Facing fierce criticism over the cut, Mordaunt told the MPs that she was working at “ensuring that someone’s outgoings can be managed”, and at reducing their “non-work-related costs”, such as energy, broadband and phone bills.

She told them: “I know what I need to do and I have put a large amount of resource in the department behind it, and I can only repeat that the more reassurance I can give on this the better.

“I am not in a position to outline chapter and verse, but I hope to be soon, and I very much understand what I need to do.”

She also said that she was “talking to energy suppliers, mobile phone companies and broadband suppliers”.

But when Disability News Service (DNS) asked this week what Mordaunt had managed to achieve in the four months since November, the Department for Work and Pensions (DWP) suggested that her only success was ensuring that new WRAG claimants would be told by their jobcentre work coaches how to secure the cheapest BT telephone tariff.

A DWP spokeswoman said: “The minister’s comments in the House [of Commons] noted that the work on social tariffs was about enabling people to have the right tools and information to reduce their household outgoings and give budgeting support.

“We have a wide range of programmes and initiatives ongoing to empower disabled people through improved information.

“Work coaches will have information available to support claimants to manage and reduce their household outgoings.

“This will include information about the BT Basic social tariff (and KCom in Hull).

“The minister is also highlighting to businesses the importance of giving disabled customers the tools they need to make informed choices about where they spend their money.

“Sector Champions have been appointed to promote this approach to their industries.

“We are also working with tech experts and businesses on new ideas to harness the power of technology to ensure disabled consumers are better informed about the accessibility and inclusivity of products and services available.”

When DNS questioned whether the information about the BT social tariff was the only “mitigation” Mordaunt had secured in three months, despite her promises, the DWP spokeswoman declined to comment further.

She also declined to comment when asked if working with businesses “to harness the power of technology to ensure disabled consumers are better informed about the accessibility and inclusivity of products and services available” was another way of saying that Mordaunt was helping businesses to market their products to disabled people.

Neil Coyle, a Labour MP and one of the work and pensions committee members who questioned Mordaunt about her plans for mitigating the WRAG cut in November, told DNS: “The minister for disabled people is a huge let-down.

“The government scraped through further hugely damaging cuts to disabled people only by making what have been shown to be false promises.

“The minister has not delivered what the select committee were told would be in place before the latest cuts were imposed.”

Bob Ellard, a member of the national steering group of Disabled People Against Cuts, said that the only “genuinely new measure” appeared to be to “give claimants a leaflet about the BT Basic social tariff”, which he said was “the final effluent icing on this very shitty cake”.

He said: “People who have actually experienced poverty will tell you that no amount of ‘managing and reducing outgoings’ will help if you don’t have enough money to meet your basic needs.

“People will already be cutting their costs as much as they can, but there is only so far that you can cut before you run out of money to get food and warmth.”

He added: “Mordaunt’s toxic combination of cluelessness and callousness is putting yet more disabled people’s lives at risk.

“There are highly likely to be still more tragic, avoidable deaths resulting from this cut to vital support.

“This ‘mitigation’ from Mordaunt is, as expected, only a symbolic set of gestures designed to mollify Tory MPs who reluctantly voted for the cut.

“It will make precious little difference to people pushed still deeper into poverty.

“This cut is still  likely to have knock-on effects on mental and physical health through severe distress and financial hardship, on people many of whom are already unwell, or have limiting impairments.”

Alongside Mordaunt’s promises on mitigating the £30-a-week cut, DWP has previously announced that it would spend £330 million of the £1 billion savings over four years on additional employment support for people in the WRAG, including a “personalised support package”.

It has also announced an extra £15 million per year for the next two years for the Flexible Support Fund, which aims to give jobcentres flexibility in providing back-to-work support, and can include paying for child care to enable a claimant to undertake training or attend interviews; funding travel to interviews or paying for clothing to start a job; or paying for adaptations to help a WRAG claimant access a work placement.

Meanwhile, Disability Rights UK (DR UK) said yesterday (Wednesday) that it has written to Mordaunt to raise concerns about three “hidden” cuts to disability benefits that it says have been introduced without being announced by the government.

DR UK says in the letter that the rate of ESA (and the equivalent universal credit rate) for claimants under 25 has been cut by 55 per cent (about £50 a week); full-time disabled students are no longer usually eligible for universal credit until they have had a work capability assessment; and the lower disabled child element of universal credit has been frozen.

DR UK says in the letter that the three cuts have been subject to “no specific government announcement, no statement of policy intent, no specific impact assessment and subject to no prior consultation”.