You are here: Home / Independent Living / Failure to extend ILF transition funding would be ‘another nail in coffin’ 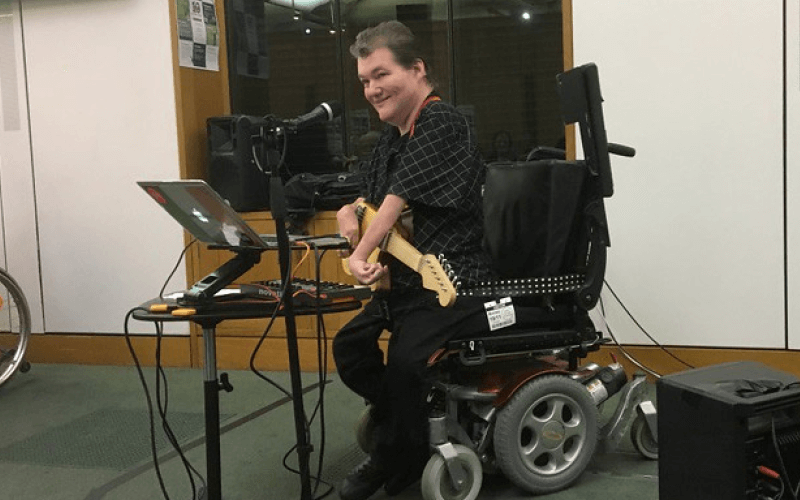 The government has failed to ease fears that it plans to scrap a vital grant that has been supporting former users of the Independent Living Fund (ILF) for more than three years.

The four-year Former ILF Recipient Grant was agreed in February 2016, with the government agreeing to provide £675 million over four years to local authorities in England.

The announcement of the grant was a significant victory for disabled activists, whose direct action protests had ensured that the plight of former ILF recipients remained a high-profile issue after the fund’s closure on 30 June 2015.

The recipient grant was not ring-fenced, so councils were not forced to spend it supporting former ILF-users, but it has allowed thousands of disabled people with high support needs to continue to live independently since ILF’s closure.

But disabled activists have now pointed out that the four years of funding is due to end next April, and there has been no mention by ministers of any extension to the grant.

And when Disability News Service contacted the Ministry of Housing, Communities and Local Government this week, it refused to say if an extension of the funding was being considered.

Instead, a spokesperson said: “The upcoming [cross-government] spending review will be our opportunity to look at funding for local authorities in the round and work is well underway to secure the resources and flexibilities councils need to deliver services for communities across the country.”

John Kelly (pictured), a former ILF-recipient and prominent campaigner, who lives in south-west London, said that any decision to end the grant would be “another nail in the coffin”.

He said: “I don’t want to be alarmist, but things are so awful at the moment that we could be saying goodbye to our rights to independent living, where the limited options on offer could be going back to living in care homes.

“Our predictions when ILF closed have all come true. We said it would be a postcode lottery. It is.

“We predicted the closure would be a drip, drip erosion of our ability and rights to an independent full life.

“We said local authorities wouldn’t be able to cope with applying the principles of independent living to our lives, because all they would be worried about was very basic care needs, because their budgets have been cut. That’s happening.

“We’re in a crisis. That’s not our words, that’s the directors of social services saying it.

“We knew local authorities wouldn’t be able to cope with the freedoms that ILF did give. Those freedoms are being threatened more and more.

“And we knew that ILF was working and those freedoms should have been given to more disabled people, not less.”

He added: “In the spending review, they must ensure that that money continues, but critically our rights to independent living must also be reconsidered, protected and actually furthered.

“My life is more than a one-hour call to make sure I am fed and watered.”

Ellen Clifford, a member of the national steering group of Disabled People Against Cuts, said the government had been “shamed” into providing the transition grant through the efforts of disabled activists.

One example was DPAC launching a direct action protest in the lobby of the House of Commons, days before ILF was due to close, with activists nearly succeeding in breaking into the main Commons chamber during prime minister’s questions.

But she said the transition funding provided by the government, including the four-year extension agreed in 2016, was never ring-fenced.

“It has been a complete postcode lottery from area to area.

“If the grant is ending, it will be a terrible blow to former ILF recipients whose local authorities have been protecting their support packages.

“We would be likely to see an even greater level of re-institutionalisation, neglect, denial of opportunity and dehumanisation of people with high support needs living in the community and a greater pressure to go into segregated institutions against their wishes.”

She called on disabled people and allies to support the Reclaiming Our Futures Alliance’s Independent Living for the Future campaign, which calls for a new national independent living service that would eliminate the postcode lottery in support, and finally make the right to independent living a reality.

ILF was originally funded by the Department for Work and Pensions, and when it closed on 30 June 2015 it was helping nearly 17,000 disabled people with the highest support needs to live independently.

But ministers decided it should be scrapped, promising instead that nine months’ worth of non-ring-fenced funding would be transferred to councils in England and to devolved governments in Wales and Scotland, to cover the period until April 2016.

It then agreed to extend that funding to English councils for another four years.

There were separate arrangements in Scotland and Wales.

Scotland set up its own Scottish Independent Living Fund on 1 July 2015, after the closure of the UK-wide ILF.

In Wales, a temporary replacement for ILF, the Welsh Independent Living Grant (WILG) scheme, ran from July 2015 but was due to close this spring and be replaced by a system of council-funded support.

But the closure was paused, after campaigning by disabled activists and allies, to allow all WILG recipients to request an independent reassessment of their new council support packages, with the Welsh government promising to fund the reassessments and any extra support they might need as a result.