You are here: Home / Human Rights / Family fight for ‘misdiagnosed’ autistic man who fears being left to die in hospital 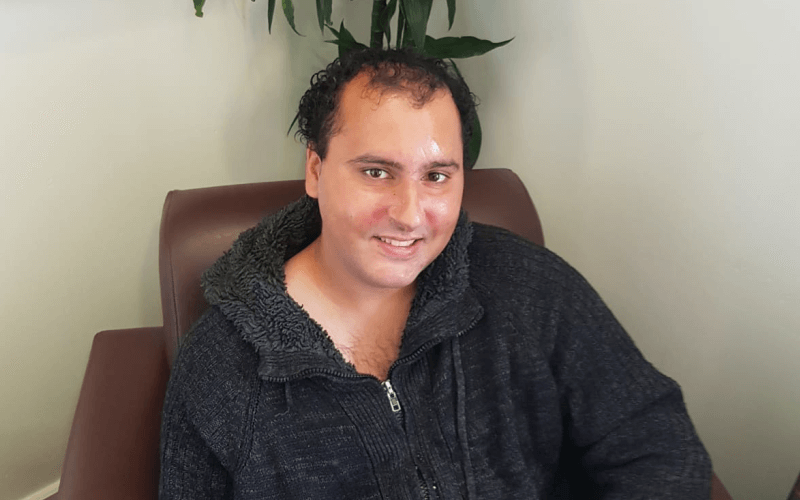 An autistic man who has been kept in locked mental health units for four years has told his mother he fears he will never be released.

The user-led campaign group Autistic UK is supporting the family of Ikram Khan, now 23, who have been fighting since 2015 for the release of their son.

They say he has been wrongly diagnosed with schizophrenia, and has been kept under heavy medication for four years, and kept locked up in a series of mental health units at a cost of £13,000 a week.

It is the latest example of a young autistic person forced into a hospital unit, and kept under heavy medication, rather than being supported to live independently in the community.

At one stage, Ikram (pictured) was so heavily dosed on anti-psychotics that he lost the ability to recognise his family.

Ikram, who has two brothers and three sisters, has told his mother, Monaka Bibi, from Birmingham: “It looks like I am going to die here.”

Another patient in Priory Woodland View, the private mental health unit near Coventry where he has been kept under section for more than a year, has told Ikram he has been there for 20 years. Now he fears the same fate.

Ikram’s primary school told his family they thought he had Asperger’s syndrome, while his secondary school later attempted to have him assessed for Asperger’s, but he refused to attend the assessment.

He was first sectioned four years ago, at the age of just 19, when – his mother says – he was told he was being taken to an NHS mental health centre for some “activities”.

She was then phoned later that day and told he had been sectioned.

She was given three different explanations for her son being sectioned, she said.

She says he has never been violent, and the only incident of any aggression happened when he was 19, after he was placed on powerful anti-psychotic medication by local mental health services, and even then he had only spat at a fellow college student.

His mother said that after the medication was reduced “he really regretted his actions” and “reverted to his mild-mannered self”.

One doctor specialising in patients with learning difficulties has previously told the family that Ikram is autistic and does not have schizophrenia, but the family say that that diagnosis has been ignored by Forward Thinking Birmingham (FTB), the local NHS provider of community mental health services for children and young people.

FTB took over provision of these services in 2016, after Ikram was first sectioned.

Although in the last couple of months Priory Woodland View has allowed him weekly home visits, his family say he still spends half of the week detained under section in a locked ward in the hospital.

He has to take five separate drugs to counteract the side-effects of the powerful anti-psychotic medication Clozapine he is forced to take.

His mother said: “They just want to keep him locked up. They have no reason.

“The mental health system is a minefield and finding one’s way around seems impossible.”

As well as securing his discharge, the family want a “proper second opinion” on his diagnosis of schizophrenia, with full disclosure of his previous hospital records.

They say the private hospitals and mental health professionals now responsible for him being detained have yet to see these records, and that he has never had any hallucinations.

They believe the records would show that the symptoms taken by his doctors as signs of psychosis were in fact the result of an infection and his autism.

And they say that FTB has told them it cannot find suitable accommodation for him in the community, and that the family home is too noisy.

Ikram’s mother said her son’s ordeal had “devastated” her life – affecting her health, and forcing her to give up her volunteering work, quit her job and put her studies on hold.

The family is just one of several being supported by Autistic UK, a grassroots group run by autistic people, which is seeking legal help for them.

Kat Humble, communications officer for Autistic UK, said: “Ikram has been robbed of four years of his life. Why? Because of medical ignorance and mismanagement.

“He has missed four years when he could have been getting a job, making new friends, maybe even going to uni. He will never get those years back.

“Too many autistic and learning disabled people are experiencing this fate – rotting away in assessment and treatment units or mental hospital wards when they should be out in the community experiencing what life has to offer.

“We at Autistic UK want to know why, when the NHS is so strapped for money, they are spending tens of thousands of pounds a week per person to lock these people up when it would be so much cheaper, and so much more humane, to give them support in the community.

“Why are so many lives being irreparably damaged so needlessly?”

She added: “We are asking for the NHS, social services, and the governments both local and national to cooperate to resolve the horrific abuse that is happening all over the country.

“This is a human rights crisis. Please act before more lives are ruined.”

In May, an interim Care Quality Commission report found more than 70 disabled children and adults – all of them autistic or with learning difficulties – in long-term segregation in facilities across England.

The government has agreed to have all their cases reviewed, although it is not clear whether Ikram’s is one of them.

A spokesperson for Priory Woodland View said: “We cannot comment in any detail about individual cases.

“However, we take all complaints seriously and ensure they are thoroughly investigated.

“We are exploring the family’s concerns in detail and are seeking to offer as much support as we can, whilst discussions regarding his placement are ongoing.”

An FTB spokesperson said FTB would not be responsible for discharging Ikram, and that “due to patient confidentiality we’re not able to share specific details of cases”.

He refused to clarify the role that FTB played in such cases.

But he said in a statement: “We’re unable to comment on individual cases due to confidentiality.

“When working with partner organisations we do everything possible to ensure the care patients receive is the most appropriate for their needs.”