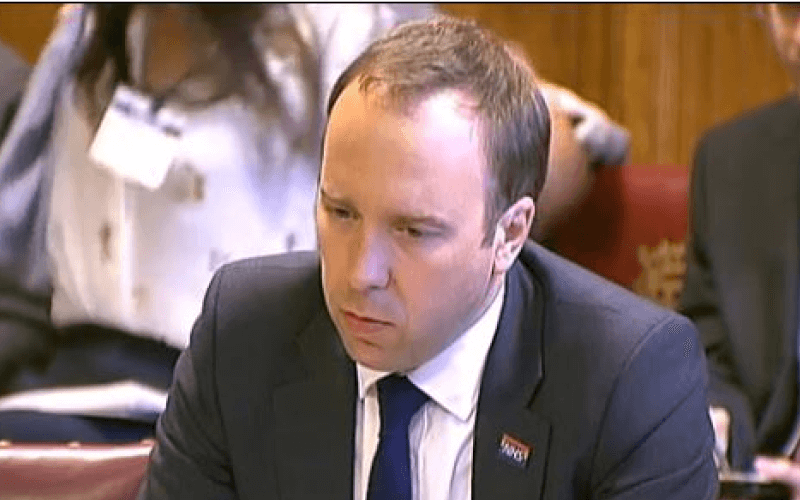 Scores of disabled people who have been held in long-term segregation in NHS and private sector health settings will have their cases independently reviewed, the government has agreed, after a report by the health and care watchdog.

The Care Quality Commission’s interim report found more than 70 disabled children and adults – all of them autistic or with learning difficulties or mental health conditions – in long-term segregation in facilities across England.

It came as disabled trade union activists called at their annual meeting for urgent action to address the “tragic inadequacies” that have led to the deaths of scores of autistic and other disabled people in care settings (see separate story).

And a new BBC Panorama documentary has revealed alleged abuse at a private sector care facility for autistic people and people with learning difficulties, this time at Whorlton Hall, in County Durham.

The allegations have led to the launch of a police investigation and the suspension of 16 members of staff, as well as a Care Quality Commission (CQC) apology for its failure to spot the abuse.

The CQC report concluded: “People will continue to be hospitalised and placed in segregation, and become ‘stuck’, unless a different and better system of care is put in place.”

The report includes the experiences of an autistic boy called Adam, who was admitted to a hospital at the age of 10 and was still there 15 months later, living in a segregated “seclusion room” with padded walls.

Staff sit in the corridor behind a locked door, watching him, and shout at him through a window when they want to communicate with him.

His education consists of a book held up to a window for him to read.

Staff have still not completed a sensory assessment that might help them understand how to support Adam with his sensory issues, and most of them have only received basic online training in autism, says the report.

Of the 39 people in segregation who CQC has visited so far, 31 of them are autistic.

One in three of the 39 had faced longer in segregation than originally planned because of “delayed discharges” caused by a lack of a suitable package of care in the community.

Some of the hospitals provided their staff with little or no training in autism, with any training often no more than a short module at induction or basic e-learning.

About half of the people in segregation were in wards managed by the independent sector and half were in the NHS.

The report says: “We have concluded that many of the people we have visited have been let down by health, care and education services, often over the course of many years.”

Health and social care secretary Matt Hancock (pictured) this week ordered an independent review of the care of every autistic person and person with learning difficulties in long-term segregation or seclusion.

He has also agreed to set up a new group of experts to find a better system of care.

But there are already concerns about his plans after a Department of Health and Social Care (DHSC) spokesperson said the working group would be made up of “experts, clinicians, parents and carers”, apparently ignoring autistic and other disabled people.

CQC had called for the group to include “people with lived experience” of the care system.

Asked why the group did not appear to include any disabled people, a DHSC spokesperson declined to comment further as he said the panel had not yet been appointed.

CQC has also concluded that it needs to improve its own method of monitoring hospitals that use segregation.

The second phase of the CQC inquiry will now look at a wider group of settings, including low secure and rehabilitation mental health wards and adult social care services, and will also look at the use of restraint.

Hancock said: “I have been deeply moved and appalled by the distressing stories of some autistic people and people with learning disabilities spending years detained in mental health units.

“These vulnerable people are too often left alone, away from their families, friends and communities.

“At its best, the health and care system provides excellent support to people, backed by a dedicated workforce.

“But a small proportion of some of the most vulnerable in society are being failed by a broken system that doesn’t work for them.

“I commissioned the Care Quality Commission to review the use of segregation in health and care settings to tackle this issue head on.

“Today I have accepted their recommendations in full. I hope this is a turning point so everyone receives the care they need.

“I will not let these people down – they deserve better.”

DNS reported last November how Hancock announced the CQC review more than 70 years after similar concerns were first raised by civil rights campaigners, and following a series of media investigations into conditions in privately-run assessment and treatment units.

In a second report released this week, the children’s commissioner for England, Anne Longfield, said too many children were being admitted to secure hospitals unnecessarily.

She said some were spending years in institutions, rather than living in the community.

NHS Digital figures show that autistic children and those with learning difficulties had spent an average of eight months in inpatient care, while about one in seven had spent at least a year in their current hospital spell with their current provider.

The figures show 95 children were staying in a ward known to be more than 31 miles from home.

Longfield said there were about 250 such children living in mental health wards in England.

At least 75 of them had been restrained in one month – December 2018 – with a total of 820 restraints in just that month between them.

Longfield said the quality of care was “highly variable”, with one family saying their son had not been washed for six months, while about one in four children did not appear to have had a formal review of their care plan within the last 26 weeks.