You are here: Home / Activism and Campaigning / Former long-stay residents plead with cemetery developers: ‘Let our friends rest in peace’ 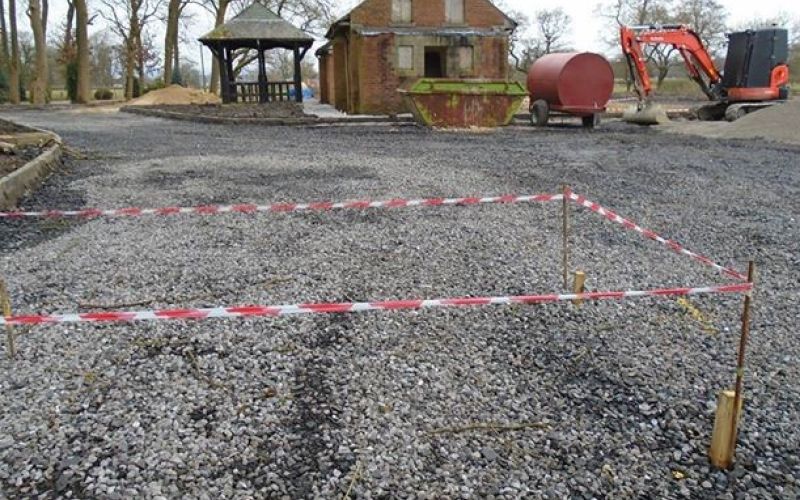 Campaigners are fighting development plans that they fear could disturb the remains of some of the more than 1,000 disabled people who are buried in the former grounds of a long-stay hospital.

People with learning difficulties who are former residents are among those concerned about plans to build a crematorium on part of the site of the Calderstones Hospital Cemetery, in Whalley, Lancashire.

They and other self-advocates spoke out at this week’s annual conference of the North West Regional Forum, which represents people with learning difficulties from across the north-west of England.

During the conference, more than 250 delegates shouted out: “Let our friends rest in peace!”

The forum has already written to the Bishop of Blackburn to protest about the plans.

Four former Calderstones residents, who all have friends buried in the cemetery, spoke out this week during the conference to raise their concerns.

Patrick Burke said it was “not at all right” and the graves “should be cleaned and looked after”.

He said: “Would the bishop like that? He wouldn’t like his gravestone taken away and built on.”

Another former resident, Andrew Barber, said: “Friends buried on consecrated ground should be left alone and not touched.

“Lived a life they shouldn’t of in the first place. Let our friends rest in peace.”

A third former Calderstones resident, John Thompson, added: “I think not supposed to take graves out at all, not right to do that.”

The Calderstones graves have been allowed to become derelict and overgrown, with nearly all the gravestones having previously been removed by a former owner after the two chapels on the site were damaged by vandals.

This contrasts with the immaculately-tended war graves cemetery nearby, which was also previously part of the hospital.

“Would anyone else be treated like that? It’s unfair, it’s a disgrace. Offensive to families and friends.

“War graves clean and well-kept. What’s the difference between them and us? Nothing!”

The current owners of the cemetery, All Faiths Remembrance Parks, stressed this week that its plans would significantly improve the cemetery site.

Calderstones, now renamed Mersey Care Whalley, is the last remaining long-stay hospital in the UK – although it has now been recategorised as a “medium and low secure facility” – following the national de-institutionalisation programme that began to accelerate in the 1980s* and was given added impetus by abuse scandals such as those at Winterbourne View, near Bristol, and Budock Hospital, in Cornwall.

Between 1921 and 1989, there were 1,171 recorded burials in the cemetery of people with learning difficulties who had been institutionalised at Calderstones – with many of the graves containing more than one resident – including the latest 211 who were first cremated before their ashes were interred in the cemetery between 1977 and 1989.

Three other people are believed to have had their ashes interred in the cemetery, while at least 13 babies who were born to former residents are thought to be buried in unmarked graves.

Now campaigners fear that some of these remains could be threatened by the plans to build the crematorium on the Calderstones cemetery site, which the NHS is believed to have sold to developers in 2000.

One grave, belonging to a former resident called John Newton, who died in 1925, has already been covered with the foundations of the proposed crematorium’s carpark.

The developers have now fenced off the area where John Newton is buried (pictured).

Lynn James-Jenkinson, director of the North West Training and Development Team (NWTDT), which supports the regional forum and has had close links with Calderstones residents since NWTDT was founded in 1984, said she had been approached by distressed former Calderstones residents, who told her: “My friends are in there.”

She said: “This would not be happening to any other group of people.

“People with learning disabilities have been so disrespected in their life so we can’t let them be disrespected now.”

Mel Diack, a local resident who is campaigning to halt the development, said he was concerned about the plans.

He said: “The people who are buried in the cemetery should never be forgotten.

“Nobody is answering the fundamental questions. It is a consecrated site. It is absolute sacrilege.”

Angela Dunn, general manager of All Faiths, admitted that the grave of John Newton had “inadvertently” been covered over as part of preparatory work to build a new carpark.

But she said it would now be “landscaped over” rather than being left as part of the carpark.

And she said she was 100 per cent convinced that this would not happen to any more graves and that the crematorium was being built in an area where there had never been any burials, so there would be no need for any remains to be moved to new locations.

But Dunn confirmed that All Faiths would be approaching the Church of England Diocese of Blackburn to ask it to de-consecrate part of the cemetery site.

This is believed to be because the law states that a crematorium cannot be built on consecrated ground, although Dunn declined to confirm this.

It is also an offence under the Burial Act 1857 to remove buried human remains without a licence from the Ministry of Justice (MoJ).

MoJ has confirmed that it has not issued any exhumation licences granting permission to remove any human remains from the Calderstones site.

Last November, MoJ received a report that buried human remains were being disturbed, or were about to be disturbed, in the Calderstones cemetery.

MoJ said the informant was told to contact the local police, which investigated and found that no human remains had been disturbed or removed.

Dunn said: “Absolutely we understand the concerns. We did have a meeting in December to listen to what the concerns were.

“We do understand people’s concerns, but I think when they see what they get when the crematorium is completed and everywhere is landscaped I think they will find it is a really fitting park and a fitting resting place for the people in the cemetery.

“It is going to be really beautiful parkland which will bring peace and comfort to those who have got family members in there and for those who will have funerals in the future.”

She said she had used burial records to collate all the relevant information and locate all the graves – which have now been taped off – as well as the former garden of remembrance, and that this would ensure relatives would in future be able to find the graves of their loved ones much more easily.

There are also plans to establish an electronic book of remembrance to record everyone who was buried in the cemetery, including the 211 people whose ashes were interred in the garden of remembrance, and to draw up a plan to show the lay-out of the cemetery.

Dennis Buckley, a retired social worker with close connections to the hospital, knew several of those buried in the cemetery and played a significant role in the resettlement of hundreds of people from Calderstones and other long-stay hospitals in the north of England.

He said he still had concerns about more than a dozen graves that he believed were threatened by the plans for the carpark and access road.

He said that Dunn had worked “extremely hard” with him to draw up a list of the 211 people whose ashes had been interred in the garden of remembrance, but that she had been instructed by her superiors to have no further contact with him before the list was completed.

A spokesman for the trust that runs Mersey Care Whalley, Mersey Care NHS Foundation Trust, said: “We understand the cemetery has changed ownership a number of times in the 28 years since the former Calderstones site last had any responsibility for it.

“The trust is aware of the local sensitivities and we offer our respects to the memories of those buried there.”

The proposed crematorium had originally been granted planning permission by Ribble Valley Borough Council in 2009.

The scheme was later modified, in 2015, following concerns raised by Whalley Parish Council, so that no remains of former Calderstones residents would have to be exhumed.

A council spokeswoman said: “The development will restore a derelict site, with improved public access and a permanent memorial to, and comprehensive record of, those buried there.

“It will also provide a much-needed facility in a rural area, which has poor public transport, an above average number of elderly residents and where the nearest crematorium is over 15 miles away.”

She said that the issue of whether land is consecrated “is not a material planning consideration” for the council.

*Campaigners began attempting to persuade the government to close long-stay hospitals for people with learning difficulties in the late 1940s.

In 1951, the National Council for Civil Liberties released a report describing the regime brought in by the 1913 Mental Deficiency Act – which would eventually confine hundreds of thousands of people with learning difficulties to long-stay NHS hospitals – as “one of the gravest social scandals of the twentieth century”.

The Department of Health and Social Security announced in a white paper as far back as 1971 that long-stay hospitals should gradually be closed down. 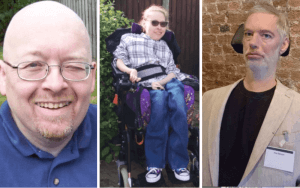