You are here: Home / Benefits and Poverty / Foxcroft defends Labour’s near-silence over death of Philippa Day 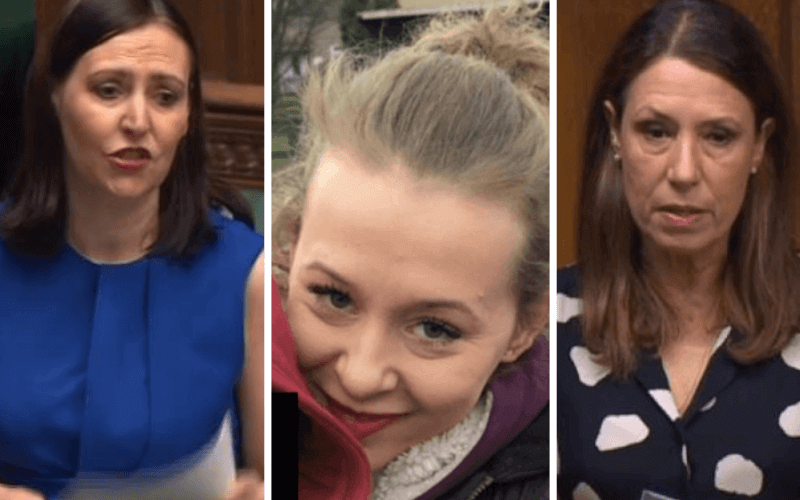 Labour’s shadow minister for disabled people has been unable to explain why she and her party have stayed almost silent about a young disabled mother whose death was linked by a coroner to fatal flaws in the disability benefits system.

Last month, the coroner highlighted 28 separate “problems” with the administration of the personal independence payment (PIP) system that helped cause the death of 27-year-old Philippa Day (pictured, centre), from Nottingham.

The nine-day inquest uncovered multiple failings by both the Department for Work and Pensions (DWP) and its private sector contractor Capita in the 11 months that led up to Philippa’s death in October 2019.

The coroner ended by telling DWP and Capita that he had decided to issue them with prevention of future deaths reports, which will force them to consider how to make changes to the PIP system to prevent further deaths of claimants.

But despite the rarity of such a decision – DWP has received only a handful of such reports from coroners over the last decade – senior Labour figures have remained almost silent.

Abrahams raised Philippa Day’s case in the main Commons chamber this week, the first time that had been done since the inquest ended on 27 January.

She told MPs: “Philippa’s was not the first death of a vulnerable claimant over the past 10 years, and I fear that it will not be the last.

“I am afraid that the response of the work and pensions secretary to my questions on this has not been good enough. There has to be an independent inquiry into these deaths.”

But Disability News Service (DNS) has been unable to find any mention of the party itself or its shadow minister for disabled people, Vicky Foxcroft (pictured, left), speaking out in the wake of the inquest, other than in a brief statement by the shadow work and pensions secretary, Jonathan Reynolds, on the day the coroner delivered his findings.

This statement made no mention of PIP or the coroner’s findings that linked systemic flaws with Philippa Day’s death, and found that these flaws were “the predominant factor and the only acute factor” that led to her death.

The party’s failure to speak out comes as many disabled activists are growing increasingly concerned at Labour’s refusal to speak out on key disability issues, such as the deaths of claimants that have been linked to DWP’s actions.

Paula Peters, a member of the national steering group of Disabled People Against Cuts, told DNS there had been “silence” from Labour on the “catastrophic impact of austerity on disabled people”, such as the deaths of Philippa Day and Jodey Whiting, other than through the efforts of Debbie Abrahams.

She said the party had “forgotten” disabled people and had been silent on the impact of the pandemic and mounting concerns about the government’s forthcoming disability strategy and its planned green paper on disability benefits.

On Monday, DNS asked Foxcroft to explain why Labour had said so little after the inquest, what Labour thinks must be done to address the flawed PIP system, and how Philippa Day’s death adds weight to calls for an independent inquiry into deaths linked to DWP and the benefit system.

Yesterday (Wednesday), she provided the following statement: “The government needs to urgently learn the lessons from the tragic Philippa Day case and the coroner’s verdict.

“This must never happen again and the DWP has to act on the wider failings highlighted in the report.

“Labour has repeatedly raised concerns about PIP assessments and will continue to do so.”