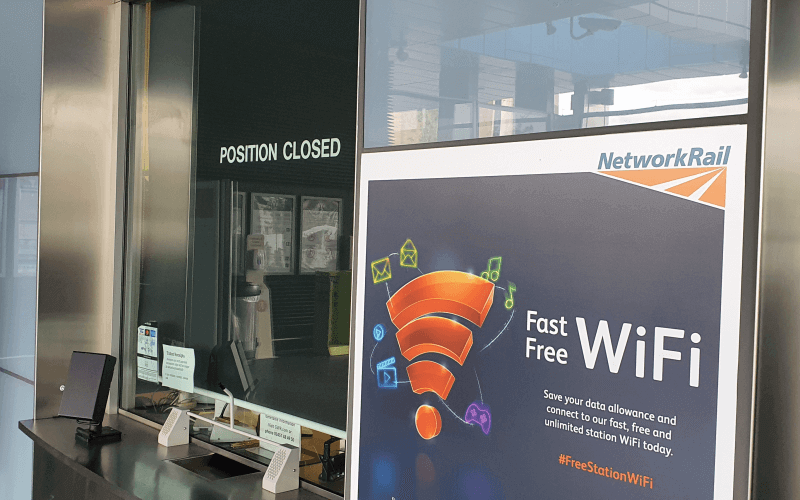 A leading expert on accessible transport has quit his role as a government adviser after accusing ministers of backing policies on de-staffing the rail network that discriminate against disabled rail passengers, and ignoring his committee’s advice.

He told the minister, in a resignation letter he delivered yesterday (Wednesday), that DPTAC had repeatedly warned the Department for Transport (DfT) about the “toxic combination of driver-only trains and unstaffed stations” and urged it to secure legal advice.

His letter says DfT failed to share its plans for closing ticket offices and cutting staff on the railways with DPTAC, despite the committee’s legal duty to advise ministers on the impact of their rail policies on disabled people.

Smith says that ministers repeatedly ignored DPTAC’s advice that they should adopt a “new methodology” of assessing the benefits of current rail staffing levels and using that as a comparison with their plans for the rail network.

He says in the letter: “In the absence of any evidence based analysis, it can only be assumed that the government lacks an economic case for these plans.”

And he speaks of his “profound disappointment about rail staffing policies that are currently discriminating against disabled people”.

In the letter, he urges Foster and his ministerial colleagues “to address the problems I have described and create an inclusive staffing model that permits travel on a ‘turn up and go’ basis across the rail network, and supports disabled people’s full participation in society”.

Smith says in the letter that he was the author of the Rail Workforce Reform report that concluded that staffing levels on part of the Govia Thameslink Railway (GTR) network in London were “completely inadequate to deliver an accessible railway”.

But he tells Foster that these impacts “apply wherever the combination of driver-only trains and unstaffed stations is in use”, including services run by several train operators in south-east England.

Smith’s letter is the latest warning shot delivered to the government from disabled people, accessibility experts and campaigners about the “escalating human rights crisis” for disabled passengers caused by staffing issues across the rail network.

Last month, reports suggested that the government’s rail reforms were likely to see about four-fifths of ticket offices closing, while campaigners led by the Association of British Commuters have called on the Equality and Human Rights Commission (EHRC) to take “urgent action” on railway staffing.

GTR has admitted, in a document leaked last month, that it had been breaching access laws for more than 10 years across large parts of its rail network because of insufficient staffing levels across its Thameslink, Southern and Great Northern rail franchise in England.

Ann Bates, DPTAC’s former chair and vice-chair, said she was “greatly saddened and disappointed to hear that Matthew Smith had, after much soul-searching, decided to resign from DPTAC”.

She said: “As a past chair and vice-chair, also chair of the rail group, acting as statutory advisors to ministers on the needs of disabled passengers, and interpretation of the various laws and codes of guidance, was one of the honours of my career.

“We worked under the Nolan principles as a bridge between the industry and passengers’ needs, and we were often included in negotiations to spread corporate memory and value for money with great success.

“That Matthew doesn’t believe that DPTAC now has a listening audience for their excellent advice (some of which I have been privileged to see) is an enormous disappointment and a waste of real talent in the partnership working that is so necessary in transport (especially with the new railway reforms) for success in the future.”

“He has been an incredibly valuable member of the committee, bringing not only his extensive knowledge and experience of the rail industry but a deep understanding of accessibility and of what is needed in practice to deliver real change for disabled people.

“He has played a key part in DPTAC’s regular open and honest discussions with the Department for Transport, helping us to present our advice in a clear and robust way, and also developing tools to help the department assess the impact of its decisions on accessibility.

“DPTAC’s views on the importance of staffing to an accessible railway are well known and in the public domain.

“DPTAC will continue to work closely with the department, delivering constructive challenge, providing evidence-based advice, and never being afraid to tell it like it is.”

An EHRC spokesperson said: “We are aware of the concerns Mr Smith raises in his resignation letter to the Disabled Persons Transport Advisory Committee, and we are carefully considering the most appropriate regulatory response.

“The Equality and Human Rights Commission is committed to upholding disabled people’s right to equal travel.

“We know that many disabled or older passengers rely on station staff and ticket offices to access rail services.

“Under the Equality Act, all service providers must make reasonable adjustments to ensure disabled people are not unfairly disadvantaged”.

DfT said Foster would reply formally to the letter in due course.

It said it was ensuring the industry and all train operators carry out analysis of the impact of any proposed changes to ticket offices on different groups protected under the Equality Act, and that it would consider such analysis.

Anne-Marie Trevelyan, the new transport secretary, told the Conservative party conference in Birmingham this week that she was “asking industry to launch consultations on reforming our ticket office provision across the country”.

She said: “There will be some stations where the ticket office will be important to the running of the station.

“In other areas rail employees may be better in front of the glass helping passengers in other ways.”

A DfT spokesperson said: “We would like to thank Matthew Smith for his five years of service as a member of the Disabled Persons Transport Advisory Committee.

“We’re committed to transforming accessibility across the UK rail network, and have dedicated £383 million for such improvements at rail stations which will deliver more than 100 accessible step free routes and smaller scale access enhancements at 124 stations.”

The £383 million refers to spending on the government’s long-standing Access for All programme and covers the five years from 2019 to 2024.