You are here: Home / Activism and Campaigning / Government’s strategy fails to support DPOs, as more close due to ‘hostile environment’ 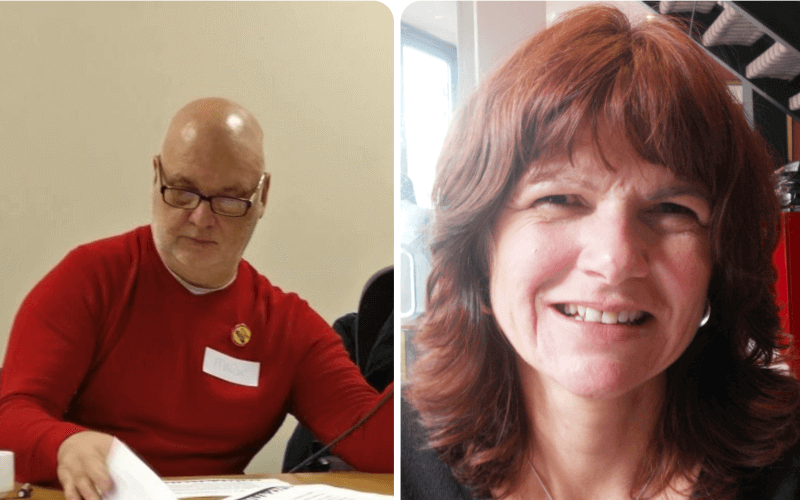 The government has been criticised for failing to support disabled people’s organisations (DPOs) through its National Disability Strategy, as new figures provide further evidence of the “extremely hostile” environment they are facing.

The strategy, heavily-criticised by DPOs on its release last week, appears to offer nothing to support them other than a pledge to set up a taskforce to improve their access to government contracts.

Now, just days later, the disabled people’s and service-user network Shaping Our Lives (SOL) has revealed to Disability News Service (DNS) that 33 of its member organisations across the UK – nearly one in 10 (nine per cent) – have been forced to close in the last two years.

Only two years ago, SOL and the National Survivor User Network raised concerns about the fall in the number of user-led groups, due to austerity cuts and other trends affecting their funding.

SOL said then that it had lost 124 user-led groups – more than a quarter (26 per cent) of its national network – between 2016 and 2019, placing the diversity of the user-led sector under threat.

SOL’s new concerns come only weeks after a report by Tracey Lazard, of Inclusion London, and Mark Harrison, of the Reclaiming Our Futures Alliance (ROFA), warned that DPOs across England were in an “increasingly precarious situation”, with many existing “hand to mouth” with “little ability to carry out long term planning or invest in staff and service development”.

Becki Meakin, SOL’s involvement manager, told DNS that the user-led sector was experiencing “an extremely hostile funding environment” at the same time that the pandemic has seen demand for their services soar.

She said: “It is yet again disappointing that government policy-makers have failed to recognise the importance of user-led and disabled people’s organisations in the recent published disability strategy.

“Shaping Our Lives has been working to raise awareness of the funding crisis in the user-led sector since 2019 and have shared evidence with the Department of Health and Social Care (DHSC), NHS and the Department for Work and Pensions.

“However, the only reference to supporting user-led organisations in the disability strategy is about making commissioning for government contracts more accessible to user-led groups.

“As many user-led organisations find the latest 10 years of austerity an appalling attack on the rights and welfare of disabled people and others from marginalised communities, it does not seem likely they will be queuing up to apply for government contracts.”

She added: “The COVID-19 pandemic saw disabled people’s organisations leap to support people in their local communities, providing basic equipment such as personal protective equipment and delivering food and essentials at a time when many of the people helping were also most at risk of COVID-19.

“The government was much slower to act, and without the work of disabled people’s organisations, many people would have been totally abandoned.

“It is striking that even in light of this evidence, the DHSC only made funding available retrospectively for costs that could be evidenced, and in a manner which was impossible for most disabled people’s organisations to access it.”

She also pointed to SOL’s Crisis, Challenge and Change report on the impact of the pandemic on disabled people and DPOs, which revealed in December the fear that there would be “a continued lack of recognition from central Government and significant national funders that the disability sector needs long term investment”.

Harrison, a member of the ROFA steering group, said there was no recognition in the government’s “so-called strategy” of the plight DPOs were in.

He said: “We have to remember that Justin Tomlinson [the minister for disabled people] created and then closed down a DPO forum after three meetings.

“There is no commitment from the government either to engage or co-produce with DPOs or fund DPOs.”

He said DPOs and others were now beginning the process that will lead to the next international examination of the government’s progress in implementing the UN Convention on the Rights of Persons with Disabilities, which he said would clearly show regression in its engagement and support for DPOs.

In its last report on the UK, in 2017, the UN’s committee on the rights of persons with disabilities called on the UK government to ensure “sufficient funding” of DPOs to allow them to monitor its progress in implementing the convention.

Harrison said SOL’s latest figures came “as no surprise, because despite government rhetoric, they have made austerity permanent for local authorities and the majority of DPOs get their core support from local authorities, who in order to balance their budgets have had to retreat to their statutory duties.

“Because there is no statutory duty around funding DPOs, it is inevitable that many have closed and many will continue to close over the coming years.”