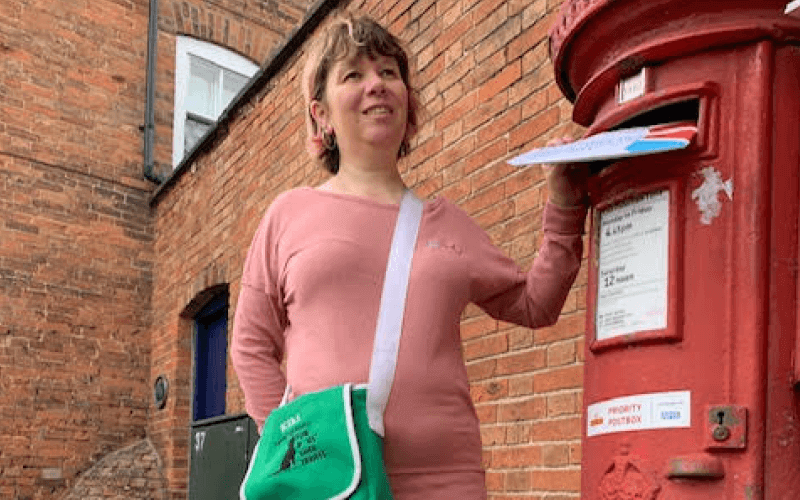 The high court is set to hear a disabled woman’s claim that the government breached equality and human rights laws by failing to provide her with accessible shielding information during the pandemic.

Sarah Leadbetter, from Narborough, Leicestershire, who is blind and also clinically extremely vulnerable to COVID-19, was not sent any information about shielding in a format that was accessible to her.

Now she has won permission for a judicial review of the government’s failure, with the case set to be heard by the high court within weeks.

A judge ruled that it was arguable that health and social care secretary Matt Hancock’s failure to provide accessible correspondence breached his department’s duties under the Equality Act 2010, failed to comply with NHS England’s Accessible Information Standard, and discriminated against Leadbetter under the Human Rights Act.

Leadbetter, who has a genetic condition that affects her immune system and is in remission from cancer, only found out she was on the list of shielded patients when her mother read a letter she had been sent.

She relies on her mother to read out her letters but, because of her own health problems, it can sometimes be weeks before she can do so.

Leadbetter (pictured) did not know she had received any of the four letters about shielding that were sent to her during 2020 until she was told about them by her mother.

And she did not receive an email that the Department of Health and Social Care (DHSC) said had been sent to some people in the shielding category.

Her lawyers say DHSC has turned down a request to provide shielding information to visually-impaired people in their preferred format.

DHSC has apparently argued that its failure to do so is not unlawful because receiving hard copy letters creates no substantial disadvantage to people with visual impairments, while it would be too difficult logistically – and not reasonable or proportionate – to provide them with information in their preferred formats.

Leadbetter said: “The issues I face are not unique to me, they are commonplace among blind and partially-sighted people. We feel as if we are treated like second-class citizens.

“Information that is easily accessible to sighted people is not made available to us in a format that we can access.

“So we lose our privacy about very personal medical information because we need someone else to read it for us.

“I have not been provided with any accessible information regarding shielding during the pandemic, which is has caused me a great deal of anxiety and puts my health at risk.

“I believe this is unlawful and I want the DHSC to take its responsibilities to sight-impaired people seriously.”

Her solicitor, Kate Egerton, from Leigh Day, said: “Clearly, not being able to access information about shielding puts people’s own health – and that of their families – at significant risk.

“Also, the DHSC has also failed to explain why it would be too difficult to provide accessible information to people who are shielding, particularly when the Accessible Information Standard has explicitly required this in relation to information regarding people’s health for a number of years.

“We are pleased that the court has decided that Sarah’s case is arguable and has ordered that a hearing be listed on an urgent basis.”

DHSC declined to comment on the legal action as it was an ongoing case.

But a DHSC spokesperson said in a statement: “The government remains focused on protecting the most vulnerable in our society, and have been committed to supporting disabled people throughout this pandemic.

“We have issued guidance for the clinically extremely vulnerable with information on how they can keep themselves safe during the restrictions, and this, along with a wide range of public health guidance, has been made available in a variety of formats, including easy read, British Sign Language and audio.

“Letters detailing shielding advice for the clinically extremely vulnerable are also available in a range of formats and languages, and are also sent by email where an individual has registered an email address with their GP practice.”

But Leadbetter says her GP and NHS trust do not have her email address because they will not correspond with her by email.

Leigh Day believes that DHSC is failing in its duties under the Accessible Information Standard, and its reasonable adjustment duty under the Equality Act, to “proactively identify those with communication needs arising out of their disability, record those needs and then ensure accessible correspondence is sent to the recipient”.