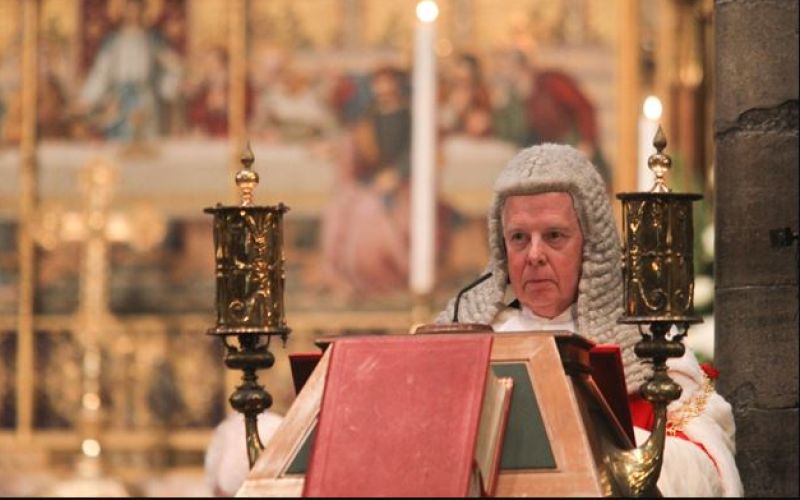 The head of the judiciary has blamed the parliamentary logjam caused by Brexit for preventing the introduction of vital new laws that would make it easier for disability hate crime to be punished with stricter sentences.

The Lord Chief Justice, Lord Thomas, who retired last month, told the chief executive of the Crown Prosecution Service (CPS), Nick Folland, that he agreed that too few disability hate crimes were being met with increased sentences.

He said that new legislation was needed to address the problem but that the time parliament was spending securing the UK’s withdrawal from the European Union meant that this would not be possible in the next few years.

Folland told CPS’s community accountability forum in September that Lord Thomas (pictured) had made the comments to him in a private meeting earlier this year.

Anne Novis, a leading disability hate crime campaigner and adviser to the CPS and the Metropolitan police, and a member of the forum, was given permission by a senior CPS manager to pass the comments to Disability News Service (DNS).

Novis had raised concerns with the forum that too many offenders convicted of serious disability hate crimes were not being given enhanced sentences.

The courts have a legal duty* to increase sentences for offences found to be motivated by disability-related hostility.

It was through their persistence, and the cases of concern that they had passed to CPS, that the issue was raised with the Lord Chief Justice by Folland.

The CPS report said that the number of sentence uplifts “remains considerably lower than that for other hate crime strands”.

Novis told DNS: “I want the judiciary to publicly and consistently use what legislation we do have, whilst also stating how inadequate it is, and that it is the human right for every person to have equal access to justice.

“I am pleased the Lord Chief Justice recognised the truth and evidence of injustice towards Deaf and disabled people, but do not accept that yet another barrier (Brexit) is used as an excuse to do nothing.

“The judiciary could assist us by revealing to government how important it is that the law is equal around hate crime.”

Brookes, who also attended the forum meeting and confirmed the comments made about the meeting with the Lord Chief Justice, said there was a need for members of the judiciary to have “a short, sharp meeting with disabled people”.

He said: “We welcome that he has taken this view, but – quite frankly – what are the judiciary doing about this?

“The law has to be changed to make it work.”

Brookes, who advises CPS and the Lancashire and West Yorkshire police forces on disability, said the failure to apply the existing laws was “a sad reflection on the intransigence of the judiciary.

“The legislation that is there isn’t working because they are not working.”

A CPS spokesman said he was not able to say “whether a comment was made or not” by Folland in the forum meeting.

The Judicial Office was unable to contact Lord Thomas, who has now retired, to ask him about his comments.

The Home Office had not commented by noon today (Thursday).

One of the cases raised by Novis was that of Lee Irving, who was imprisoned, tortured over nine days and brutally murdered before his body was dumped on waste ground in Newcastle.

But although Northumbria police and CPS had treated his death as a disability hate crime, the judge decided in sentencing last year that there was not enough evidence to prove that any of the offences were motivated by disability-related hostility.

She told how the judge had said, in sentencing, that even though Irving’s murderer, James Wheatley, had repeatedly used the word “spastic” in text messages, he was “not able to infer that such language was used towards Lee Irving at the time or immediately before or after [his] murderous assault”.

He believed instead that Wheatley had been “motivated in this offence not by hostility towards those with disability but by [his] vicious and bullying nature which particularly takes advantage of those who are unable or less able to resist”.

McKinnell said she believed the case called into question whether the current legislation was fit for purpose, because it was “unclear how anyone could prove a disability hate crime under the threshold unless the perpetrator made such an admission”.

Picture: Lord Thomas speaking at the annual judges service at Westminster Abbey in 2013