You are here: Home / Politics / Horror over Miller’s ‘fox in a hen-house’ equality appointment 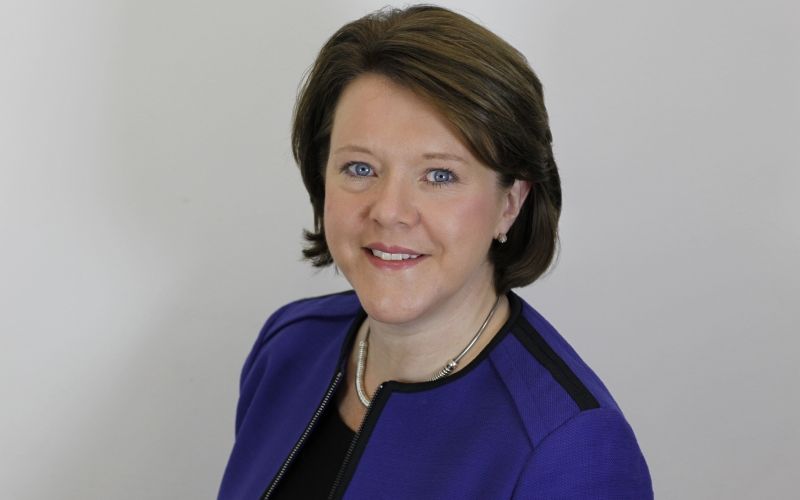 The prospect of a former Tory minister for disabled people chairing a new Commons select committee on women and equalities has horrified disabled activists.

Maria Miller was the first minister for disabled people under the last coalition government, and became a hate figure for the anti-cuts movement during more than two years in the post.

Miller was so unpopular that she was not asked to present medals at the London 2012 Paralympic Games even though she was minister for disabled people until part-way through the games, and then became secretary of state for culture, media and sport.

She presided over plans to replace and cut spending on disability living allowance, announced the closure of the Independent Living Fund, and refused to assess the cumulative impact on disabled people of a raft of welfare reforms and cuts to services.

She later resigned as culture secretary over an expenses scandal, after being forced to apologise to the House of Commons for her attitude to an investigation by the parliamentary commissioner for standards. She was criticised when her apology to fellow MPs lasted just 32 seconds.

Miller also appears to have a questionable record on LGBT issues. Apart from legislation allowing same sex couples to marry, which she was responsible for as a minister, she has either voted against or was absent for at least four other votes on gay rights issues.

Now she will chair the new women and equalities select committee, which will aim to hold the government to account on its performance on gender, age, race, sexual orientation, disability and transgender and gender identity issues.

Each party is allocated a certain number of select committees to chair, according to the number of MPs they have.

Select committee chairs are elected by a secret ballot of all MPs, but Miller was the only candidate nominated to chair the women and equalities committee and so has already been appointed.

Linda Burnip, a member of the steering group of Disabled People Against Cuts, said: “As minister for disabled people, Miller was responsible for implementing a wide range of vicious cuts which have been inflicted on disabled people, including announcing the closure of the ILF, the scrapping of DLA and the failure of the government to monitor the vicious impact of their cuts on the lives of disabled people.

“To be told that she will now be chair of the new women and equalities Commons select committee, with a brief to ‘hold the government to account on its performance on gender, age, race, sexual orientation, disability and transgender and gender identity issues’, is at the very least offensive and at worst an absolute disaster for any equality agenda.”

John McArdle, co-founder of Black Triangle, said Miller was “an absolute enemy of equality and has been involved in the systematic denial of the fundamental human rights of sick and disabled people”.

He said: “It is like putting the fox in charge of the hen-house.”

Pat Onions, founder of Pat’s Petition, said: “Her past responsibilities and actions do not bode well for her new role.

“In her job as minister for disabled people, she made so many lives utter hell.

“She was helping implement some of the worst reforms that had negative impact on many women and disabled people.

“How can Miller hold the government to account on its performance on disability with a track record like hers?”

Gary Bourlet, co-development lead for People First England, called for the chairs of select committees to be voted on by the public, and for there to be a select committee solely on disability.

Sir Bert Massie, former chair of the Disability Rights Commission, said Miller’s appointment was “not very surprising” because of her past government posts, and he suggested that the committee would mostly focus on gender issues.

He said: “It would have been better if the chair had a clear record of promoting equality, but in fairness this has hardly been a government priority since 2010.”

Miller said, in a statement released on her appointment: “Britain has a proud history of challenging inequity and intolerance but, in any society, there will always be a need to shine a light on discrimination in whatever form it takes.

“I look forward to working with the members of the committee to scrutinise and help improve the effectiveness of government equality policy.”

There is also concern at another potential appointment, with Labour MP Frank Field set to chair the influential work and pensions select committee.

The committee was chaired throughout the last parliament by the disabled MP Dame Anne Begg, but she lost her seat in last month’s SNP landslide in Scotland.

Field is facing opposition from fellow Labour MPs Kate Green, the shadow minister for disabled people, and Teresa Pearce, who was a member of the committee in the last parliament, and is a former tax investigations specialist, but it is thought likely that most Conservative MPs will vote for Field.

Field, a minister for welfare reform in Tony Blair’s government in 1997-98, was later appointed as a poverty czar in David Cameron’s coalition government and is seen as being on the right wing of the Labour party. He was also chair of the social security select committee from 1993 to 1997.

Academics who have researched the stigma attached to claiming benefits in Britain found “a quite exceptional peak in references to fraud” in the media in the late 1990s, when Field was welfare reform minister.

The Benefits Stigma in Britain report, published by the charity Turn2us in November 2012, suggested that expectations for a welfare reform white paper published by Field had been “heavily stoked”, but that the document “lacked any radical content”.

The report adds: “Tackling benefit fraud, which had featured in Labour’s election manifesto, was the fallback policy and was given huge promotion in order to show that something was actually happening.

“Social security ministers can always get coverage for a new crackdown on benefit fraud, and that is what they tend to do when they have no other newsworthy policies to promote.”

Sir Bert said that Dame Anne “did a great job in drawing attention to the important issues” on work and pensions in the last parliament.

He added: “I know Frank Field and at least he understands the benefits system, but I’m not sure what approach he will adopt.

“I don’t sense he is anti-disabled people, but he does have a very independent mind.”

He pointed out that both Field (1969-79) and Kate Green had led the Child Poverty Action Group, and that Field was “something of a radical in those days”.

On his website, Field says he is opposed to Iain Duncan Smith’s universal credit reforms, which bring together six benefits into one single, monthly, means-tested payment, because “means-testing only encourages dependency”.

Field has argued that the welfare state should be replaced with four mutual insurance funds, owned and controlled by contributors – rather than the government – for pensions, unemployment pay, social care and the NHS.

Rick Burgess, co-founder of New Approach, which campaigns to scrap the “fitness for work” test, said: “Miller and Field – if appointed – indicate loudly the direction of travel of the Westminster party establishments is firmly post-welfare, post-rights and post-democracy.

“The implications for disabled people are profound and require a radical reappraisal of how we are going to survive this era.”