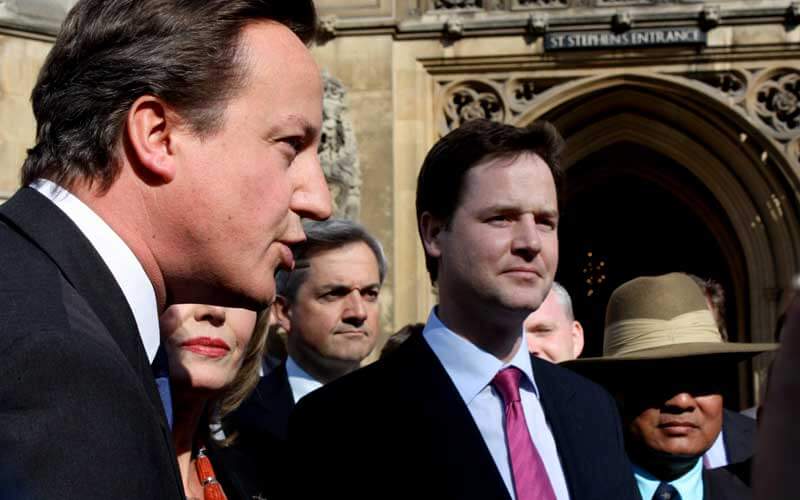 The prime minister has been accused of “hypocrisy” after admitting that his constituency office in Oxfordshire is not accessible to many disabled people.

The office in High Street, Witney, is on the first floor of a building with no lifts, a situation that appears to be a clear breach of article 29 of the UN Convention on the Rights of Persons with Disabilities (UNCRPD).

Cameron is the most high-profile MP so far to be exposed by Disability News Service (DNS) for publicly calling for more to be done to make society accessible to disabled people, while privately running a constituency office that prevents disabled people from participating in politics.

The admission from Cameron’s office has angered disabled activists appalled by another example of government double-standards on disability.

In July 2013, launching the government’s Disability Confident campaign, Cameron told an audience of business leaders in London: “When you’ve had the privilege – and it is a privilege – of bringing up a profoundly disabled child [his disabled son Ivan died in 2009], it is a complete eye opener.

Although – like all other MPs approached so far by DNS – Cameron holds surgery appointments with constituents in accessible venues, other constituency work is carried out in the first-floor, high street office, potentially denying disabled people volunteering or employment opportunities.

Cameron joins his minister for disabled people, Mark Harper, and his work and pensions secretary, Iain Duncan Smith, who have both been revealed to work from inaccessible constituency offices.

A spokeswoman for Cameron said: “The constituency office is on the first floor above a business.

“All surgery appointments are arranged in advance and, where necessary, we rent a room in a nearby building to accommodate elderly or disabled constituents.”

She refused to comment when asked whether Cameron was guilty of hypocrisy for encouraging organisations to be accessible to disabled people, but making no effort to do so himself in his own constituency office.

She refused to say what Cameron would do if a disabled person wanted to apply for a voluntary or paid position that involved working in or visiting his constituency office.

DNS has also approached the leaders of Labour and the Liberal Democrats about the accessibility of their constituency offices.

The office of Nick Clegg, deputy prime minister and leader of the Liberal Democrats, and Cameron’s coalition partner, is spread over two floors of a building in Sheffield.

A spokesman for Clegg admitted that the upstairs offices, where case workers are based, were “totally inaccessible to anyone in a wheelchair, so it’s not a perfect situation”.

He also said the ground-floor area has “a small step which makes it difficult for some heavier wheelchairs to get over it”.

He said: “We don’t employ anyone who is disabled… if someone were to be, we are perfectly capable of having the arrangements where they could work downstairs. Is it an ideal situation? No.”

He also admitted that there was no accessible toilet in the building, and that he did not know if there was a hearing loop.

He said: “It’s far from… the perfectly accessible building but equally we would be happy to make any sort of arrangements or changes… if the situation arises that people required access.”

He said he would ask Clegg if he would promise to move to an accessible constituency office.

Labour leader Ed Miliband’s constituency office is also on the first floor of a building without a lift, in Doncaster.

The building does have a ground-floor reception area, but no accessible toilet.

Miliband’s office manager, Chris Taylor, said: “If we had a member of staff who was disabled [we would] have to change what [we are] doing. I don’t think there would be an alternative other than to find [different] accommodation.”

He said that one possibility would be to swap offices with one of the tenants on the ground floor, but he accepted that the lack of an accessible toilet would still be a problem.

Taylor said there would be advantages to moving to an accessible office, and he promised to ask Miliband if he would commit to such a move.

Although three part-time members of staff work in the office, the situation with volunteers is different from many other MPs, as three neighbouring Labour constituencies – including Miliband’s – share an accessible building in the centre of Doncaster, where much of the volunteering work is carried out.

There is also an accessible meeting-room, four miles from the constituency office, which Miliband often uses.

The spokesmen for Clegg and Miliband both said that all of their constituency surgeries were held in accessible venues.

Debbie Jolly, a member of the steering group of Disabled People Against Cuts, said: “What this information tells us is what we’ve already come to believe – disabled people don’t matter and are not thought of as equal citizens who should enjoy equal rights by leaders of the main parties.

“Cameron, in particular, treats everyone to stories of his disabled son when convenient to claim ‘understanding’, but then soaks himself in hypocrisy with almost every word he utters.”

She said that both the UNCRPD and the “diluted” Equality Act put accessibility “at the heart of disabled people’s equality”.

Deborah King, co-founder of Disability Politics UK, said: “David Cameron and the other party leaders need to stop saying one thing and doing another.”

She said that access to politics was supposed to be guaranteed under the UN convention.

Article 29 of the convention says countries such as the UK should “promote actively an environment in which persons with disabilities can effectively and fully participate in the conduct of public affairs, without discrimination and on an equal basis with others, and encourage their participation in public affairs”.

It says this should include participation in “associations concerned with the public and political life of the country, and in the activities and administration of political parties”.

King said: “We want the party leaders to ensure that all MPs have accessible constituency offices.

“We need a public commitment from them before the general election, or disabled voters will just assume they can’t be bothered.

“What we’d like is a practical and genuine commitment to getting disabled people access to politics – as volunteers, as paid staff and as elected representatives. We might then get fewer policies which adversely affect disabled people.”

She also called for all MPs to state on their websites whether their constituency offices and surgeries were accessible. 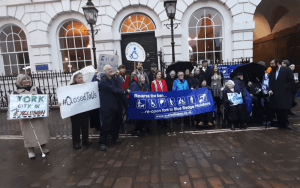 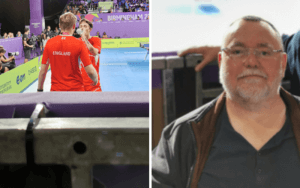