You are here: Home / Benefits and Poverty / It is ‘not value-for-money’ to collect vital PIP stats on 20-metre rule, says DWP 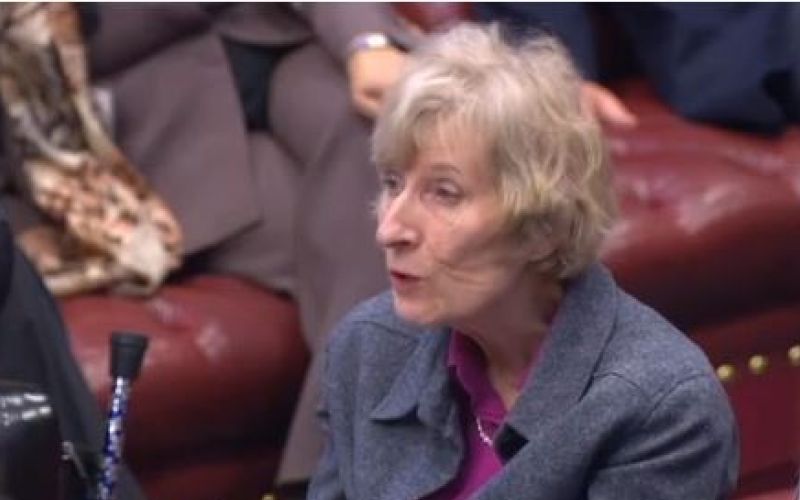 Two disabled peers have criticised ministers for refusing to collect figures that would demonstrate the impact of a key element of new benefit rules that will see tens of thousands of people losing their Motability vehicles.

The Liberal Democrat peer Baroness [Celia] Thomas and the crossbench peer Baroness [Tanni] Grey-Thompson spoke out after a Lords debate on the so-called “20-metre” rule, introduced by the government as part of its new personal independence payment (PIP).

Under disability living allowance (DLA), someone is eligible for the higher mobility rate if they cannot walk more than 50 metres, but under the new rules for PIP – which is gradually replacing working-age DLA – this walking distance criterion has been set at just 20 metres.

Those who are not eligible for the PIP mobility enhanced rate are not able to hire a vehicle through the Motability scheme.

Last week, Baroness Thomas proposed a motion in the House of Lords in which she called on ministers to agree to an urgent meeting with Disability Rights UK and the Disability Benefits Consortium over the unfairness of the 20-metre rule, which she described as “a real slap in the face for thousands of disabled people”.

Government figures have predicted that, with the criteria set at 20 metres, the number of people receiving higher rates of mobility support – and therefore eligible for a Motability vehicle – will plunge from 1,030,000 (if DLA had not been replaced by PIP) to just 602,000 by 2018.

Baroness Thomas (pictured during the debate) told fellow peers that between 400 and 500 Motability cars a week were being handed back by disabled people who had been reassessed for PIP and “whose condition may not have improved but who are losing not just their car but, in many cases, their independence”.

She pointed out that when the government was forced to consult on the 20-metre rule, the overwhelmingly majority of the 1,000-plus responses said it was “manifestly unfair, not to say meaningless”.

She said: “To be told that the bill for PIP is too high and must be cut by more than halving the walking distance test is a real slap in the face for thousands of disabled people, particularly those of working age with lifetime awards under DLA.”

But Baroness Altmann, the pensions minister, claimed that PIP claimants who can walk more than 20 metres but less than 50 metres can still receive the enhanced mobility rate of PIP if they cannot walk the distance “safely, reliably, repeatedly and in a timely manner”.

She said this meant that there was “not a strict 20-metre rule” but that 20 metres was “an indication”, and “if somebody can walk more than 20 metres, they can still get the enhanced rate component”, although she admitted that “it does depend on the assessment”.

But when asked by Lord McKenzie, a Labour shadow work and pensions spokesman, how many people had qualified for the enhanced rate under the PIP “moving around” activity despite being able to walk more than 20 metres, she said: “Of course, I do not have those figures to hand and I do not know whether they are available.”

When Disability News Service (DNS) asked the Department for Work and Pensions (DWP) after the debate whether it collected those figures, a DWP spokesman confirmed that it did not.

He said: “We collect a wide range of information on PIP assessments and make a judgement on the level of detail to capture.

“Every level of detail captured incurs costs and we have to take a judgement on whether these costs provide value for money for the taxpayer.”

When told of this response, Baroness Thomas told DNS: “How can the DWP expect parliamentarians to scrutinise what they are doing when we aren’t given the full facts?

“Ministers are often very good at picking and choosing statistics to suit their case, expecting the rest of us to swallow them whole. This isn’t good enough.

“Both the department and parliament ought to have as full a picture as possible of the impact of the PIP changes on both new and reassessed claimants.”

Baroness Grey-Thompson added: “I think it is hugely disappointing that they are not measuring this, not least because it might help Her Majesty’s Government work out how much they may be ‘saving’.

“I would have thought the data would have helped them make informed decisions about any future potential changes.”

Three other disabled peers had also raised concerns in the debate about the impact of the 20-metre rule.

Baroness [Sal] Brinton, the disabled president of the Liberal Democrats, pointed to the case of Tom Carter, whose case was reported by DNS last year, and who was forced to return his Motability car after a PIP reassessment saw his mobility award reduced from enhanced to standard rate.

Losing the car meant he was unable to travel to hospital for the vital x-rays he needed after losing a leg to bone cancer.

Another disabled peer, Lord [Colin] Low, said the 20-metre threshold was “completely arbitrary”, whereas 50 metres was “a well-established and research-based measure of significant mobility impairment”.

He said: “Making a change that means that people who need a Motability car to go to work lose their car flies in the face of the government’s welfare-to-work agenda and their aim to halve the disability employment gap.”

Baroness Masham, another disabled peer, and a vice-president of Motability, said the loss of the enhanced rate of mobility was “a desperate situation for some disabled people living in rural districts who have no public transport”.

She said: “If they have employment, they will lose it. They will also lose the independence needed for a social life and will have to use hospital transport for hospital visits, costing the NHS much-needed funds.?”

Baroness Grey-Thompson, who receives the upper mobility rate of DLA, although she does not have a Motability vehicle, said she was waiting to be called for her PIP reassessment.

She said: “I believe that the 20-metre guideline is an arbitrary number – where does 20 metres get you? It is barely the distance from one wall of the [Lords] chamber to the other.

“How can we reasonably expect people who can walk only 20 metres not to require some sort of assistance?”

Baroness Altmann said the government was “happy to engage” with disability groups, but insisted that PIP was “performing well”.

She said: “Under DLA, too many people were given lifetime awards – that is at the heart of some of the problems we have been hearing about this evening – whereas under PIP claimants have regular reviews to make sure that the support they get reflects their current circumstances.”

And she said the PIP reforms were not about saving money, as the government was “spending more on PIP, and more people have Motability cars now than when PIP started”.

But in a surprise move, Baroness Thomas had packed the chamber with fellow Liberal Democrats, who ensured that her motion was passed.

The DWP spokesman later confirmed that the meeting with Disability Rights UK and the Disability Benefits Consortium would take place.

He said: “I can confirm that the arrangements are currently being finalised for the minister to meet disability charities next week to talk about the issues raised in the debate.”

Disability Rights UK said after the debate that Motability and government figures suggest that about 1,500 disabled people a week who previously received the higher DLA mobility rate were not being awarded its PIP equivalent after being reassessed, a loss to each individual of about £1,800 per year.

A DR UK spokesperson said: “The result is devastating on their independence and has resulted in loss of employment for some.”

It called for all those claimants who cannot reliably walk up to 50 metres to be awarded the enhanced mobility rate of PIP.